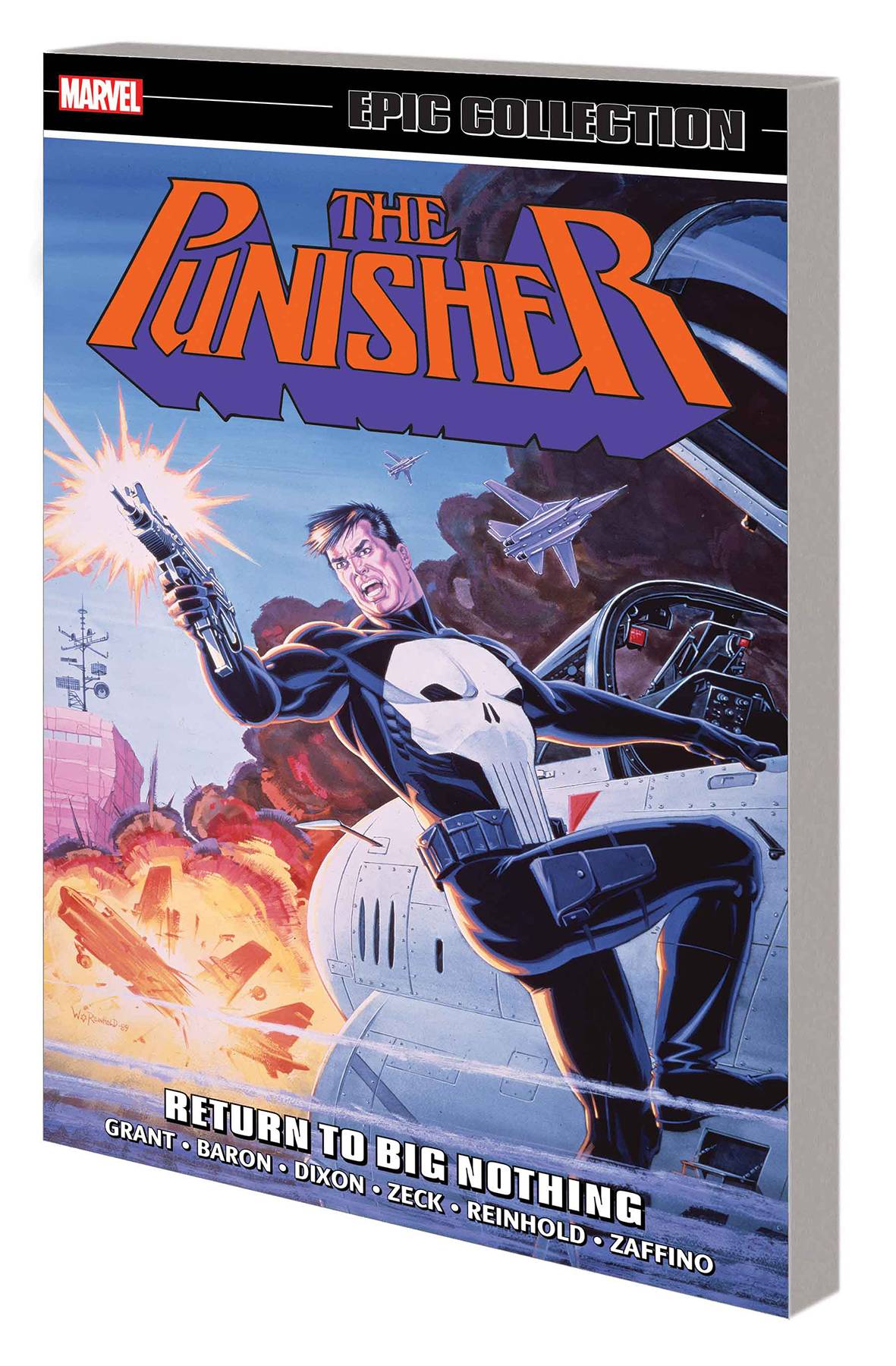 #
MAR210717
(W) Mike Baron, More (A) Russ Heath, More (CA) Bill Reinhold
Don't call him Big Nothing! In an acclaimed graphic novel, the Punisher has a run-in with an old sergeant that takes him back to his Vietnam days - but now they're on opposite sides! Then a fed-up Frank Castle targets corporate corruption - with a nuclear submarine! But when super villains wreak havoc with "Acts of Vengeance," the Punisher takes on a very unfamiliar foe: Doctor Doom! Frank gives his confession, hears a murderer's sins and goes undercover to end a motorcycle gang's reign of terror - but he'll need a high-tech solution to battle the cyborg Reavers! Plus: Money launderers, drug pushers and a murderous secret society are punished in Frank's relentless war on crime! Collecting PUNISHER (1987) #26-34 and ANNUAL #3, CLASSIC PUNISHER #1, EPIC GRAPHIC NOVEL: PUNISHER - RETURN TO BIG NOTHING, MARVEL GRAPHIC NOVEL: PUNISHER -
INTRUDER and PUNISHER: KINGDOM GONE.
Rated T+
In Shops: Jul 21, 2021
SRP: $44.99
ORDER WISH LIST