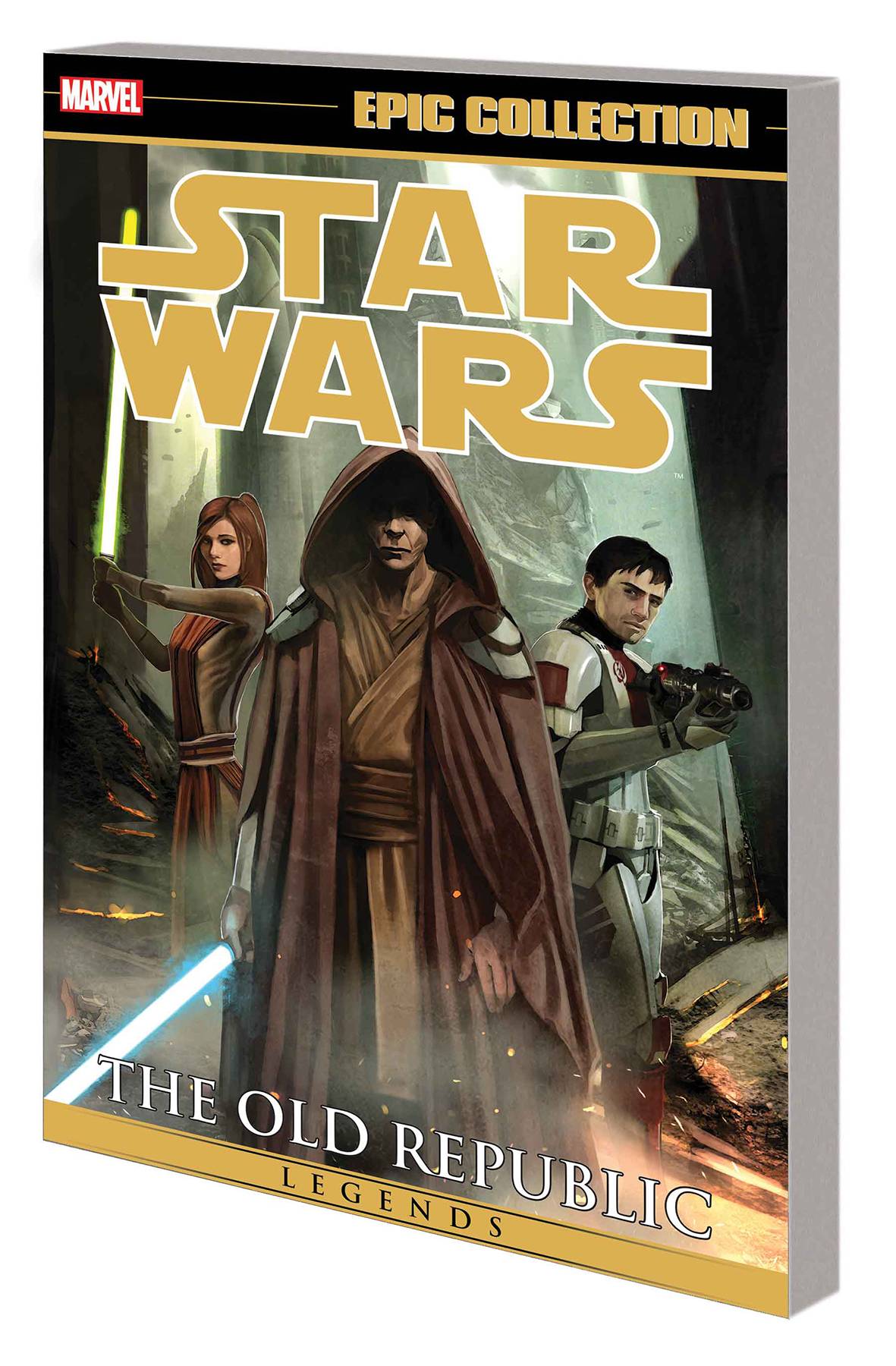 #
MAR210716
(W) Rob Chestney, More (A) Alex Sanchez, More (CA) Benjamin Carre
The Sith Empire has returned to the galaxy! Determined to crush the Republic that sent them into exile, the Sith launch an attack on the galaxy's Outer Rim - with their sights set on the Core Worlds, the heart of galactic unity. The Sith's Dark Council claims to want peace - but both sides have unleashed spies that could turn the tide of war! And on a frozen world, a lost tribe of Sith cut off from the galaxy is about to have its fate changed forever, as a rebellious outcast discovers ancient secrets that will lead him and his allies to the stars - and beyond! Collecting STAR WARS: THE OLD REPUBLIC #1-6, STAR WARS: THE OLD REPUBLIC - THE LOST SUNS #1-5, STAR WARS: LOST TRIBE OF THE SITH - SPIRAL #1-5 and material from STAR WARS TALES #17 and STAR WARS VISIONARIES.
Rated T
In Shops: Jun 02, 2021
SRP: $39.99
View All Items In This Series