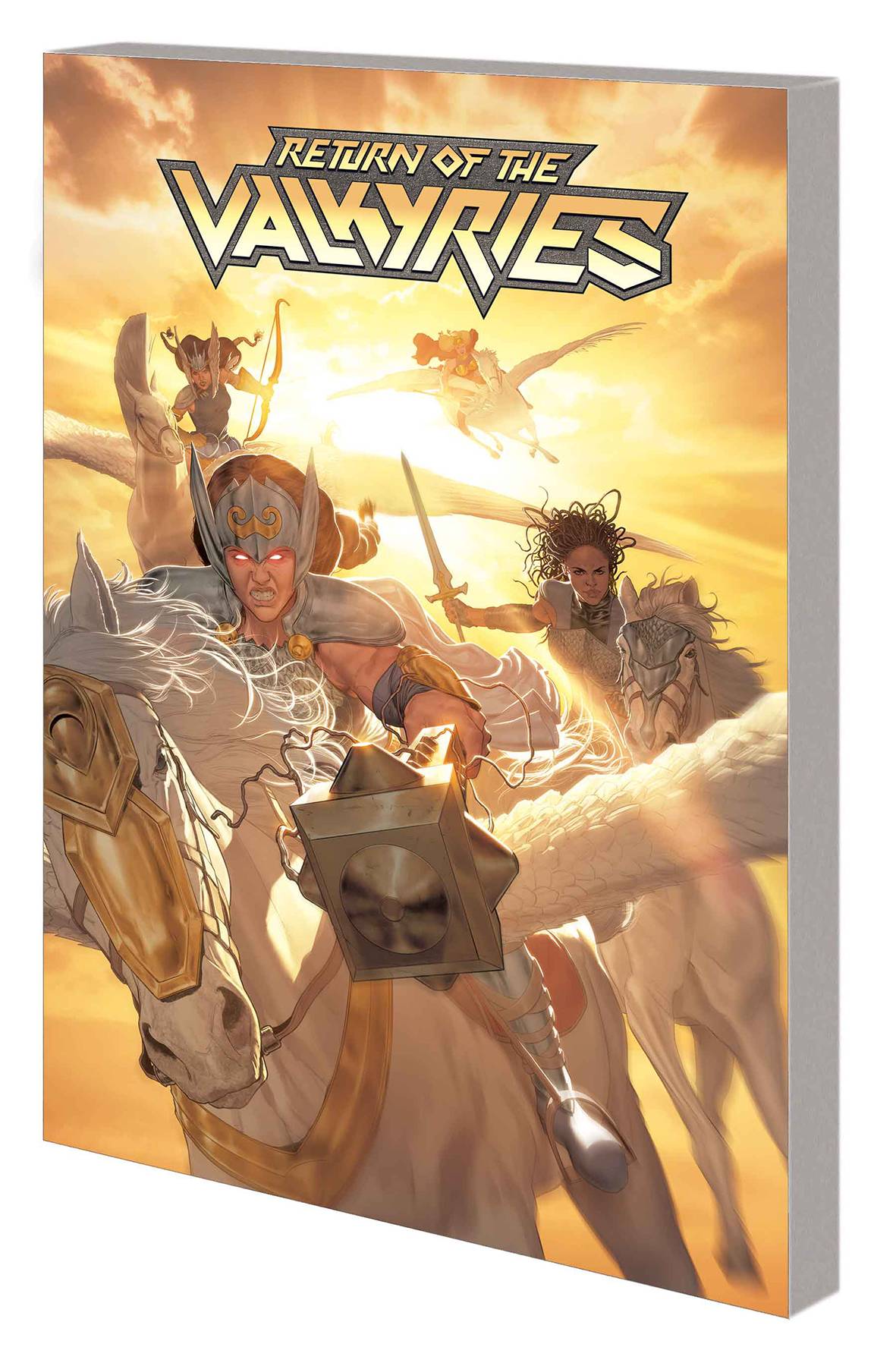 #
MAR210702
(W) Jason Aaron, Torunn Gronbekk (A) Nina Vakueya (CA) Mattia De Iulis
Once there was an entire army of Valkyries, but now Jane Foster is the only one. And when Knull and his symbiote horrors come to Earth - and the planet's guardian, the Sentry, falls - all Jane sees when she looks at our big blue planet is a vision of death. To help stop the King in Black, Jane must rebuild the Valkyries - starting with Hildegarde, a warrior from Asgard's hallowed halls, and the X-Man Dani Moonstar, a former Valkyrie herself. But what Jane doesn't know is  she was never the only Valkyrie after all! Who is the fourth warrior? Elsewhere, unknown to Jane, Knull's power has spread across the galaxy and infected creatures even older than the gods...and it may not matter how many Valkyries Jane can bring to their aid! Collecting KING IN BLACK: RETURN OF THE VALKYRIES #1-4.
Rated T+
In Shops: Jun 23, 2021
SRP: $15.99
ORDER WISH LIST