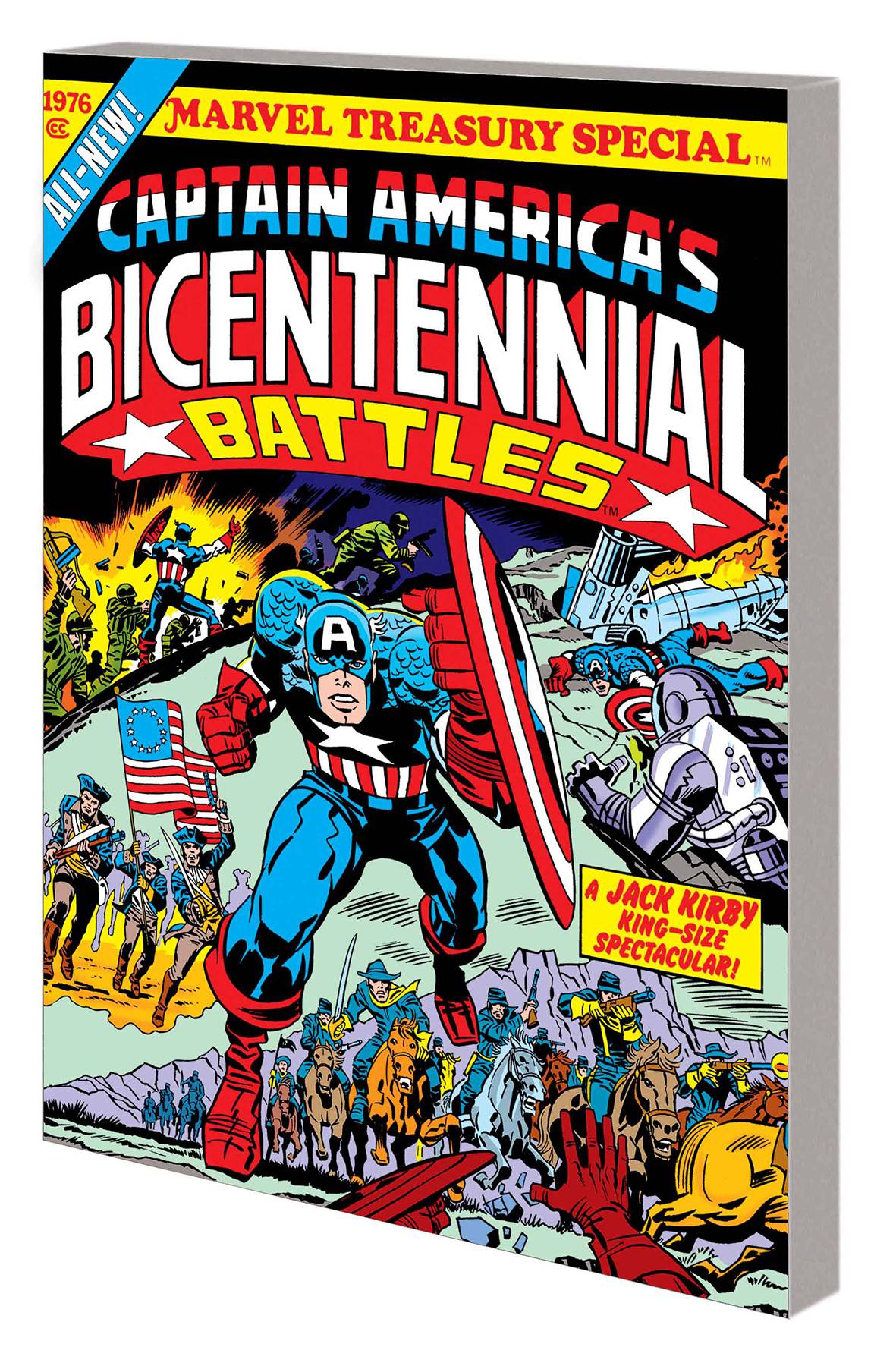 #
MAR210699
(W) Jack Kirby (A/CA) Jack Kirby
The Marvel Treasury Edition that celebrated 200 years of the United States of America is back, as big as life and better than ever! From the unparalleled imagination of Jack Kirby, it's a time-spanning adventure featuring Captain America on an incredible journey through his nation's past - from the American Revolution through two world wars...and more! Steve Rogers meets major historical figures, makes quite an impact on Benjamin Franklin - and takes inspiration from two centuries of American struggle and progress! Reprinted in all its oversize glory along with suitably patriotic special features, this is one of the Sentinel of Liberty's wildest adventures of all, without which no Cap collection is complete! Collecting MARVEL TREASURY SPECIAL: CAPTAIN AMERICA'S BICENTENNIAL BATTLES and MIGHTY MARVEL BICENTENNIAL CALENDAR 1976.
Rated T
In Shops: Jun 16, 2021
SRP: $29.99
ORDER WISH LIST