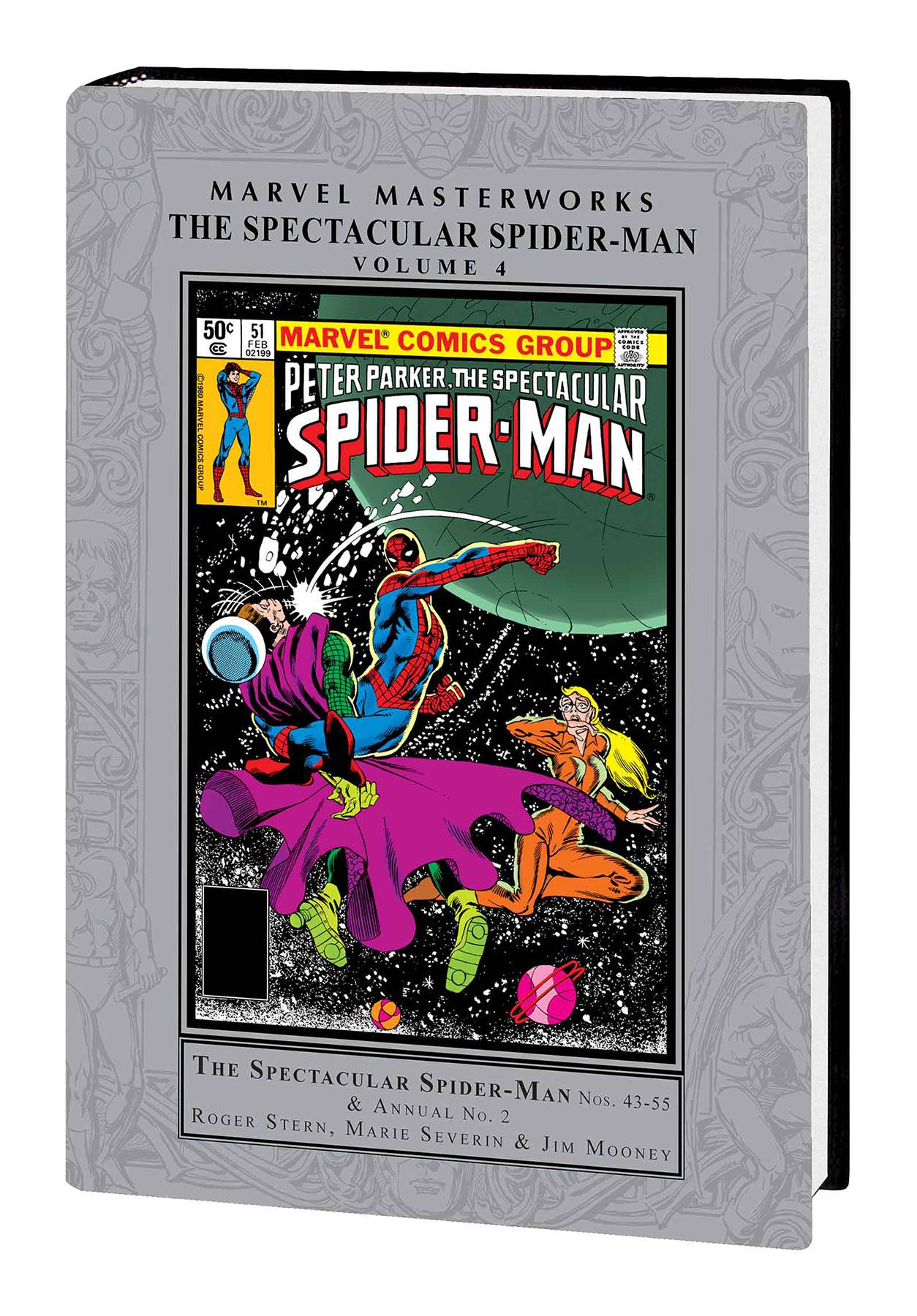 #
MAR210694
(W) Roger Stern, More (A) Marie Severin, More (CA) Frank Miller
Before he would set AMAZING SPIDER-MAN on the path to comics glory, master storyteller Roger Stern did a spectacular job on Spidey's sister title! Producing a run of the wall-crawler's most memorable tales, Stern introduced a host of new and compelling characters - including the gangster Belladonna and a new love interest for Aunt May, Nathan Lubensky - and reinvigorated the Prowler and White Tiger. But don't worry, Stern left room to spare for iconic enemies! The Vulture returns - and he's brought his evil nephew Malachi with him! And another veteran of the Sinister Six, Mysterio, is up to no good, in league with a gang of Spider-Man's oldest villains! This Masterworks volume also includes a double-sized showdown with the man called Rapier! Collecting SPECTACULAR SPIDER-MAN (1976) #43-55 and ANNUAL #2.
Rated T
In Shops: Sep 15, 2021
SRP: $75.00
View All Items In This Series