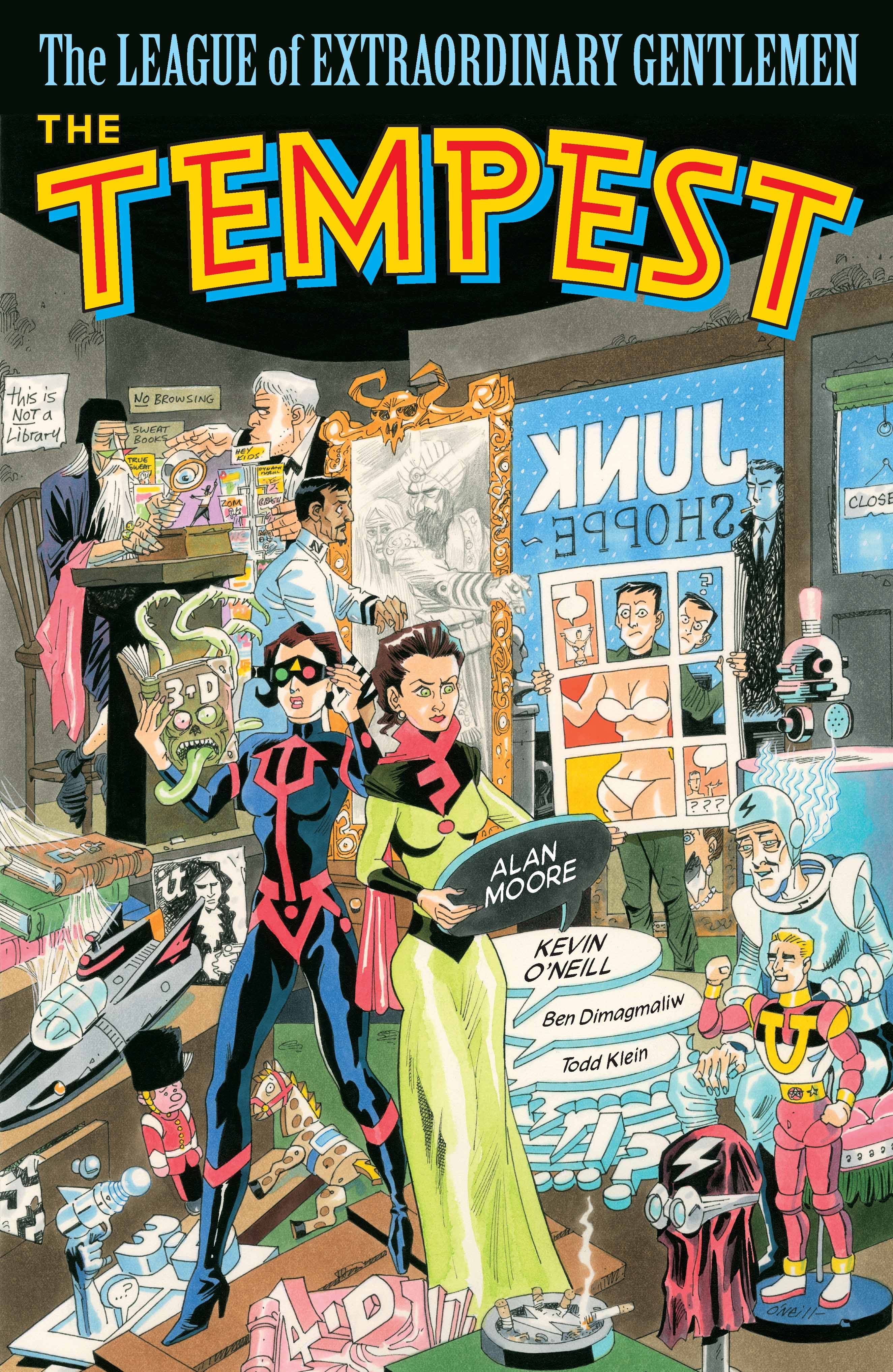 #
MAR210451
(W) Alan Moore (A/CA) Kevin O'Neil
Welcome to the story to end all stories. Two decades of literary League lunacy have all been building to this, the most ambitious meta-comic imaginable.

After an epic twenty-year journey through the entirety of human culture-the biggest cross-continuity 'universe' that is conceivable-Alan Moore and Kevin O'Neill conclude both their legendary League of Extraordinary Gentlemen and their equally legendary comic-book careers with the series' spectacular fourth and final volume, The Tempest. Tying up the slenderest of plot threads and allusions from the three preceding volumes, The Black Dossier, and the Nemo trilogy into a dazzling and ingenious bow, the world's most accomplished and bad-tempered artist-writer team use their most stylistically adventurous outing yet to display the glories of the medium they are leaving; to demonstrate the excitement that attracted them to the field in the first place; and to analyse, critically and entertainingly, the reasons for their departure.

Opening simultaneously in the panic-stricken headquarters of British Military Intelligence, the fabled Ayesha's lost African city of Kor and the domed citadel of "We" on the devastated Earth of the year 2,996, the dense and yet furiously-paced narrative hurtles like an express locomotive across the fictional globe from Lincoln Island to modern America to the Blazing World; from the Jacobean antiquity of Prospero's Men to the superhero-inundated pastures of the present to the unimaginable reaches of a shimmering science-fiction future. With a cast-list that includes many of the most iconic figures from literature and pop culture, and a tempo that conveys the terrible momentum of inevitable events, this is literally and literarily the story to end all stories. Originally published as a six-issue run of unfashionable, outmoded and flimsy children's comics that would make you appear emotionally backward if you read them on the bus, this climactic magnum opus also reprints classic English super-team publication The Seven Stars from the murky black-and-white reaches of 1964. A magnificent celebration of everything comics were, are and could be, any appreciator or student of the medium would be unwise to miss The League of Extraordinary Gentlemen, Volume IV: THE TEMPEST.