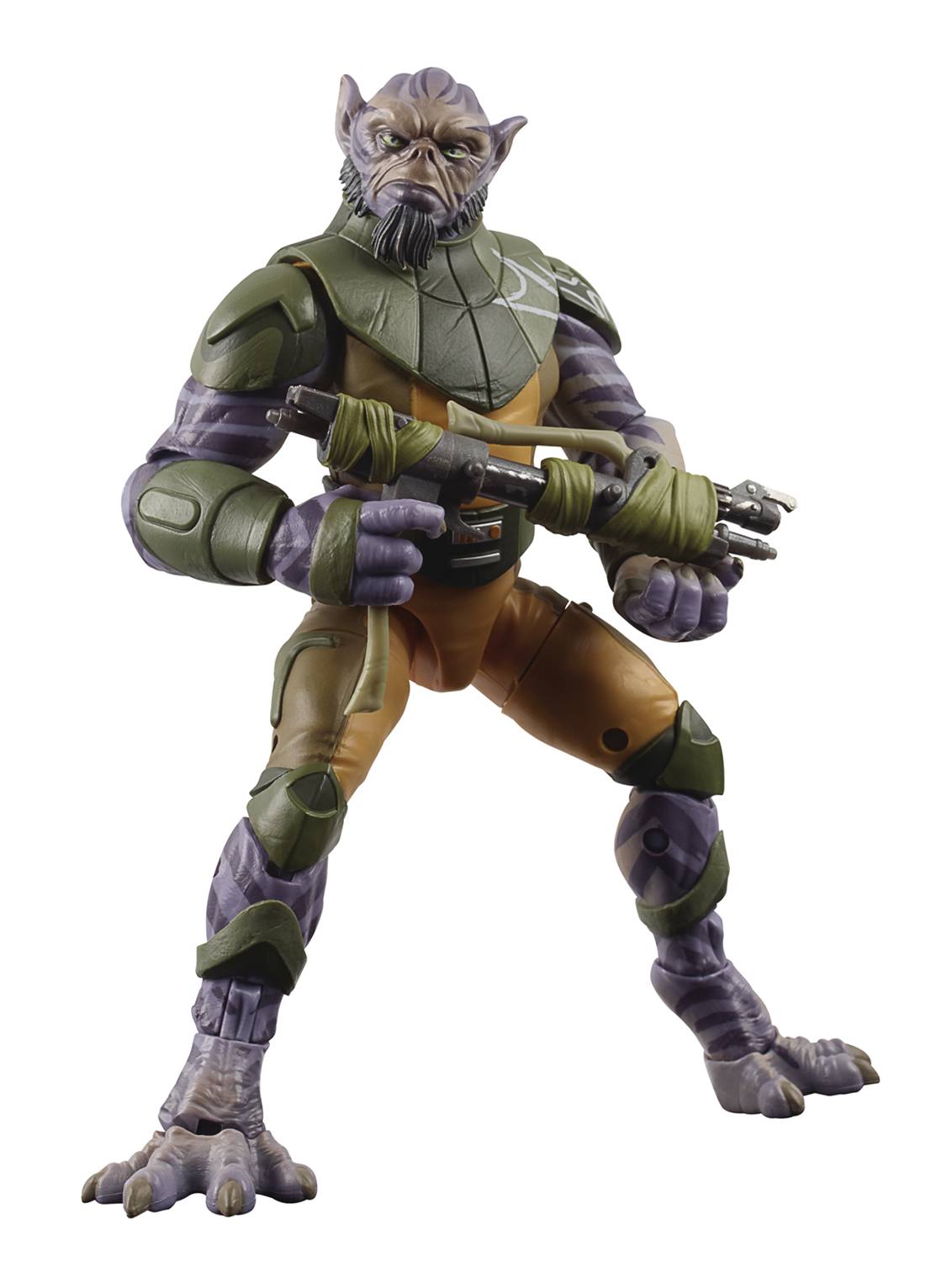 # # # #
MAR208101
Meet the muscle of the Ghost team. Garazeb "Zeb" Orrelios was a cunning Lasat Honor Guard who adopted the cause of rebellion against the Empire! Kids and collectors alike can imagine the biggest battles and missions from Star Wars Rebels saga with these figures from Star Wars: The Black Series! With exquisite features and decoration, this series embodies the quality and realism that Star Wars devotees love. Star Wars The 6-inch scale Black Series includes figures, vehicles, and roleplay items from the 40-plus-year legacy of the Star Wars Galaxy, including comics, movies, and animated series.
In Shops: Jul 22, 2020
SRP: $29.99
ORDER WISH LIST