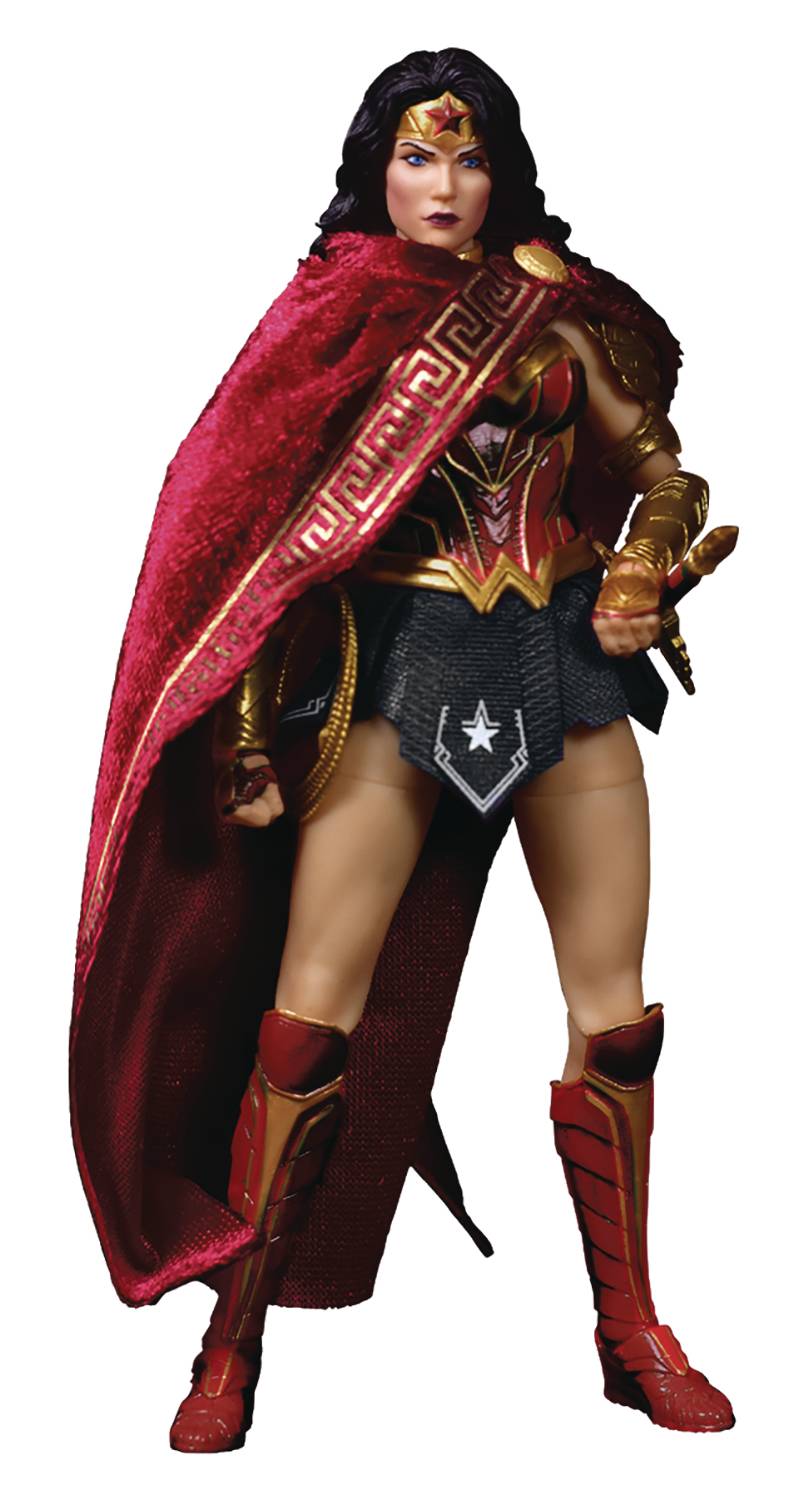 # # # # #
MAR208062
The One:12 Collective Wonder Woman is combat-ready, outfitted in a Themysciran battle suit with removable neck and shoulder armor, worn only by the most elite Amazonian warriors. The fearless demigoddess wears a cape with an integrated posing wire that attaches via a clasp at the neck. Man-made weaponry doesn't stand a chance - bullets ricochet right off her wrist bracelets with the included effects that attach via magnet. Wonder Woman is well-equipped to fight for justice, complete with the Sword of Athena, Lasso of Truth which can be held on her belt, a battle axe, a spear, and a shield. Wise as Athena, stronger than Hercules, beautiful as Aphrodite, and swifter than Hermes, Princess Diana of Themyscira has made it her duty to lead by example and fight for peace. Wonder Woman stands as a symbol of truth, justice, and equality to people everywhere. Each One:12 Collective Wonder Woman Figure is packaged in a collector friendly box, designed with collectors in mind.
In Shops: Jul 14, 2021
SRP: $90.00
ORDER WISH LIST