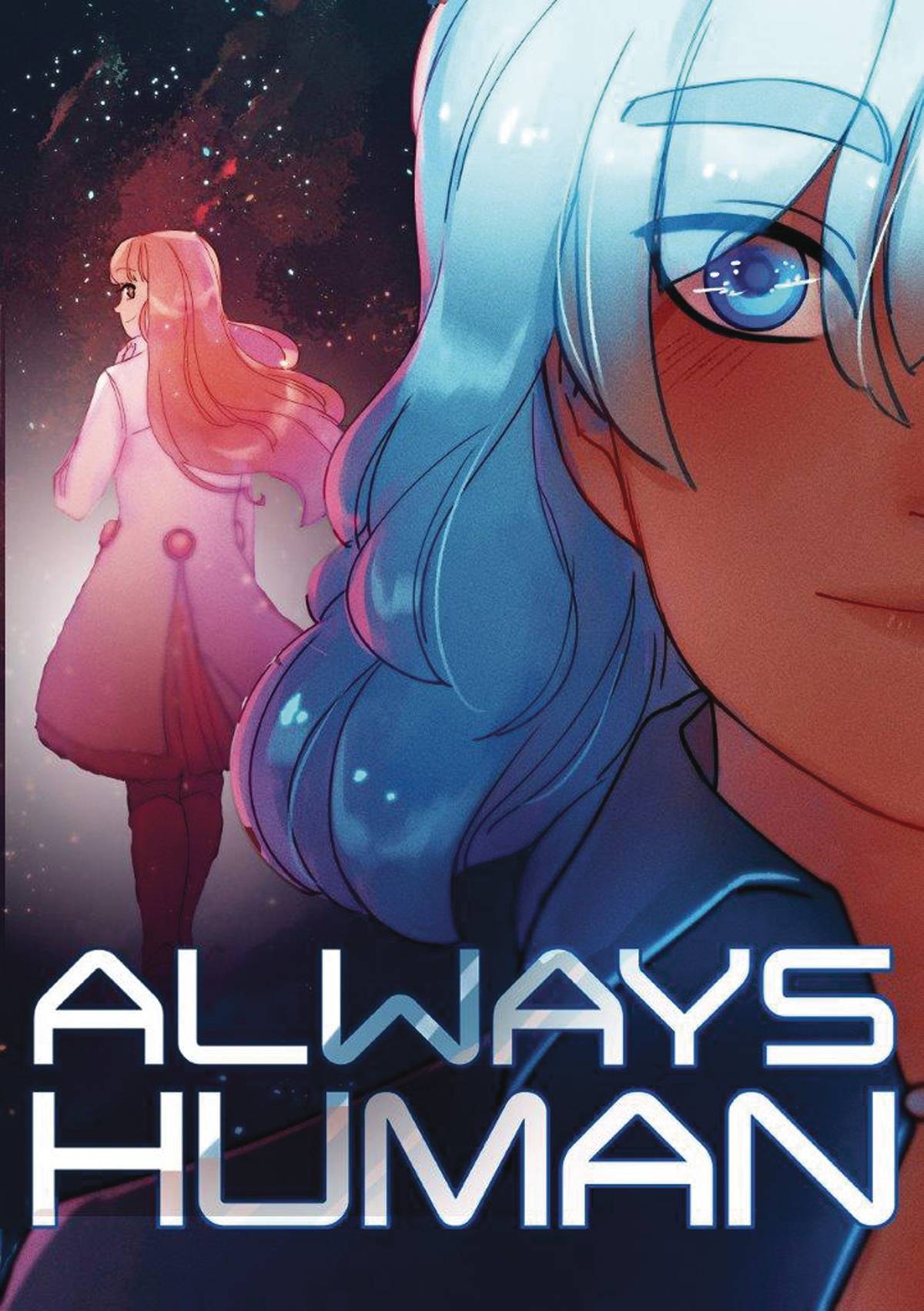 #
MAR202228
(W) Ari W. North (A) Ari W. North
First serialized on the popular app and website WebToon, Always Human ran from 2015-2017 and amassed over 76,000 unique subscribers during its run. Now reformatted for a print edition in sponsorship with GLAAD, Always Human is a beautifully drawn graphic novel about a developing relationship between two young women in a near-future, soft sci-fi setting. Always Human is drawn in a manga-influenced style and with an incredible color palette that leaps off the page!
In the near-future, people use technology to give the illusion of all kinds of body modifications-but some people have "Egan's Syndrome," a highly sensitive immune system that rejects these "mods" and are unable to use them. Those who are affected maintain a "natural" appearance, reliant on cosmetics and hair dye at most to help them play with their looks.
Sunati is attracted to Austen the first time she sees her and is drawn to what she assumes is Austen's bravery and confidence to live life unmodded. When Sunati learns the truth, she's still attracted to Austen and asks her on a date. Gradually, their relationship unfolds as they deal with friends, family, and the emotional conflicts that come with every romance. Together, they will learn and grow in a story that reminds us no matter how technology evolves, we will remain . . . always human.
Rendered in beautiful detail and an extraordinary color palette, Always Human is a sweet love story told in a gentle sci-fi setting by a queer woman cartoonist, Ari North.
In Shops: Jul 08, 2020
SRP: $14.99
View All Items In This Series
ORDER SUBSCRIBE WISH LIST