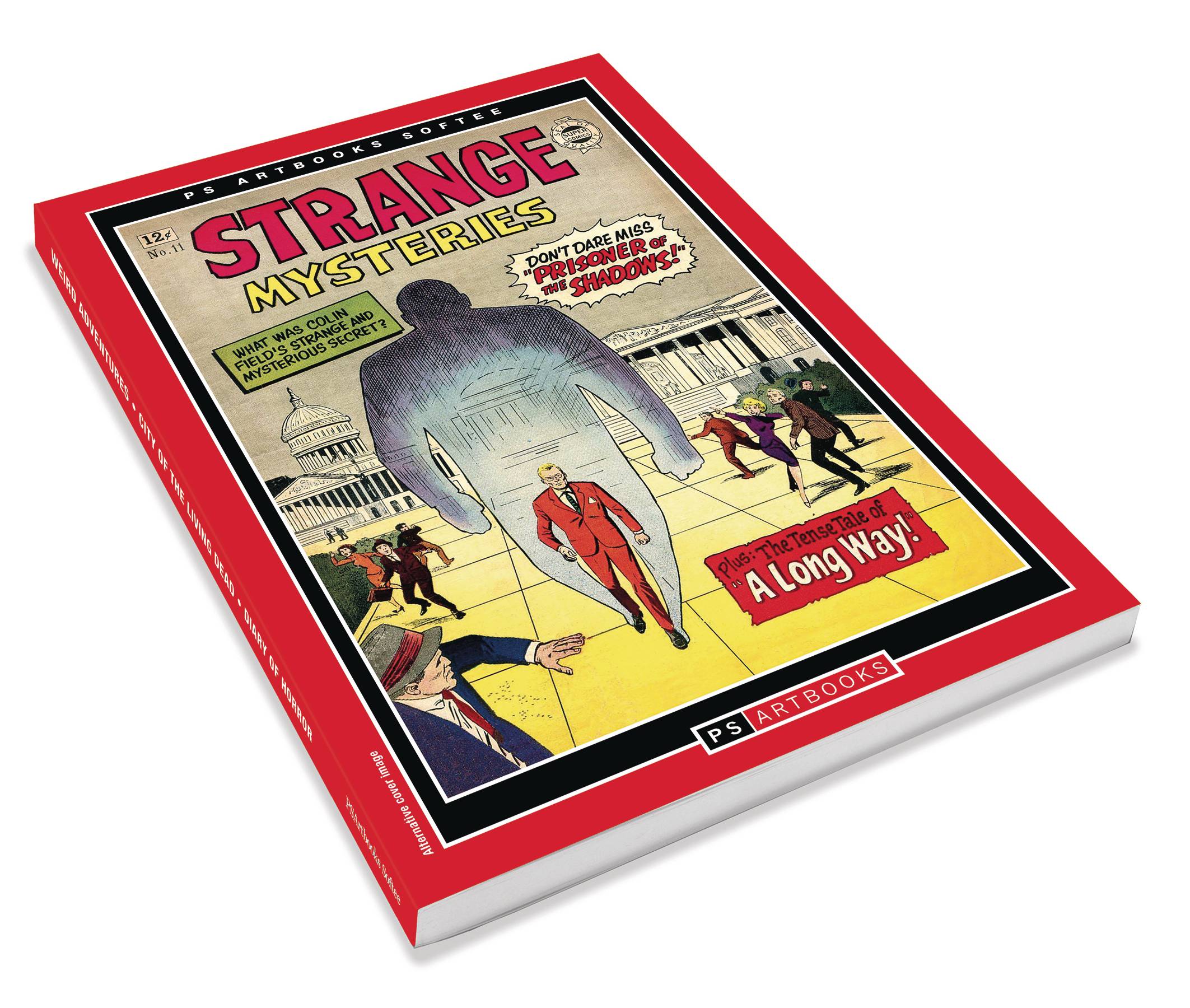 #
MAR202045
(A) Jay Disbrow, Ross Andru, George Appel, Ben Brown, Bernard Bailey, Carl Burgos, Everett Raymond Kinstler, Syd Shores, Gene Fawcette
I.W. Publishing became notorious for publishing unauthorized reprints of other company's comics, often with new covers. The numbering of most of the company's titles is misleading, often not starting at issue #1 and skipping issue numbers. Incredibly though, the company produced 118 separate titles, no mean achievement, which is where we start with Strange Mysteries: issues #9-2, an eccentric mix of weird and strange tales from Jay Disbrow, George H. Appel, Ross Andru, Ben Brown, Bernard Baily and Carl Burgos. So all in all, quite a potpourri plus you get the additional bonus issue Strange Worlds featuring out of this world spine-tingling science fiction fare! Strange Mysteries Softee features the artwork from #11 by Ross Andru as an alternative cover variant.
In Shops: Jul 29, 2020
SRP: $24.99
View All Items In This Series