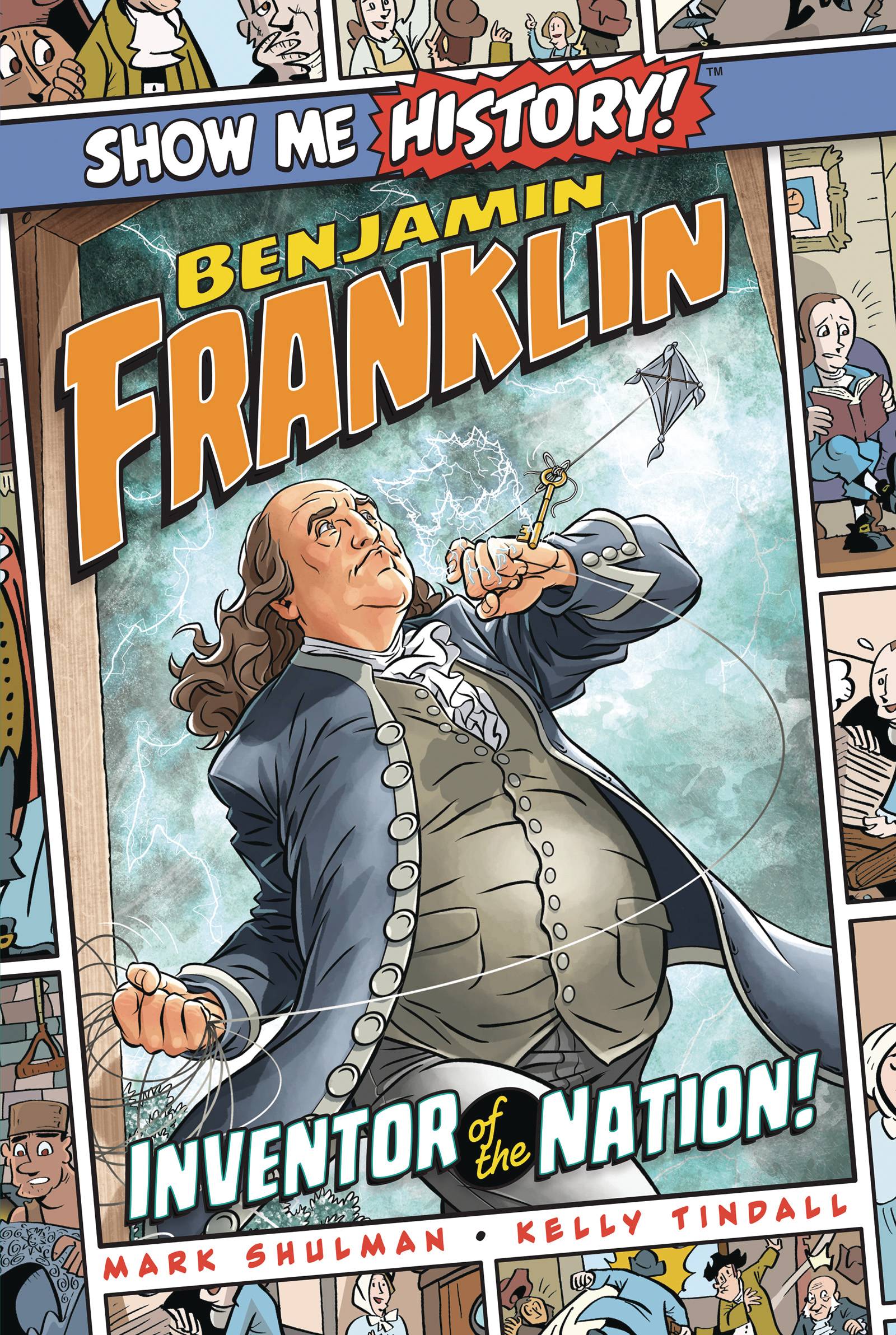 #
MAR202037
(W) Mark Shulman (A) Kelly Tindall, Ian Churchill
Benjamin Franklin has been called one of the most accomplished and influential Americans in history, and his role in shaping the United States has had a lasting impact that is still felt today. From his birth in Boston in 1706 to his days as a printer, inventor, and politician, Benjamin Franklin: Inventor of the Nation! tells the story of "the First American" in an accessible graphic novel format. Franklin's research into topics as varied as electricity, meteorology, demography, and oceanography were as wide-ranging and important as his travels, which took him across the globe as a diplomat for the newly founded United States toward the end of the 18th century.
In Shops: Jul 08, 2020
SRP: $12.99
View All Items In This Series
ORDER SUBSCRIBE WISH LIST