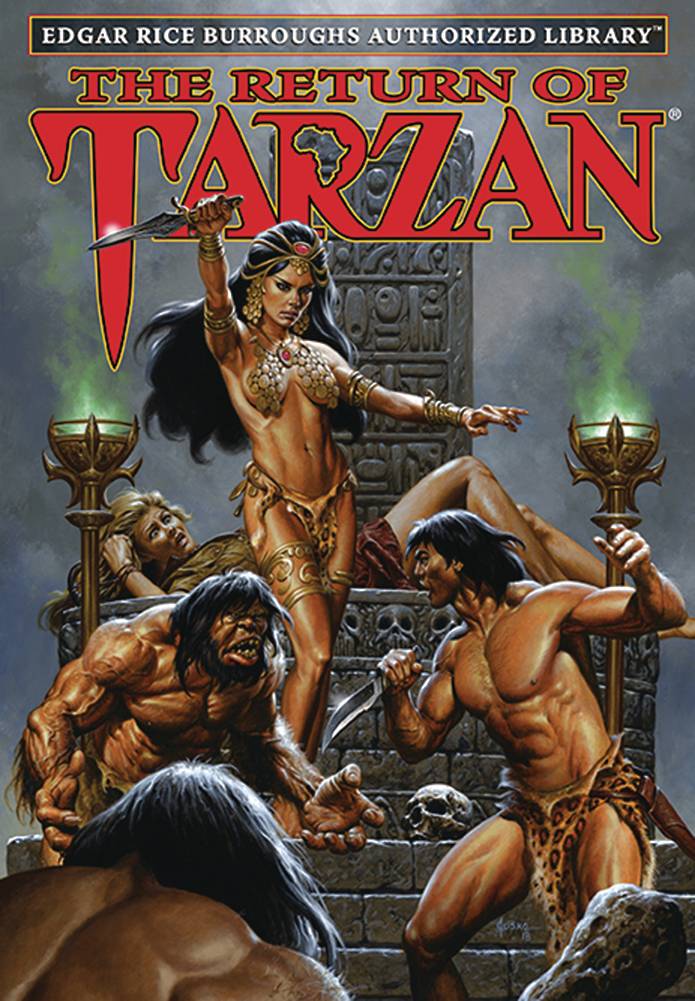 #
MAR201849
(W) Edgar Rice Burroughs (A/CA) Joe Jusko
Disconsolate over the loss of Jane Porter's hand to his cousin William Cecil Clayton, Tarzan renounces his title of Lord Greystoke and returns to Paris to visit his friend Paul D'Arnot who helps his grieving comrade acquire a post in the French Secret Service. After disrupting a Russian espionage operation, the ape-man is tossed overboard during his ocean passage to South Africa, and resumes his primitive life on the West Coast. He befriends the Waziri tribe and leads them on a trek to explore the lost city of Opar, a forgotten land populated by a bestial race. There, Tarzan's path will cross once again with that of Jane Porter, but can the two realize their love is destined before they meet death on the altar of the Flaming God?
In Shops: Aug 12, 2020
SRP: $29.95
View All Items In This Series
ORDER SUBSCRIBE WISH LIST