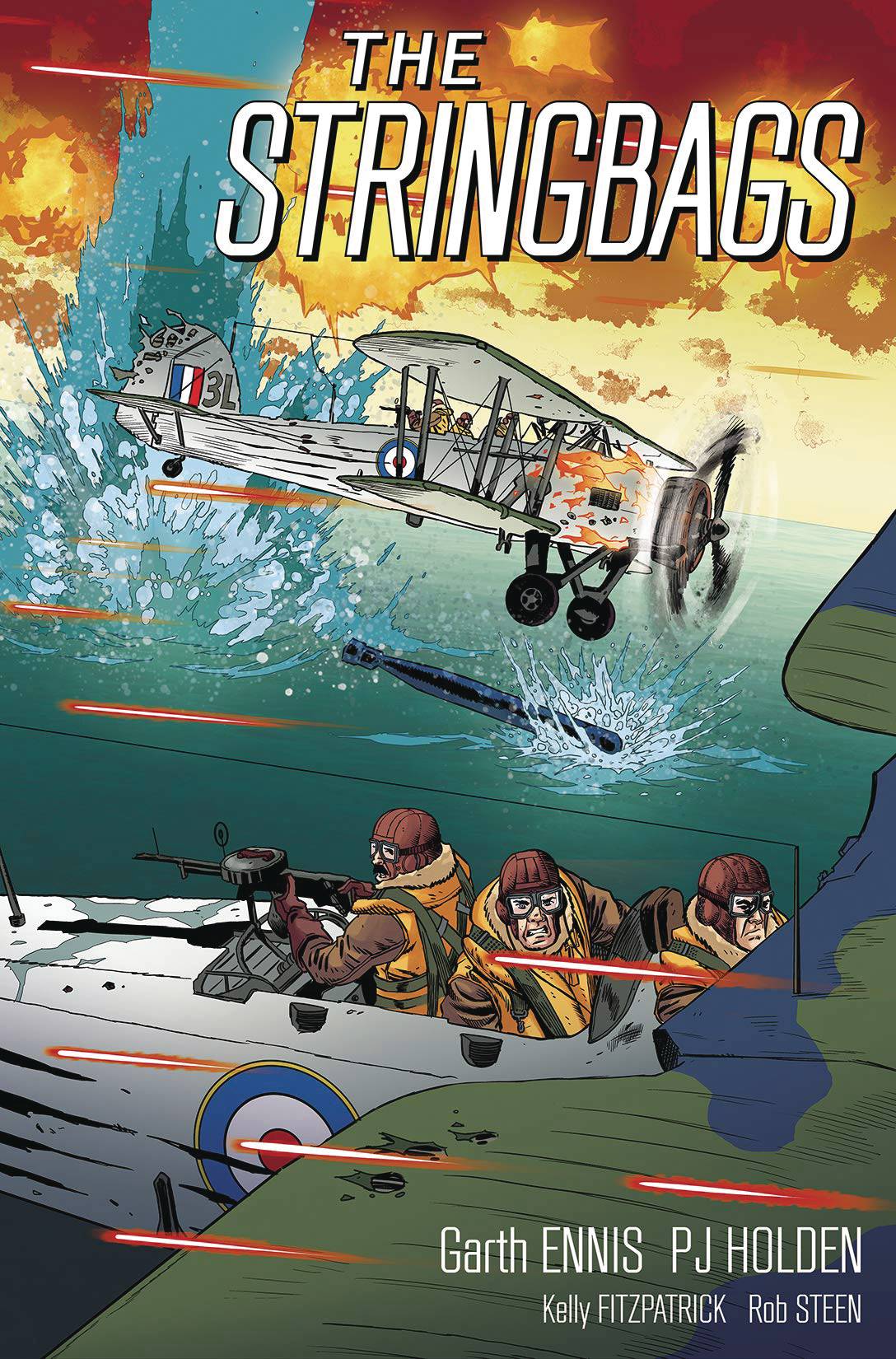 #
MAR201806
(W) Garth Ennis (A/CA) P. J. Holden
Writer Garth Ennis and artist PJ Holden present The Stringbags, based on the true story of the Royal Navy's Swordfish crews in early World War II. A biplane torpedo bomber in an age of monoplanes, the Fairey Swordfish was underpowered and under-gunned; an obsolete museum piece, an embarrassment. Its crews fully expected to be shot from the skies. Instead, they flew the ancient "Stringbag" into legend. From their triumphs against the Italian Fleet at Taranto and the mighty German battleship Bismarck in the Atlantic, to the deadly challenge of the Channel Dash in the bleak winter waters of their homeland. They lived as they flew, without a second to lose-and the greatest tributes to their courage would come from the enemy who strove to kill them.
In Shops: Jun 24, 2020
SRP: $29.95