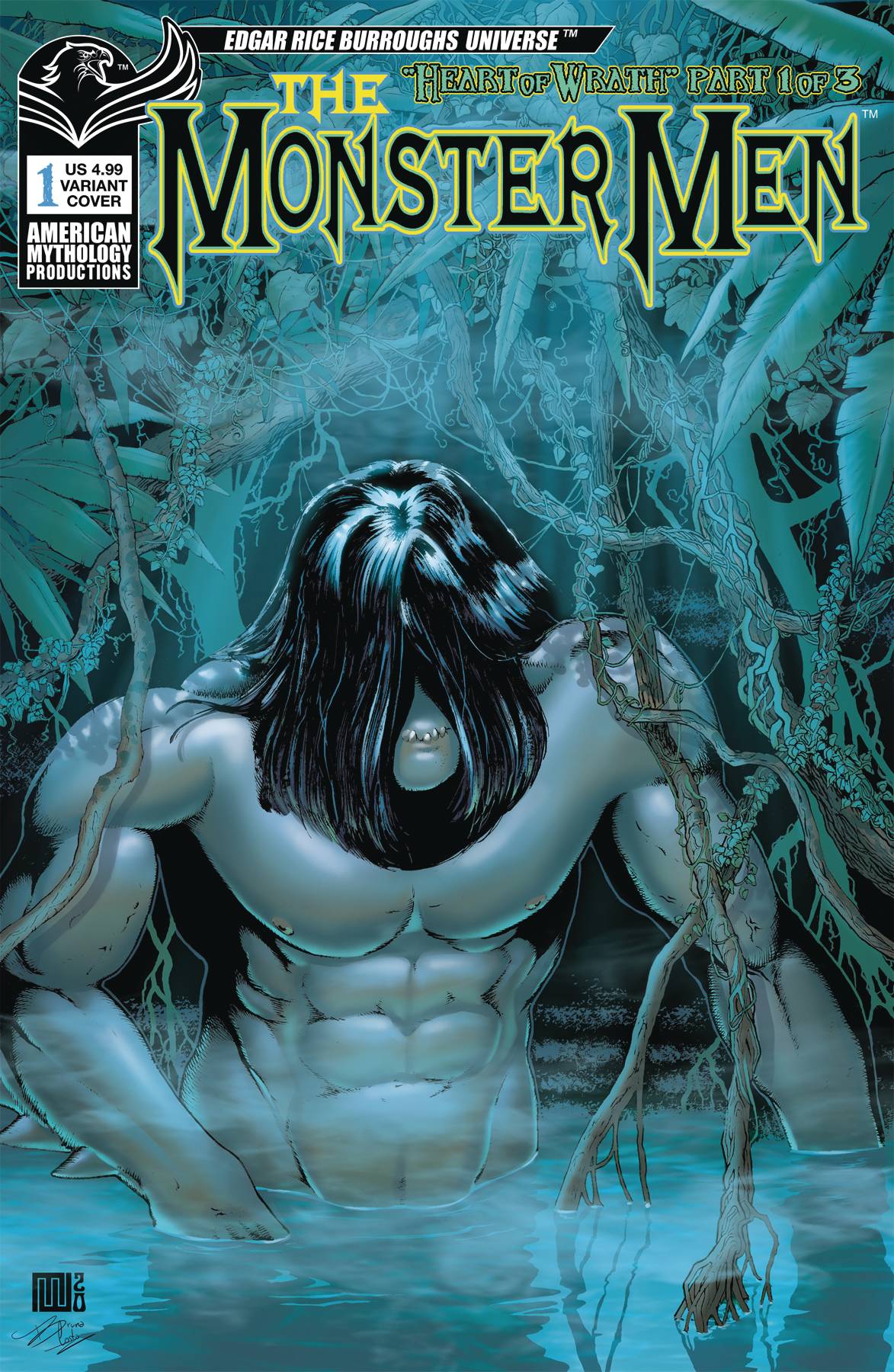 #
MAR201541
(W) Mike Wolfer (A) Roy Allen Martinez (CA) Mike Wolfer
The highly-anticipated sequel to Edgar Rice Burroughs gothic horror classic is finally here, carefully constructed by the same creative team who brought you The Monster Men: Soul of the Beast! On a secluded South Pacific island, terrors beyond imagining lurk within the heart of the jungle as intrepid adventurers Townsend Harper Jr. and Virginia Maxon seek answers to a mystery better left unsolved. Having ventured to the island to lay to rest the ghosts of their pasts, Townsend and Virginia find that Number 13, the inhuman creature created by Virginia's father, is very much alive, but the two explorers cannot possibly be prepared for the horrific legacy her father's scientific experiments have spawned on the island of terror. Described by fans and ERB experts as the greatest of American Mythology's Edgar Rice Burroughs Universe comics and incredibly faithful to the sci-fi master's voice, The Monster Men: Heart of Wrath will transport you to a world of terrifying, gothic fantasy that is both immersive and downright scary!
In Shops: Jul 08, 2020
SRP: $4.99
View All Items In This Series