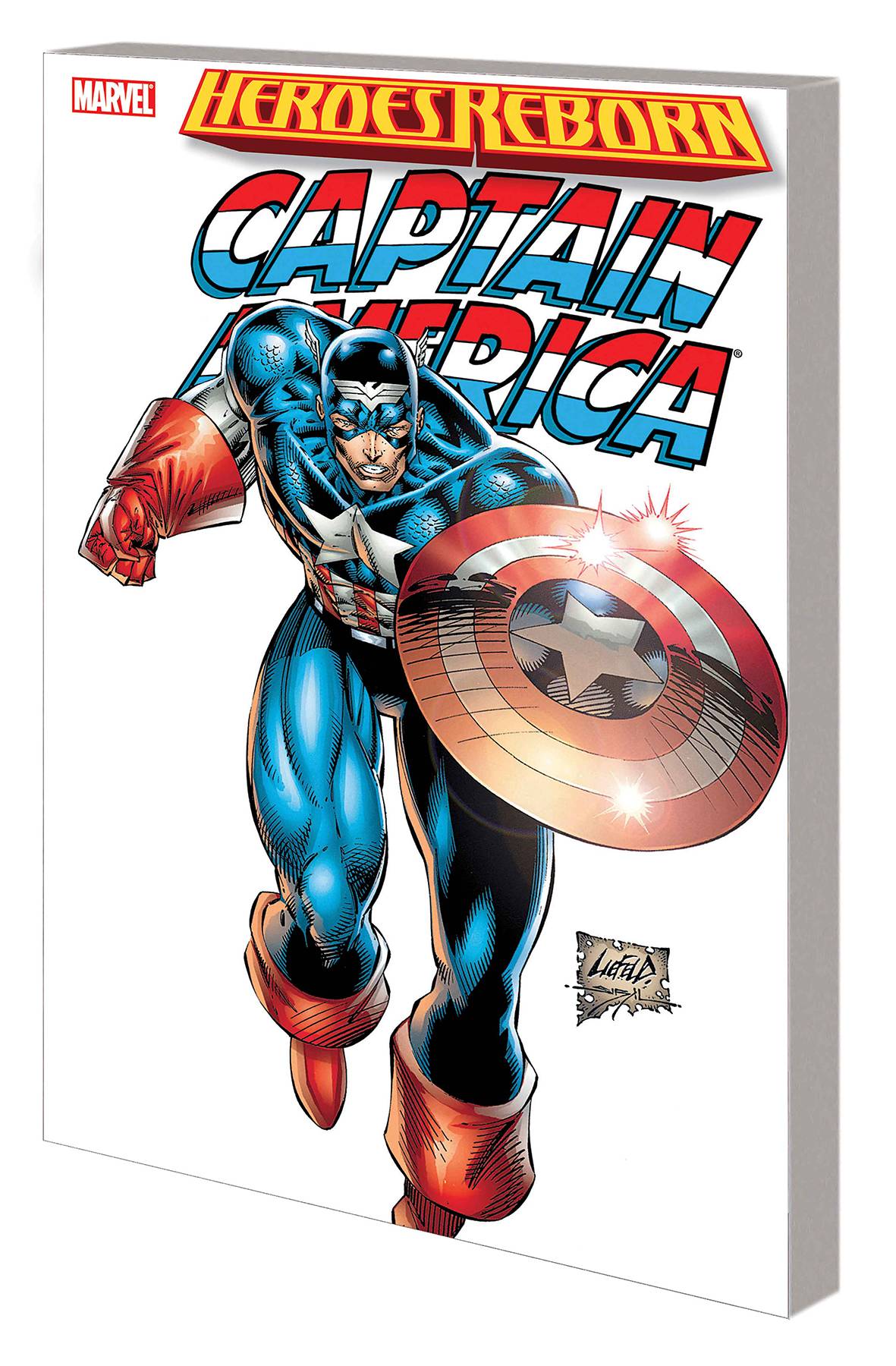 #
MAR201116
(W) Rob Liefeld, More (A) More (A/CA) Rob Liefeld
In 1996, the hottest creators of the day teamed up to reimagine and reinvigorate Marvel's greatest heroes. The Avengers and Fantastic Four were reborn with bold new looks on a brave new world, their origins re-envisioned with a raw vitality and contemporary sensibility! Steve Rogers seems to have found the life of his dreams - but when the Red Skull returns, can Captain America reawaken to protect a whole new generation? Cap must stave off a nuclear nightmare with the help of Nick Fury, the Falcon - and Rikki Barnes, the spectacular all-new Bucky! But can Cap face the truth of his past and stand up to the insidious Sons of the Serpent? Guest-starring the mighty Avengers! Collecting CAPTAIN AMERICA (1996) #1-12, FANTASTIC FOUR (1996) #12, AVENGERS (1996) #12, IRON MAN (1996) #12 and material from HEROES REBORN #1/2.
Rated T
In Shops: Aug 12, 2020
SRP: $44.99