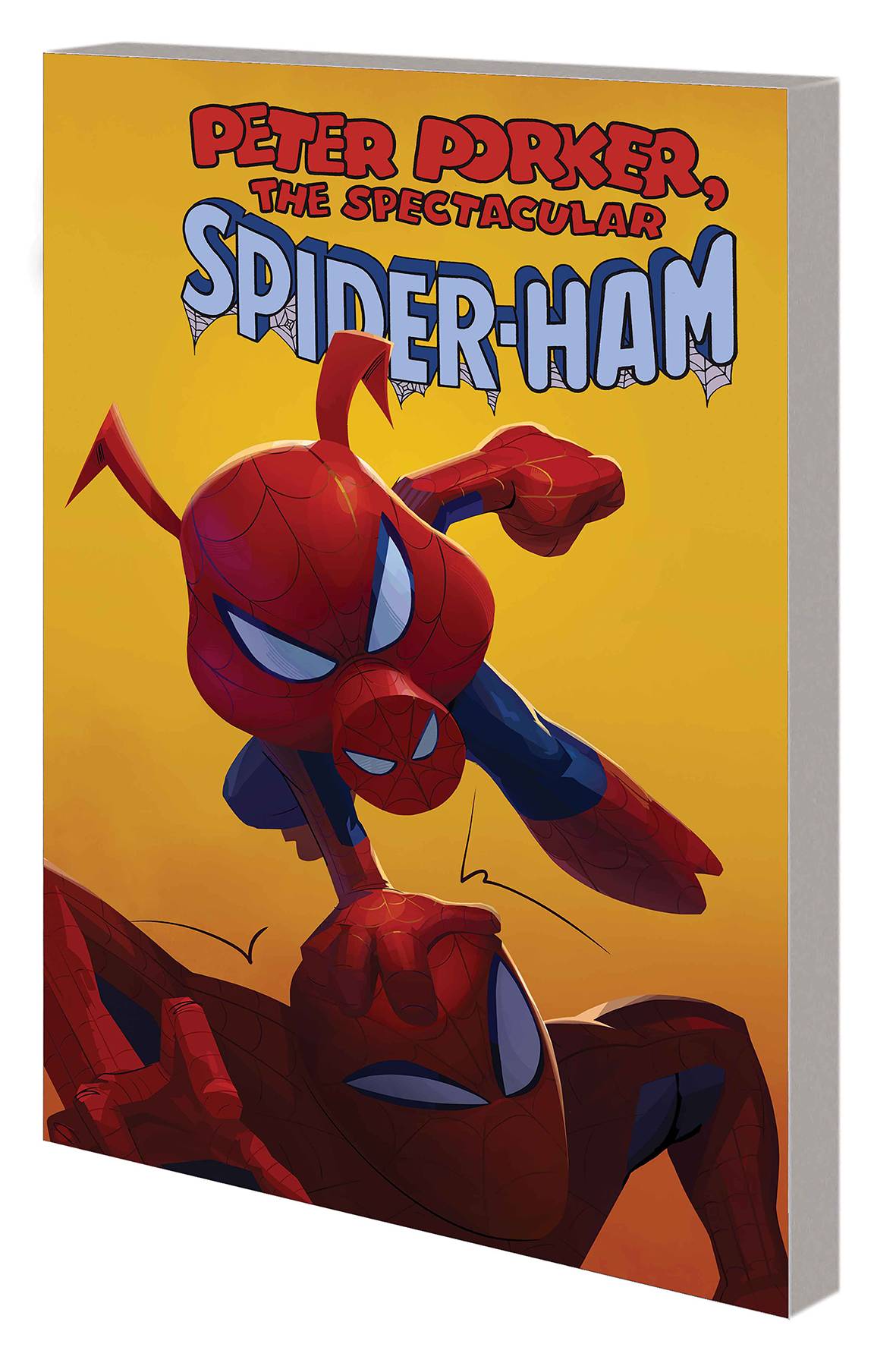 #
MAR201104
(W) Zeb Wells (A) Will Robson (CA) Wendell Dalit
Not a dream! Not a hoax! Not an imaginary tail! (Get it?) Peter Porker, the Spectacular Spider-Ham returns to the pages of his very own series! As if the swiney super hero's recent adventures across the various dimensions of the Spider-Verse weren't enough, Spider-Ham now finds himself jumping through time! And accompanied by Spider-Man (the human version), no less! It's the human/porcine/arachnid Marvel team-Up you've been waiting for! But can Ham and Man prevent the horrors of - Aporkalypse Now?! What threat could be so dangerous - so deadly - that it imperils the Marvel Multiverse's piggy protector, even with his cartoonish resistance to injury? Find out in one of the wildest adventures the Spider-Verse has ever seen! Collecting SPIDER-HAM #1-5.
Rated T
In Shops: Aug 12, 2020
SRP: $15.99
ORDER WISH LIST