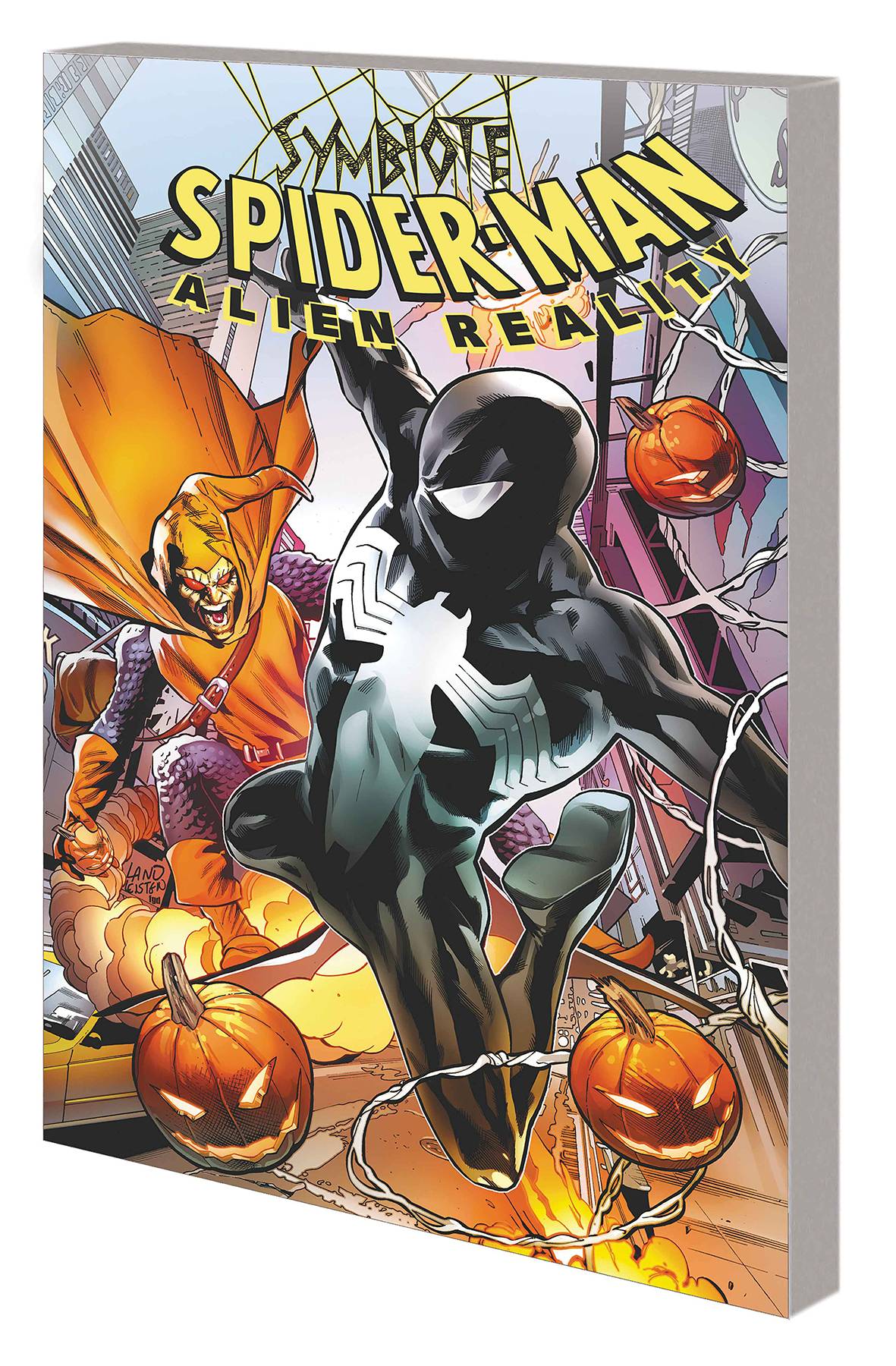 #
MAR201093
(W) Peter David (A/CA) Greg Land
Turn back the clock to the days before Spider-Man discovered his symbiote suit's true nature! Years ago, Peter Parker returned from the Beyonder's Battleworld sporting a sleek, new black costume - with a dark and sinister secret! The "costume" was alive, an alien symbiote that would one day become Venom - but even these stylish new duds won't protect him when the Hobgoblin, deadlier than ever, strikes! But where did Hobby get these uncanny new powers? Hopefully Doctor Strange can answer that question - because reality itself depends on it! Dread nightmares await as the mystery deepens and Peter's world unravels - and the fate of the future lies in the hands of the Symbiote Spider-Man! Peter David and Greg Land return for the next thrilling installment woven between the classic issues of the Alien Costume Saga! Collecting SYMBIOTE SPIDER-MAN: ALIEN REALITY #1-5.
Rated T
In Shops: Aug 12, 2020
SRP: $15.99