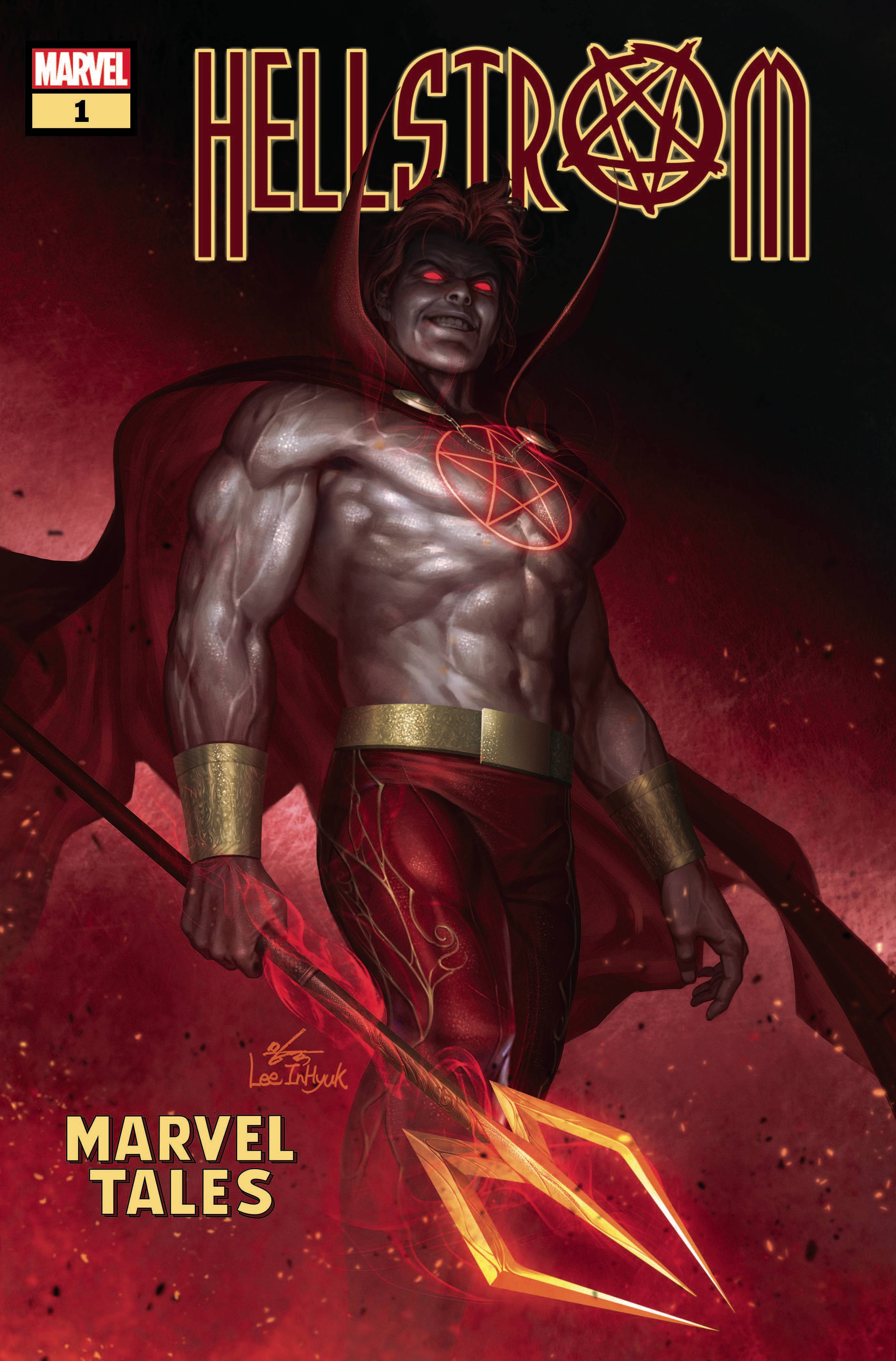 #
MAR201016
(W) Gary Friedrich, John David Warner, Warren Ellis (A) Tom Sutton, Jim Mooney, Leonardo Manco (CA) Inhyuk Lee
Daimon Hellstrom, the Son of Satan himself, burns his way into your brain as we celebrate the legacy of the House of Ideas with MARVEL TALES! This anthology series shines a spotlight on fan-favorite characters, features timeless stories and highlights some of Marvel's most impressive talent from the past eight decades. First, the Son of Satan makes his daring debut as a tormented exorcist in GHOST RIDER (1973) #1! Next, Daimon enters his father's domain and faces an unholy family reunion in SON OF SATAN #1! A marriage made in heaven takes center stage as Daimon and his then-wife, Patsy Walker, star in MARVEL FANFARE (1982) #59! And there'll be hell to pay when Daimon, now an occult investigator, comes face-to-face with his own demonic doppelganger in HELLSTORM: PRINCE OF LIES #1!
In Shops: Nov 04, 2020
SRP: $7.99
ORDER WISH LIST