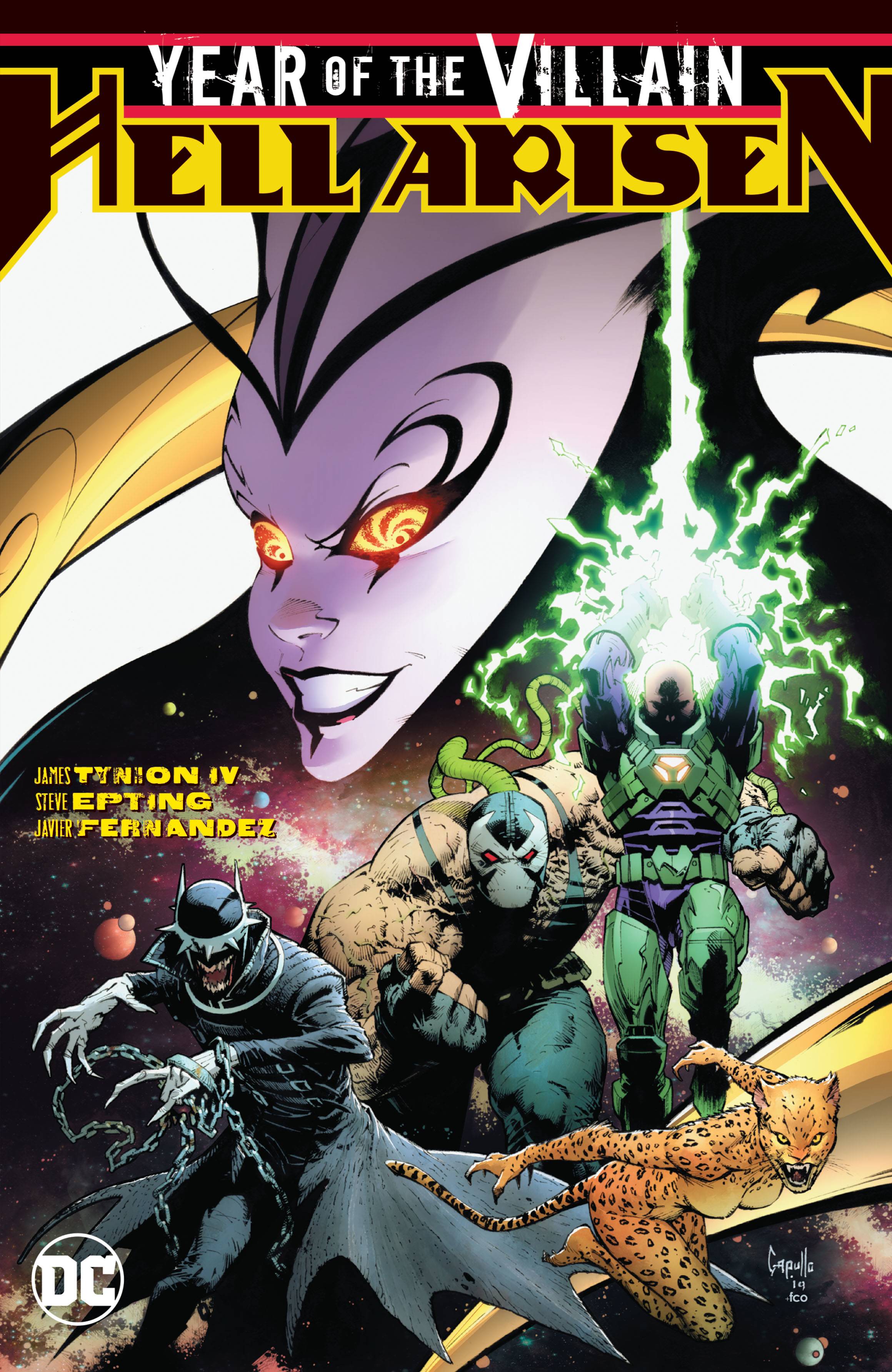 #
MAR200674
(W) James TynionIV, Scott Snyder, Brian Michael Bendis (A) Steve Epting, Jim Cheung, Alex Maleev, Francis Manapul (CA) Greg Capullo
DC's "Year of the Villain" leaps into its final phase as the ultimate battle between Lex Luthor and the Batman Who Laughs rages! On one side are the super-powered "Apex" Lex's forces of injustice-Captain Cold, Oracle, Solomon Grundy, Black Manta, and Lobo-and on the other are the Batman Who Laughs' Infected, corrupted versions of heroes Supergirl, Shazam, Blue Beetle, Donna Troy, Hawkman, and Commissioner Gordon! But where does The Joker fit in? It's a final showdown between two of DC's most iconic villains, all to curry the favor of Perpetua. Whoever wins will take over the Multiverse alongside her! Collects Year of the Villain: Hell Arisen #1-4, plus DC's Year of the Villain #1 and more!
In Shops: Jun 17, 2020
SRP: $16.99