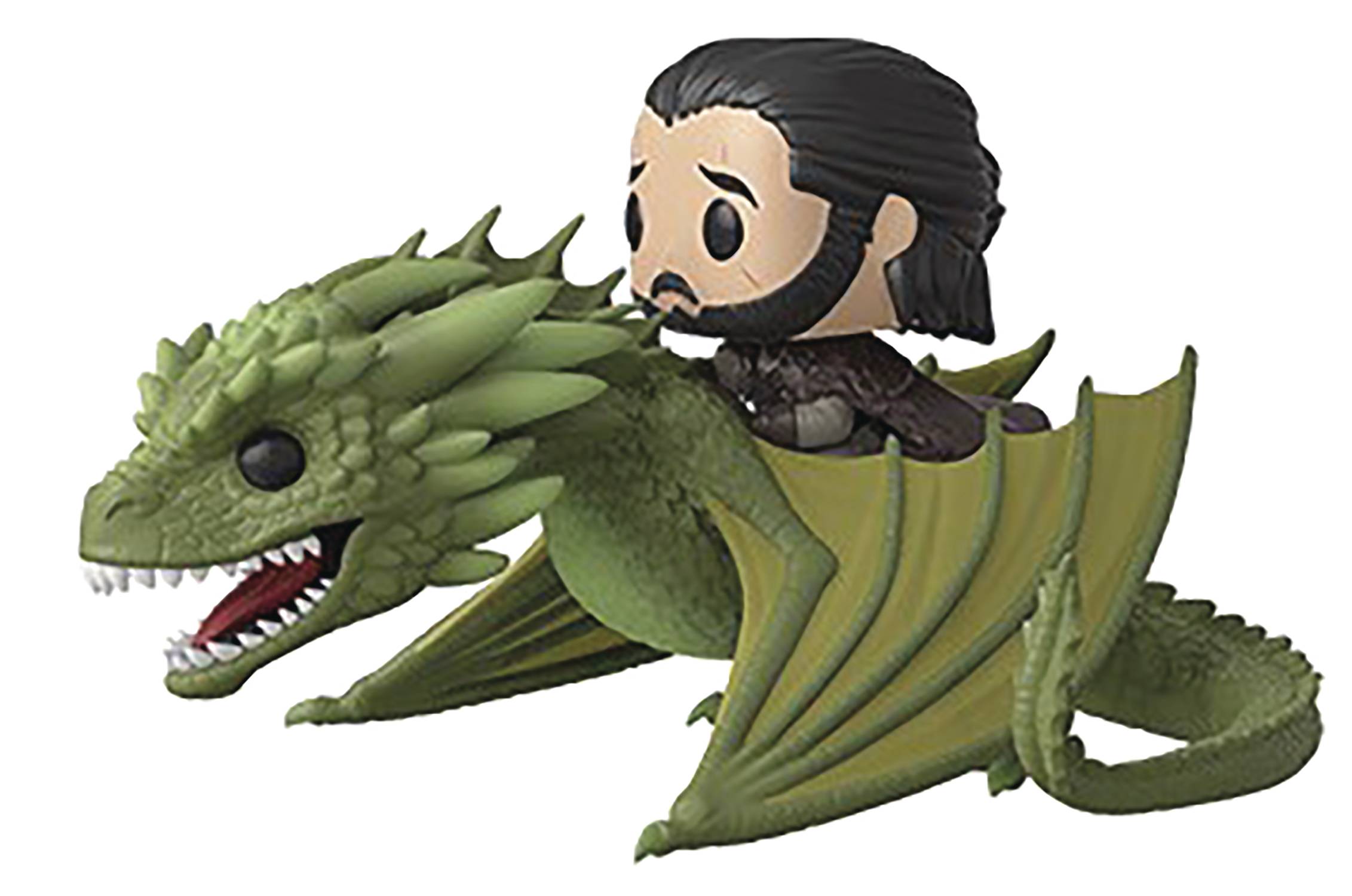 #
MAR198772
From Funko. Season 8 of Game of Thrones has concluded, and the battle for the Iron Throne is over! This POP! Rides figure lets fans revisit the excitement of the final season with a figure of Jon Snow riding into battle astride the dragon Rhaegal! Raise the banner for House Stark and the Targaryen restoration!