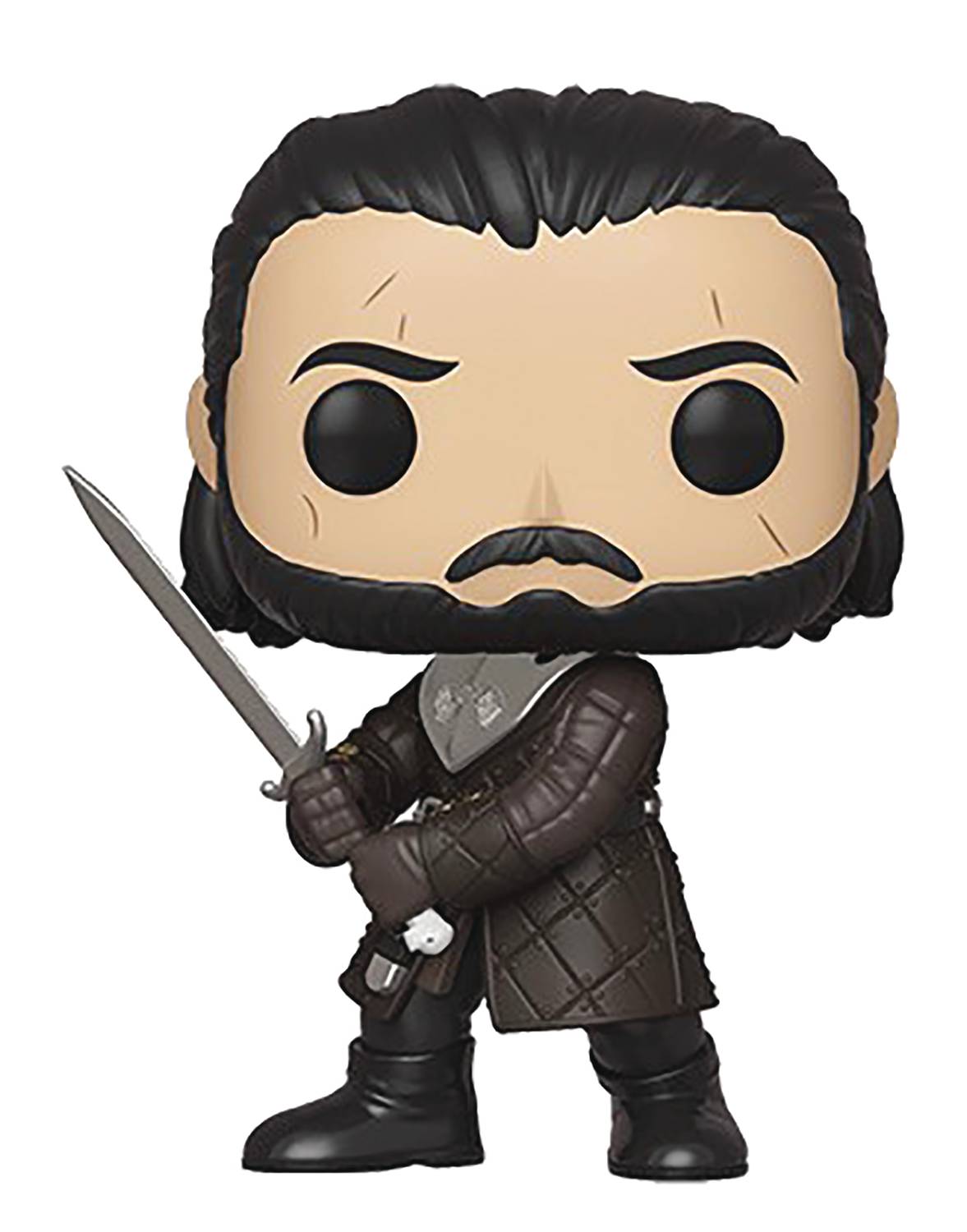 #
MAR198771
From Funko. Commemorate the Battle of Winterfell from Game of Thrones' eighth and final season with these new additions to Funko's POP! figure line! Arya comes armed with her two headed spear, and the Night King has a dagger in his chest while Jon Snow is armed and armored as he awaits the battle! Each figure stands about 3 3/4" tall and comes in a window box for display.
In Shops: Nov 13, 2019
SRP: $10.99