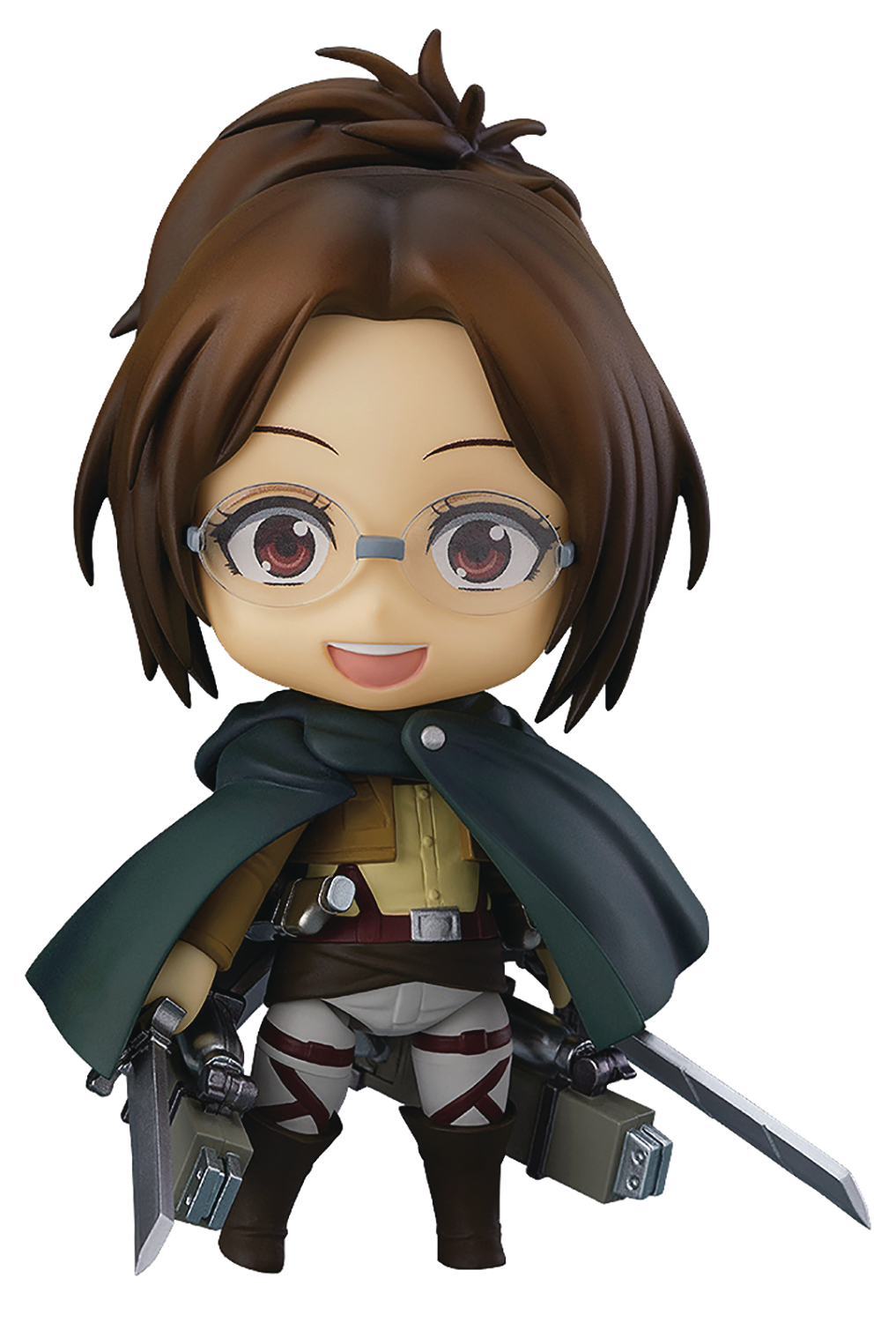 MAR198234
From Good Smile Company. From the popular anime series Attack on Titan comes a Nendoroid of Survey Corps Squad Leader Hange Zo ! She comes with three face plates including her standard expression, her smiling expression often seen in battle and her excited expression after being shown a Titan! She comes with plenty of optional parts including her Vertical Maneuvering Gear, dual blades and effect parts to recreate midair movements. She also comes with her goggles and the report sheet she uses when studying titans, allowing you to recreate far more than just combat scenes. Her Survey Corps cape is included as well. The cape features a brand new sculpt allowing for even more detailed action posing. 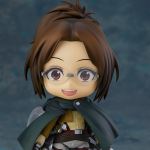