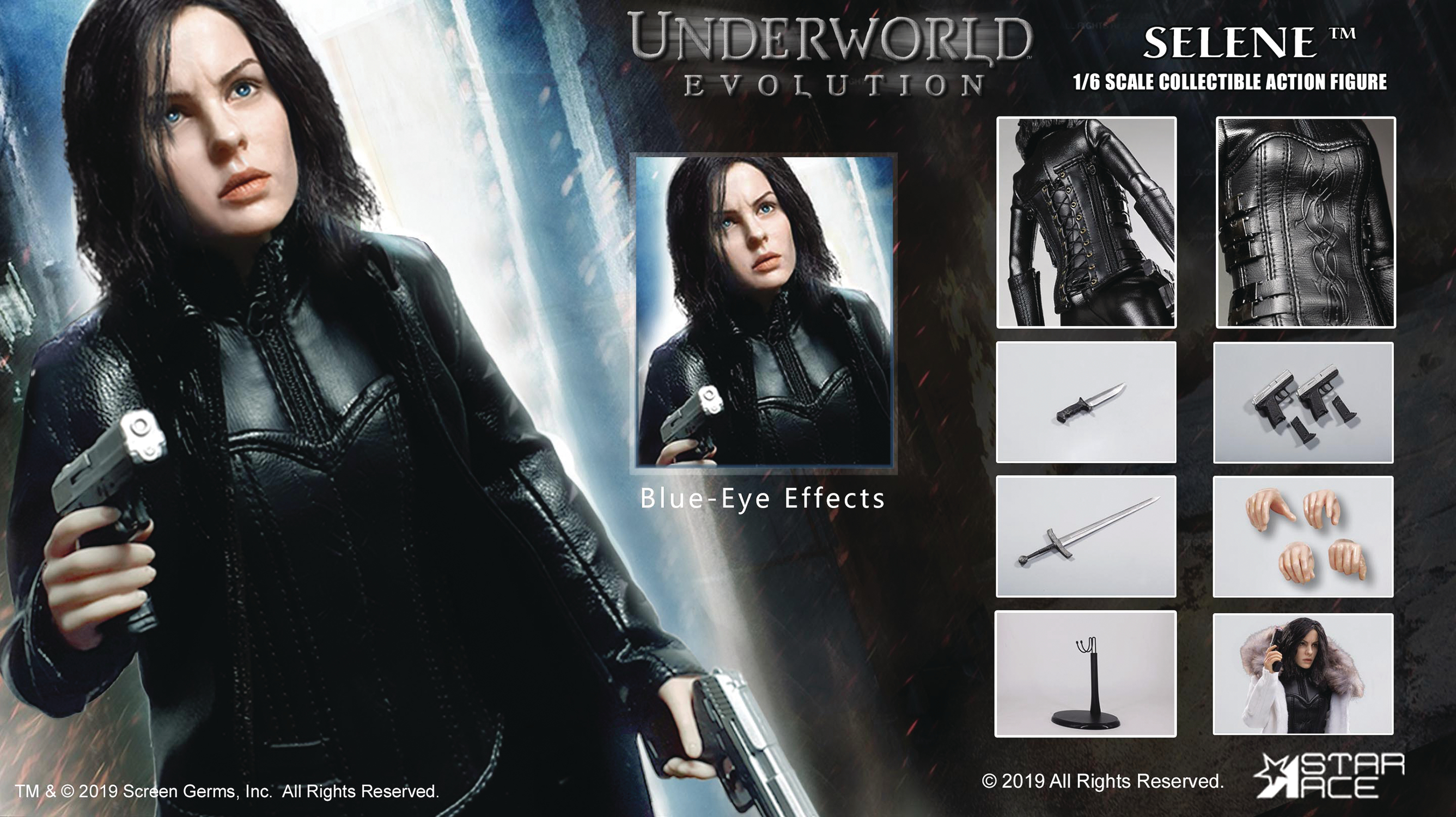 MAR198218
From Star Ace Toys. The Underworld series of movies created a rich world of vampires and werewolves that carried over five films and six centuries of adventures. Kate Beckinsale is Selene, the top vampire enforcer known as a Death Dealer whose whole world is shattered when she finds she's been lied to her entire undead existence. Star Ace presents this new version of Selene with real hair and striking light-up blue eyes. She comes outfitted in her traditional black outfit with an arsenal consisting of two pistols, her shuriken, a knife and sword. The deluxe edition comes with an an additional head and white coat.