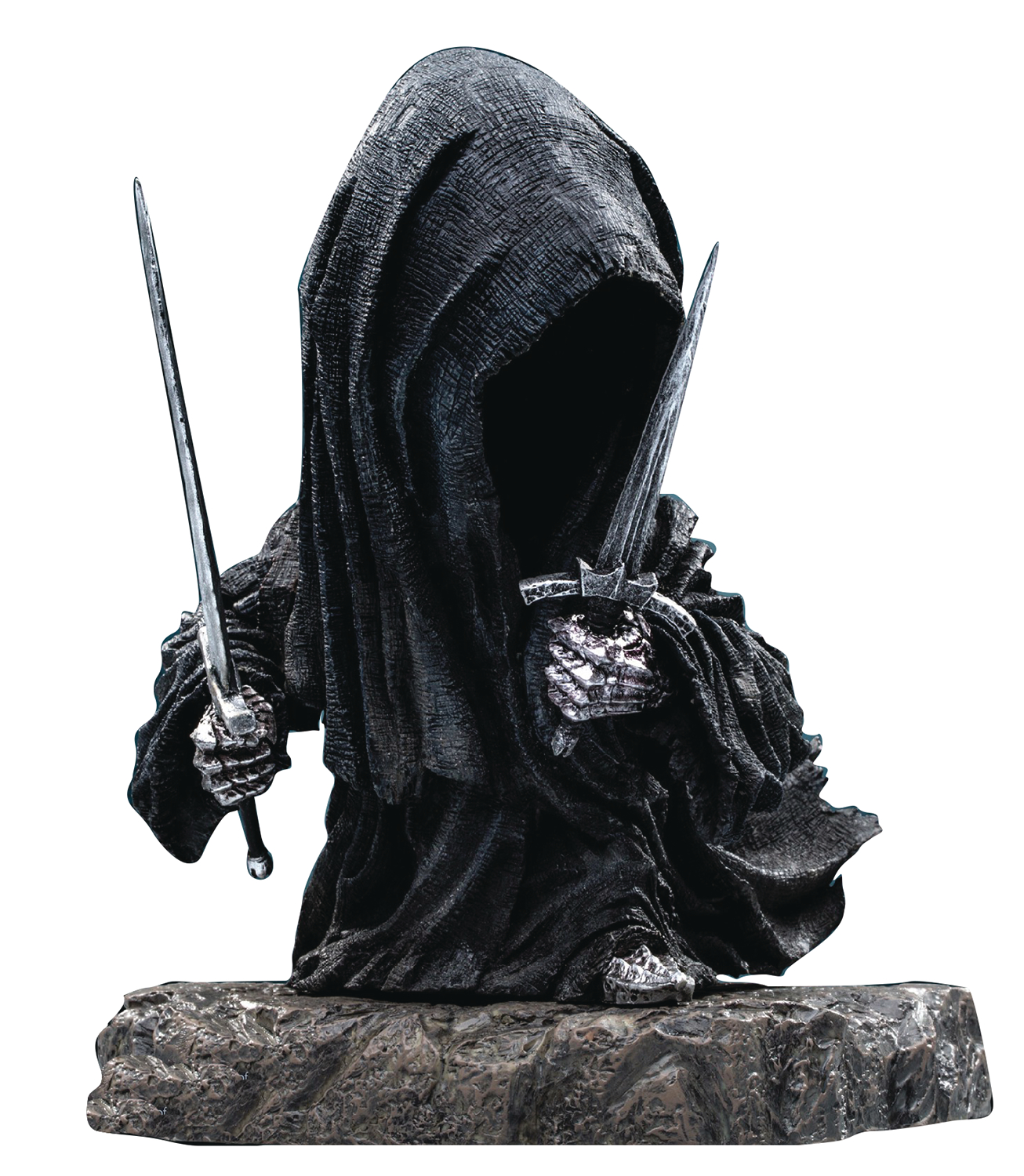 MAR198191
From Star Ace Toys. Star Ace journeys into Middle-earth with a new figure from the Defo-Real Series line.  The evil servants of the Dark Lord Sauron are the Nazgul.  Also known as Ringwraiths, these creatures used to be men until their souls were twisted by the power of the Dark Lord.  The Defo Real Nazgul stands about 15 cm (6") tall and carries his sword.  It will be available in two versions, the standard version and a deluxe version that includes a diorama base and the Morgul Blade for his other hand.