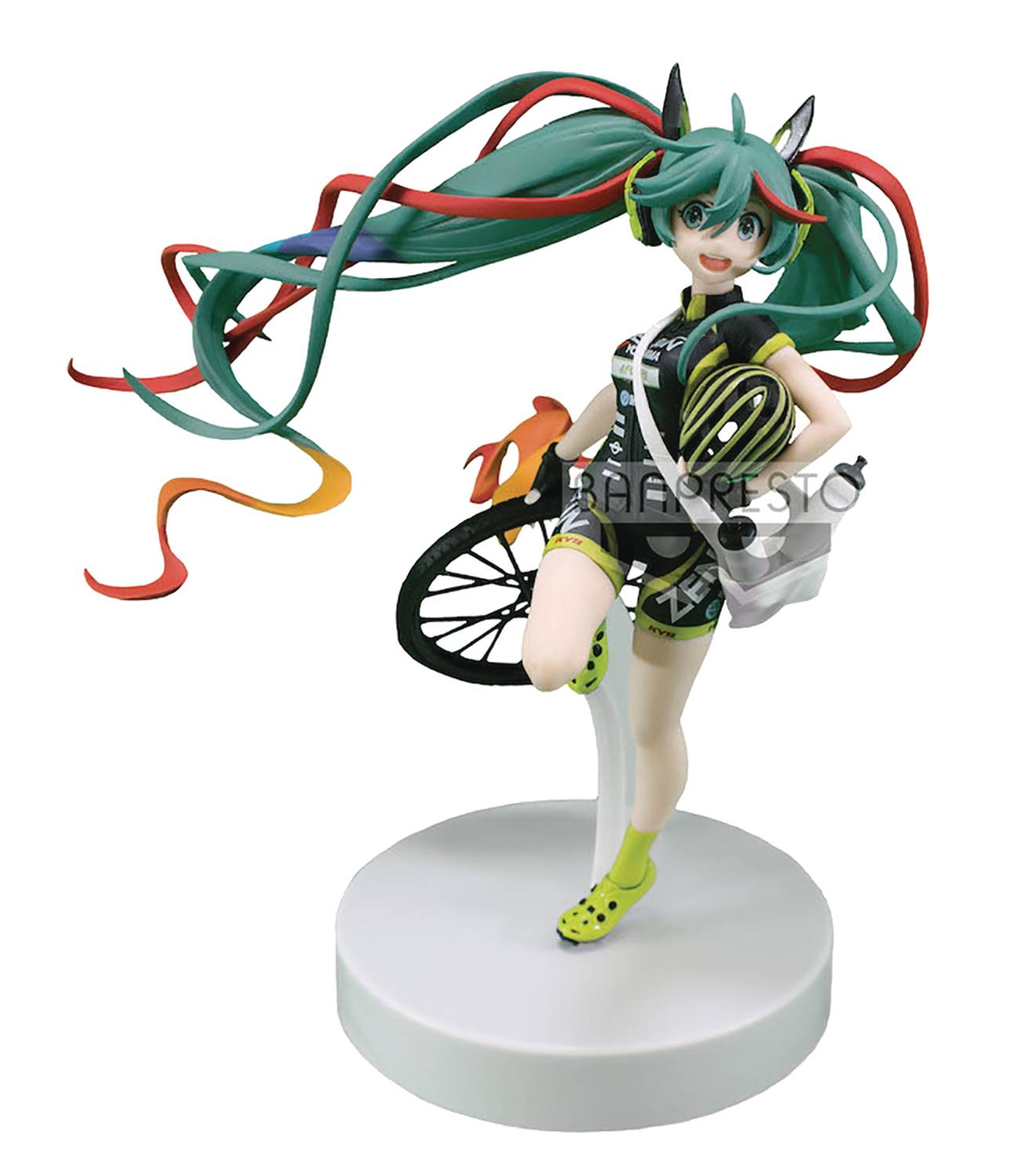 #
MAR198173
From Banpresto. Hatsune Miku, codenamed CV01, is considered the most popular and well known VOCALOID, and the first to become a pop idol. The name of the character comes from merging the Japanese words for first (hatsun), sound (ne), and future (miku), thus meaning "the first sound of the future, referring to her position as the first member of Crypton's "Character Vocal Series."  Standing approximately 7" tall, this figure is made of PVC.