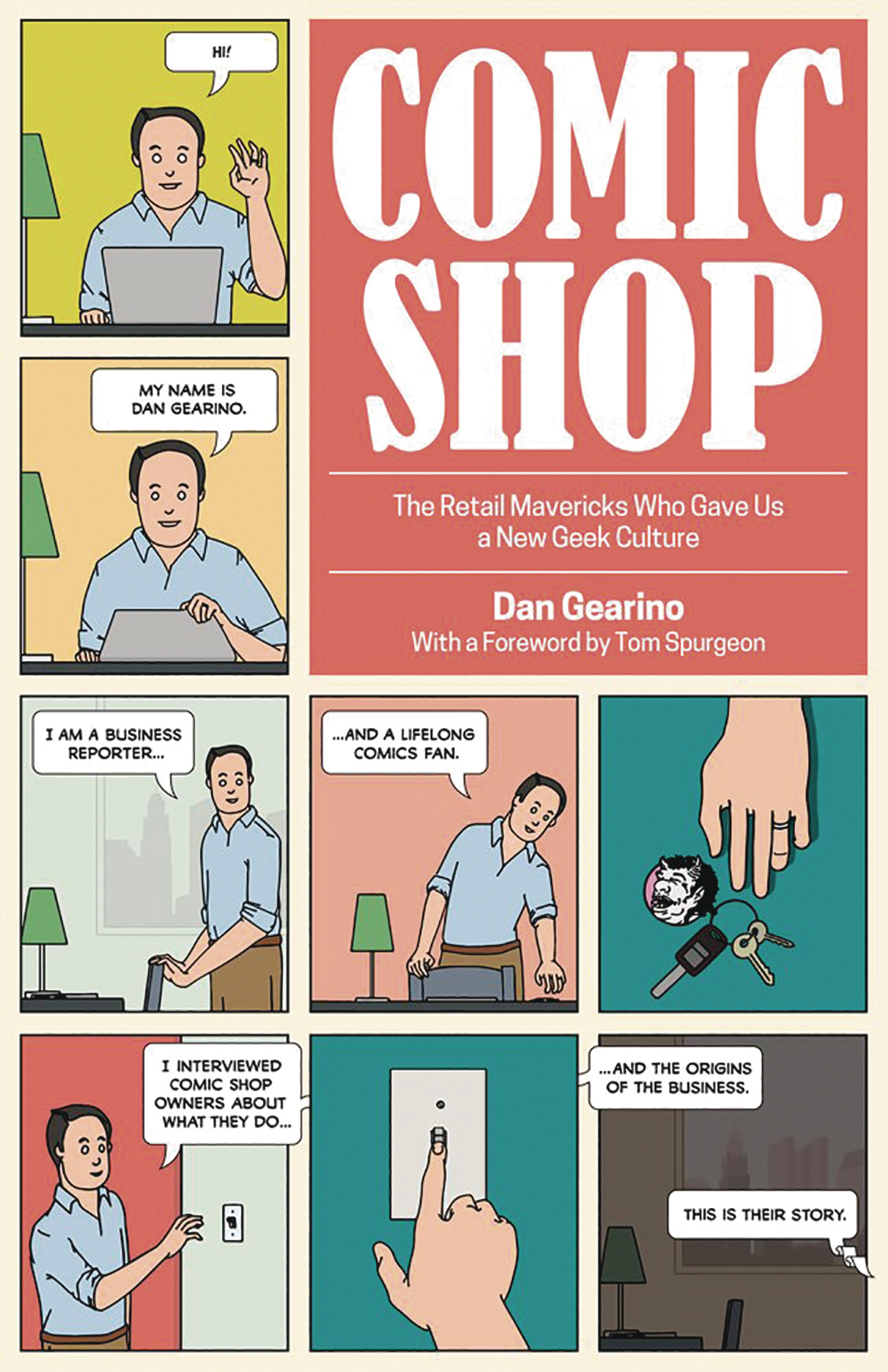 MAR191929
(W) Dan Gearino (CA) Sebastian Biot
Award-winning business journalist Dan Gearino expands on his 2017 book, Comic Shop: The Retail Mavericks Who Gave Us a New Geek Culture, with a revised paperback edition. Gearino interviewed more than 100 people, including luminaries such as Steve Geppi, Bud Plant, and Chuck Rozanski; top comics creators; and the people behind trend-setting shops. In a new epilogue, Gearino tells how comics retailers fared in 2017 and 2018, a time when shops struggled to stay afloat at the same time that comics reached new heights as an art form,. The new paperback edition also includes an expanded look at the market of the early 2000s, and profiles of nearly fifty comics shops, including several new additions and key updates.
In Shops: May 29, 2019
SRP: $17.95
ORDER WISH LIST