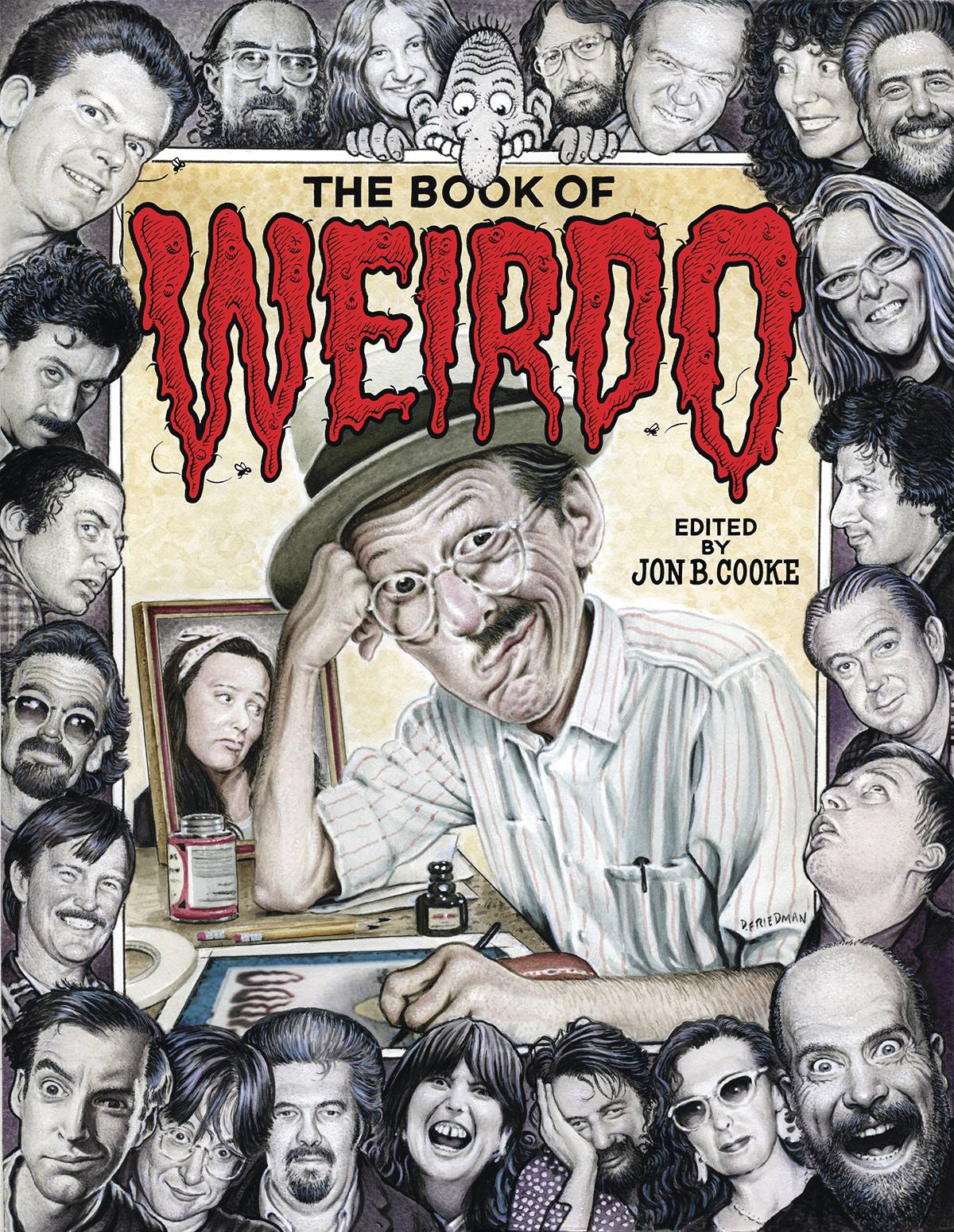 #
MAR191856
(W) R. Crumb (A/CA) R. Crumb
The Book of Weirdo is the definitive and hugely entertaining examination of WEIRDO magazine, renowned underground comix cartoonist Robert Crumb's legendary humor comics anthology, which was originally published throughout the 1980s. A "low-brow" counterpoint to Art Spiegelman and Francoise Mouley's rather high-faluttin' RAW comix publication, WEIRDO influenced an entire generation of alternative and neo-underground artists. This hardcover anthology features the complete story of the well-recalled comics magazine, along with testimonials from over 130 of the publication's contributors and interviews with WEIRDO's three editors: R. "Keep On Truckin'" Crumb, Peter "Hate" Bagge, and Aline "The Bunch" Kominsky-Crumb.