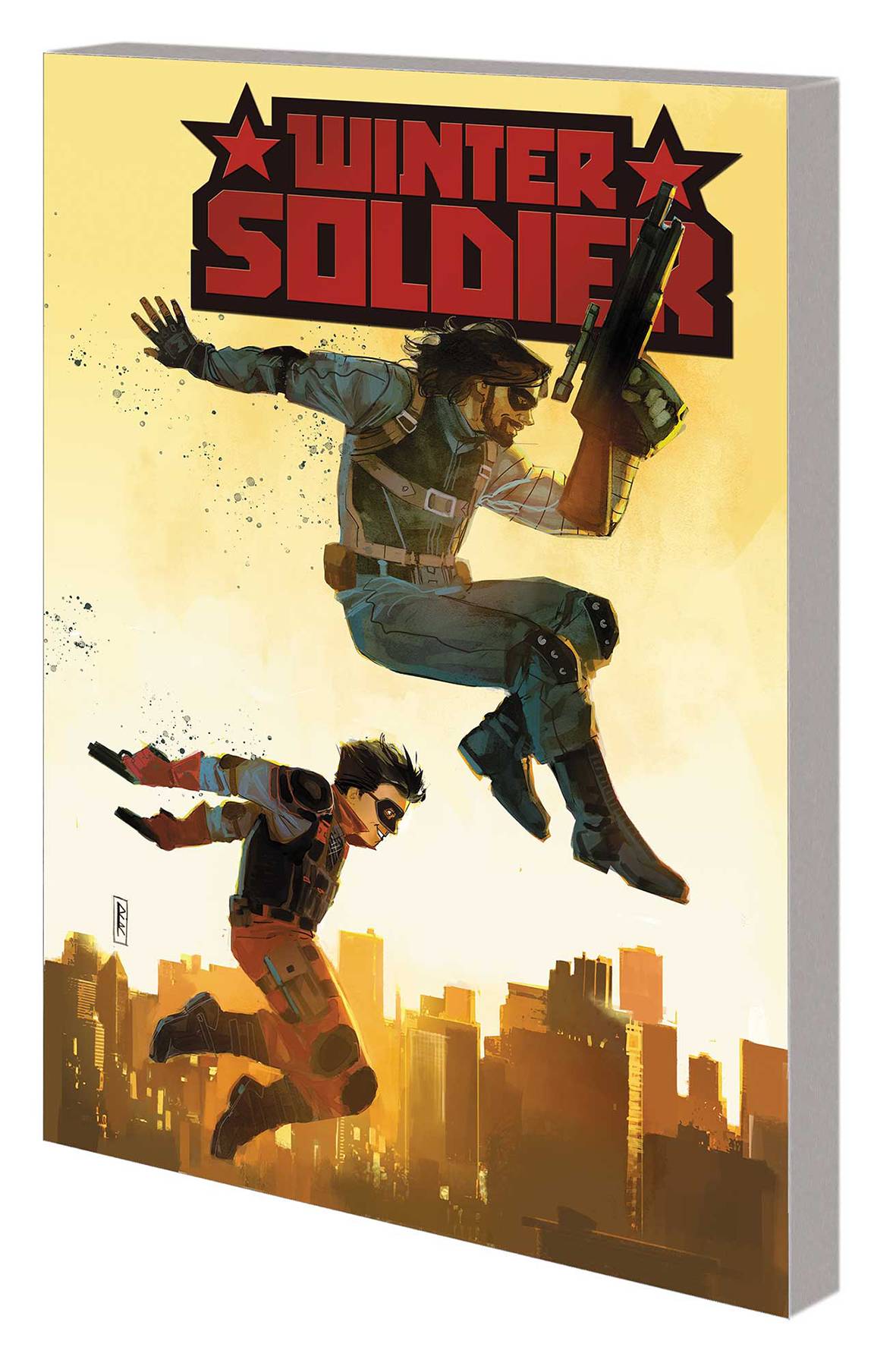 #
MAR191018
(W) Kyle Higgins (A/CA) Rod Reis
Bucky Barnes believes in second chances. Having survived death, manipulation, loss of identity and a lifetime of murder, the man known as the Winter Soldier has worked hard to atone for his many sins. But now...he's going to go one step further. What do you do after you've found redemption? You help others do the same! Bucky is working to help others leave behind their lives of crime. It's his way of channeling his own pain in a productive, personal way - by helping others find the same salvation he's found. But not all paths are the same - and not everyone can be saved. Is there any hope for RJ, Hydra's teenage assassin extraordinaire, who's been sent to kill the man he's been modeled after: the Winter Soldier himself? Collecting WINTER SOLDIER (2018) #1-5.
Rated T+
In Shops: Jun 19, 2019
SRP: $15.99
ORDER WISH LIST