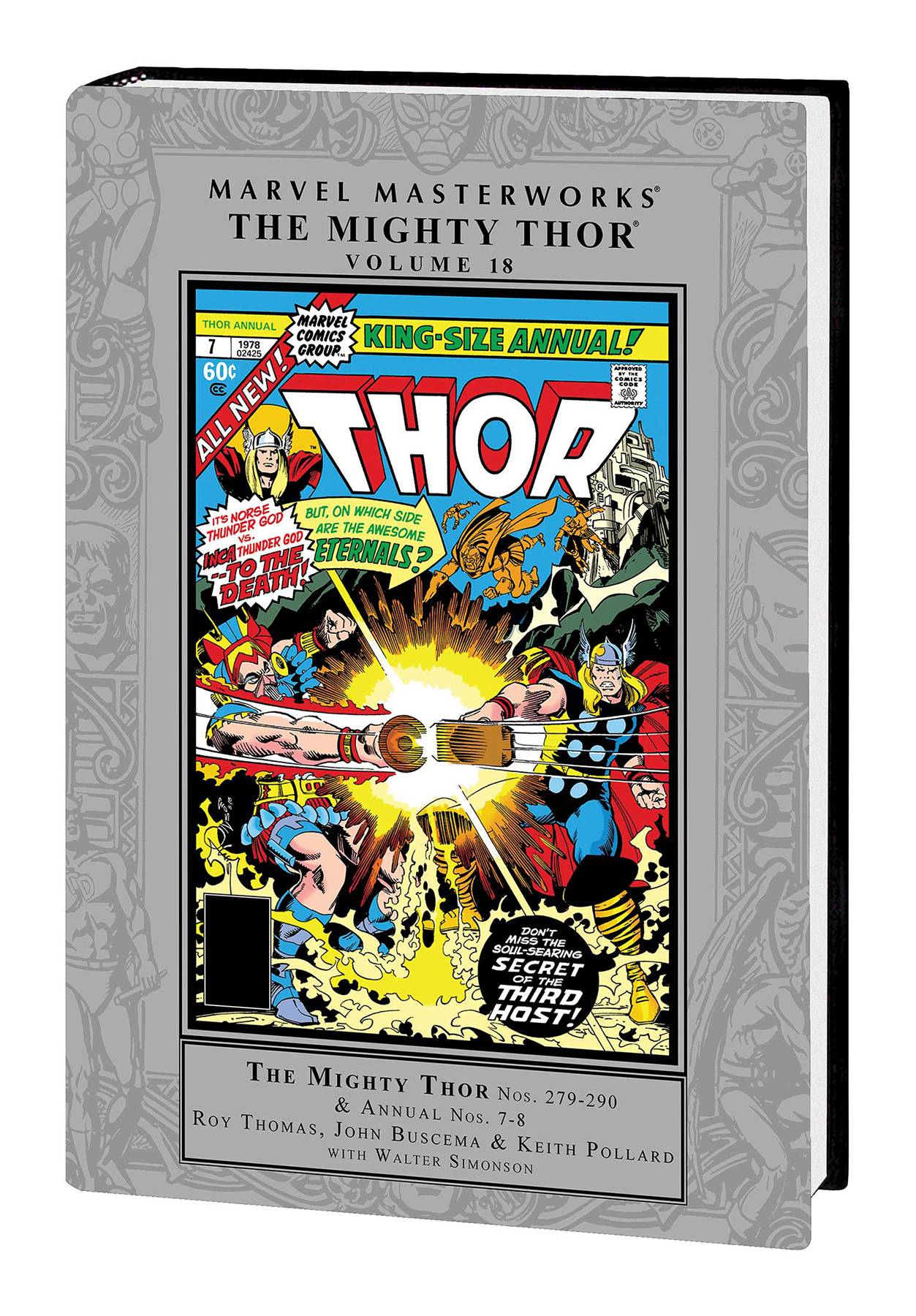 #
MAR190999
(W) Roy Thomas, Don Glut, More (A) John Buscema, Keith Pollard, More (CA) Walter Simonson
Prepare now - the Celestials are coming! Roy Thomas and Walter Simonson usher in the era of the Eternals, and it may mean death for all mankind. Thus begins the unbelievable war between gods known as the Celestial Saga! It's a tale that ranks among the greatest Thor adventures of all time, and it's a must-have for Marvel fans! Thor confronts Odin with questions about Ragnarok, his mother and the threat of the Celestials - but the All-Father withholds the truth. A Thunder God must have answers, and so Thor sets out on a quest that will bring him face-to-face with the Eternals - and the towering Fourth Host of the Celestials! Also featuring the triumvirate of terror that is Loki, Pluto and Ulik; Thor vs. Hyperion; and an Asgardian adaptation of the famous Trojan Horse! Collecting THOR (1966) #279-290 and ANNUAL #7-8.
Rated T
In Shops: Sep 18, 2019
SRP: $75.00
View All Items In This Series