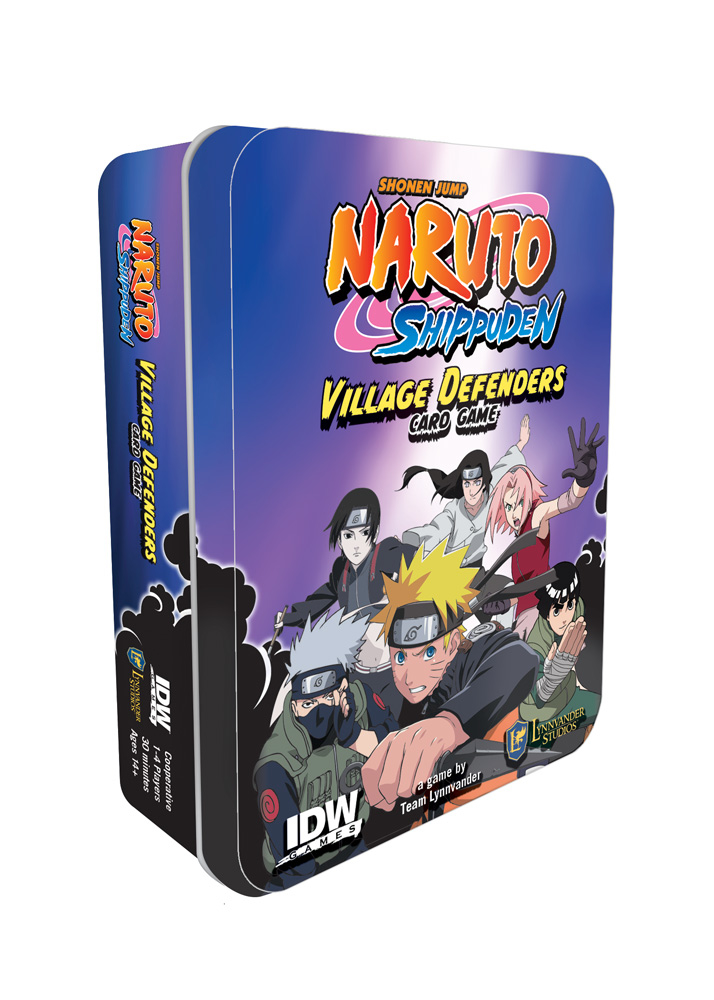 MAR190756
(W) Team Lynnvander
When Leaf Village comes under attack while most of their ninja are out on various missions, it falls to a small handful of ninja to protect the village! Together, the members of Team 7 and a couple of their close friends will attempt to turn back the invaders. They are the last line of defense, and they must not fall! Naruto Shippuden: Village Defenders is a fast paced, cooperative card game where players assume the role of TEAM 7's heroes as they fight back an invading force of enemies that fans of Naruto Shippuden will be quick to recognize. 1-4 players; Playable from ages 14+; 30 minutes.
* A cooperative card game based on the legendary anime series, defend Leaf Village from destruction.
* Play as your favorite Naruto Shippuden characters and face off against the series classic villains.
* Work together with your friends to build combos, focus your chakra, and unleash massive attacks.
In Shops: Jan 29, 2020
SRP: $19.99