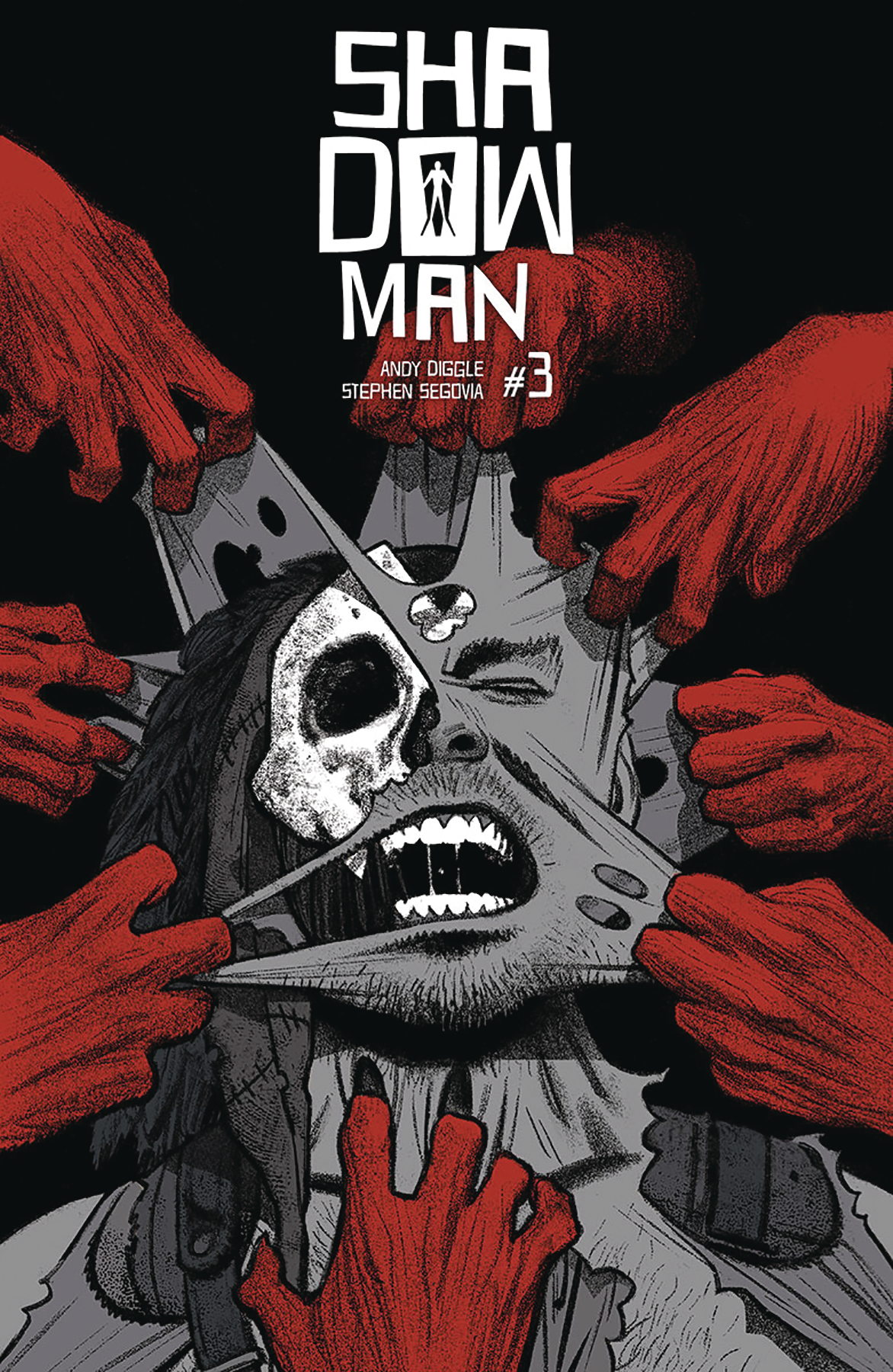 MAR182001
(W) Andy Diggle (A) Stephen Segovia, Adam Pollina (CA) Greg Smallwood
Every sin casts a shadow...
After years of purgatorial exile, Jack Boniface - the newly returned Shadowman - is back in the one place he thought he'd left behind for good: the damned dimension known as Deadside! His mission? To recover a lost relic of the Shadowman legacy that could redefine the eternal balance of power between the living and the dead. If he fails, the vengeful voodoo god called Baron Samedi will exact a terrible toll on the souls of humanity... But - back among the monsters, back among the cursed - can Jack stand resolute against evil incarnate... without succumbing to the call of the literal demons within himself?
Superstar writer Andy Diggle (Green Arrow: Year One) and high-octane artist Stephen Segovia (Action Comics) present a long-awaited moment in the epic saga of a comics icon and bring Shadowman raging back to the forefront of the Valiant Universe as "FEAR OF THE DARK" unleashes a finale of unthinkable cosmic proportions!
In Shops: May 23, 2018
SRP: $3.99
View All Items In This Series