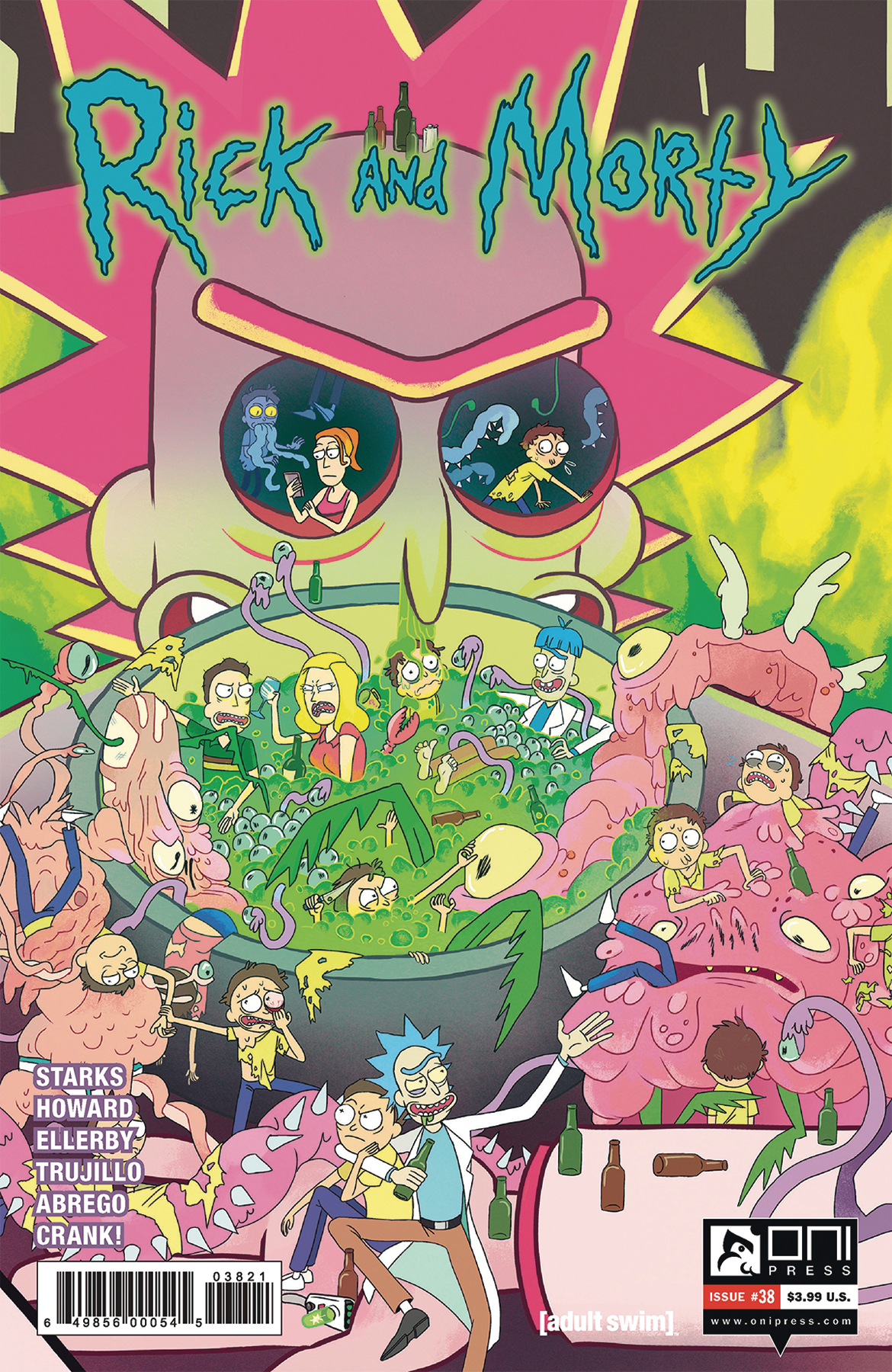 MAR181803
(W) Kyle Starks, Josh Trujillo, Tini Howard (A) Marc Ellerby, Rii Abrego, Sarah Stern (CA) Julia Scott
Here we go vampire-ing again! Summer's still being held captive by the Draculas (who are actually sort of smitten with her) and our hallowed heroes are storming the castle-literally! It's a drag-out, fang-out, stake-out, blood-soaked rescue story. So many Draculas!  So many scary windows! So many vampire fights! Rick's drunk! Morty's useless! Beth is trying! Jerry is a you know what! It's the second part of the dynamic LET THE RICK ONE IN vampire-y two parter, co-written by TINI HOWARD (Rick and Morty: Pocket Like You Stole It)! It's awesome!
In Shops: May 30, 2018
SRP: $3.99
View All Items In This Series
ORDER SUBSCRIBE WISH LIST