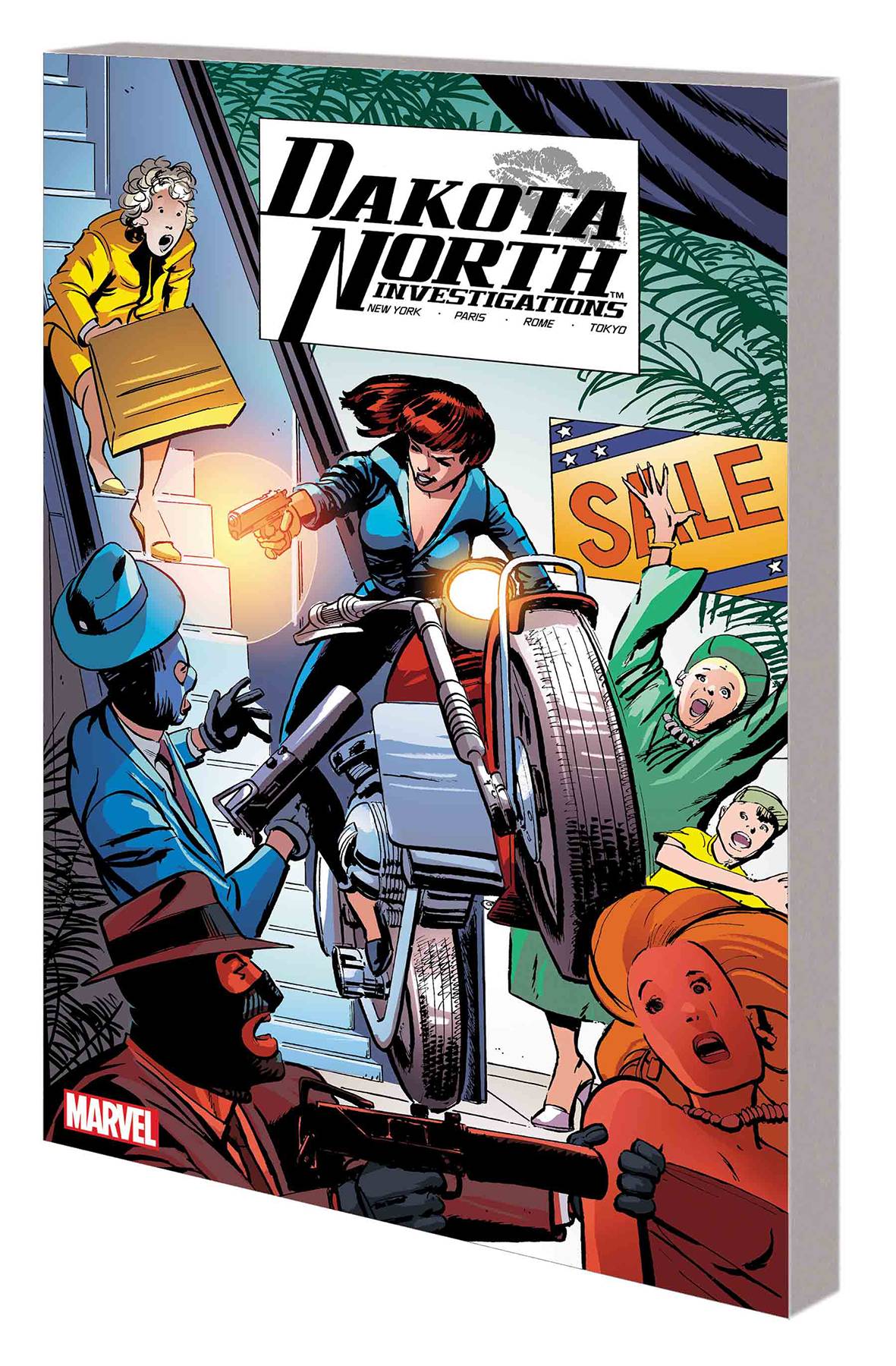 #
MAR181008
(W) Martha Thomases, Jim Owsley, Terry Austin, Dwight Jon Zimmerman, Ed Brubaker, Greg Rucka (A) Steve Geiger, Whilce Portacio, Amanda Conner, Michael Lark (A/CA) Tony Salmons
She's the Marvel Universe's most stylish detective! Dakota North is smart, tough and no-nonsense, and if you have a problem, she'll solve it. And her business turns into a family affair when her father and brother become embroiled in a mystery that takes Dakota all the way to Europe! Meanwhile, the knife-wielding Slasher is targeting supermodels - and next on the list is Mary Jane Watson. But the killer didn't reckon on a Spider-Man/Dakota North team-up! Plus: Dakota helps the Wasp fell a giant, and risks her life alongside Daredevil and Luke Cage to keep an innocent man off of death row. But what bizarre crime could unite Dakota North with Power Pack and the Punisher? Collecting DAKOTA NORTH #1-5, WEB OF SPIDER-MAN (1985) #37, POWER PACK (1984) #46, DAREDEVIL (1998) #107-110 and material from MARVEL SUPER-HEROES (1990) #3.
Rated T+
In Shops: Jun 13, 2018
SRP: $29.99
ORDER WISH LIST