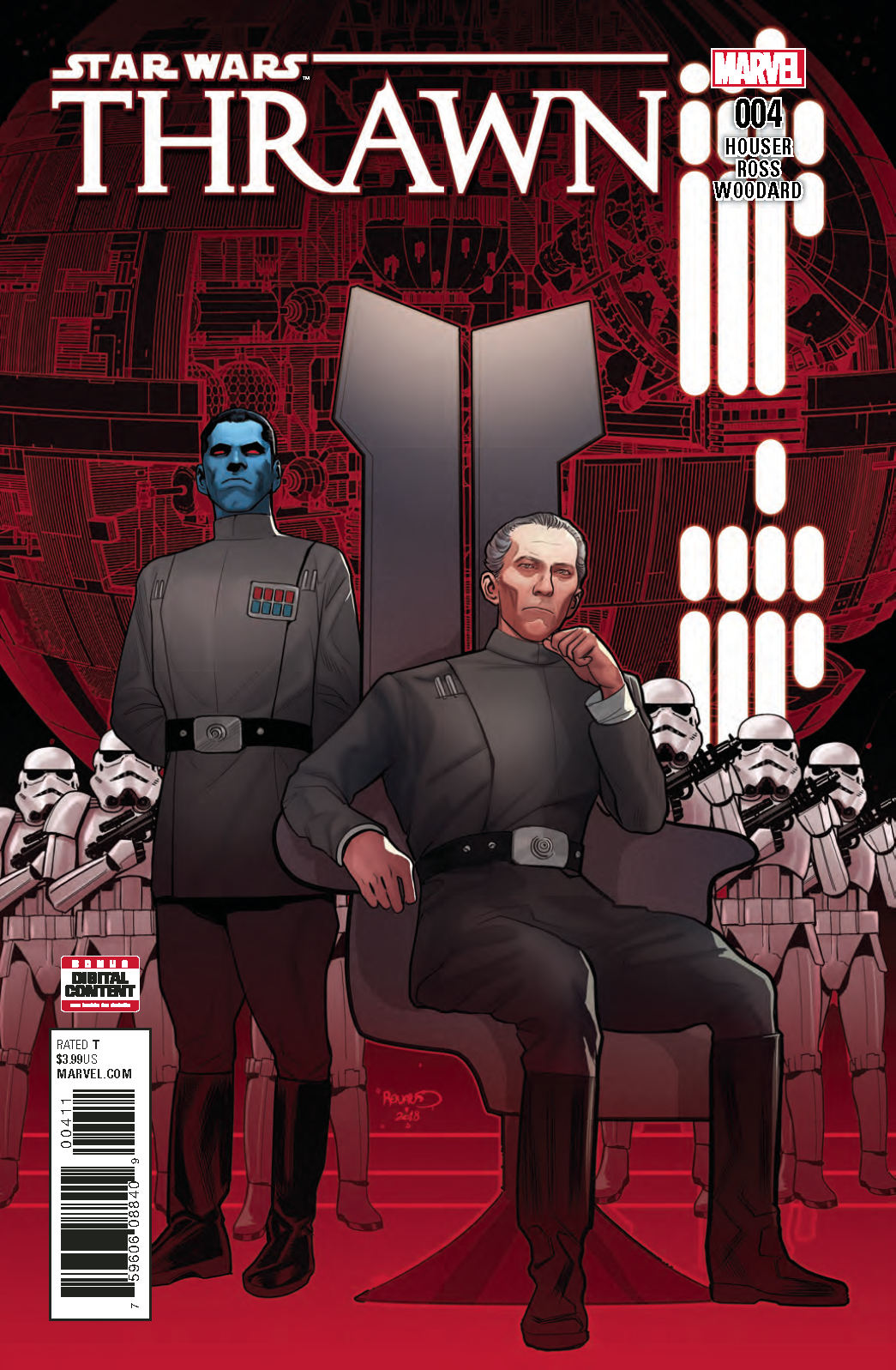 MAR180970
(W) Jody Houser (A) Luke Ross (CA) Paul Renaud
"THE RISE OF THE GRAND ADMIRAL" CONTINUES!
Thrawn's rise in the Imperial Empire continues at a trajectory one can only dream of. Meanwhile, Eli Vanto is still stuck in the same position as when he graduated - Thrawn's aide. But will Thrawn's obsession and pursuit of the mysterious crimelord "Nightswan" lead both Imperials to success in the Emperor's eyes? Help comes from mysterious places in the Empire...
Rated T
In Shops: May 09, 2018
SRP: $3.99
View All Items In This Series