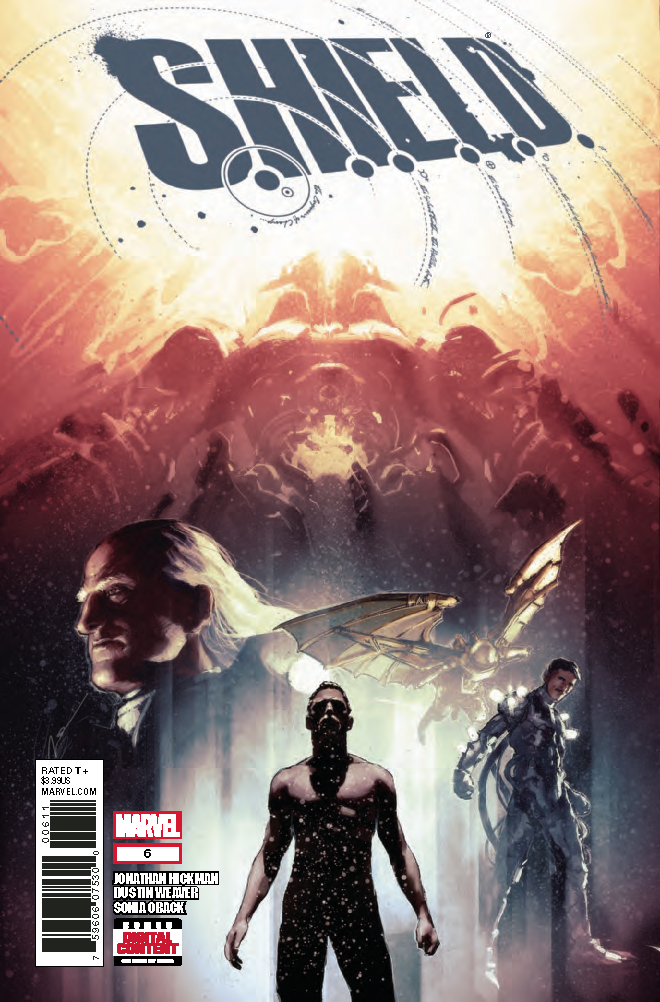 MAR180863
(W) Jonathan Hickman (A) Dustin Weaver (CA) Gerald Parel
JONATHAN HICKMAN & DUSTIN WEAVER'S UNFINISHED EPIC GETS ITS CONCLUSION!
•  Jonathan Hickman and Dustin Weaver's unfinished epic of 2010-2011 finally gets its conclusion!
•  The Brotherhood of the Shield is made of the likes of Da Vinci, Stark, Tesla and Richards, but they're in trouble.
•  Sir Issac Newton stands with his foot on the world's throat and no one can stop him!
•  The battle that decides our present is waged in the future!
Rated T+
In Shops: Jun 13, 2018
SRP: $3.99
View All Items In This Series