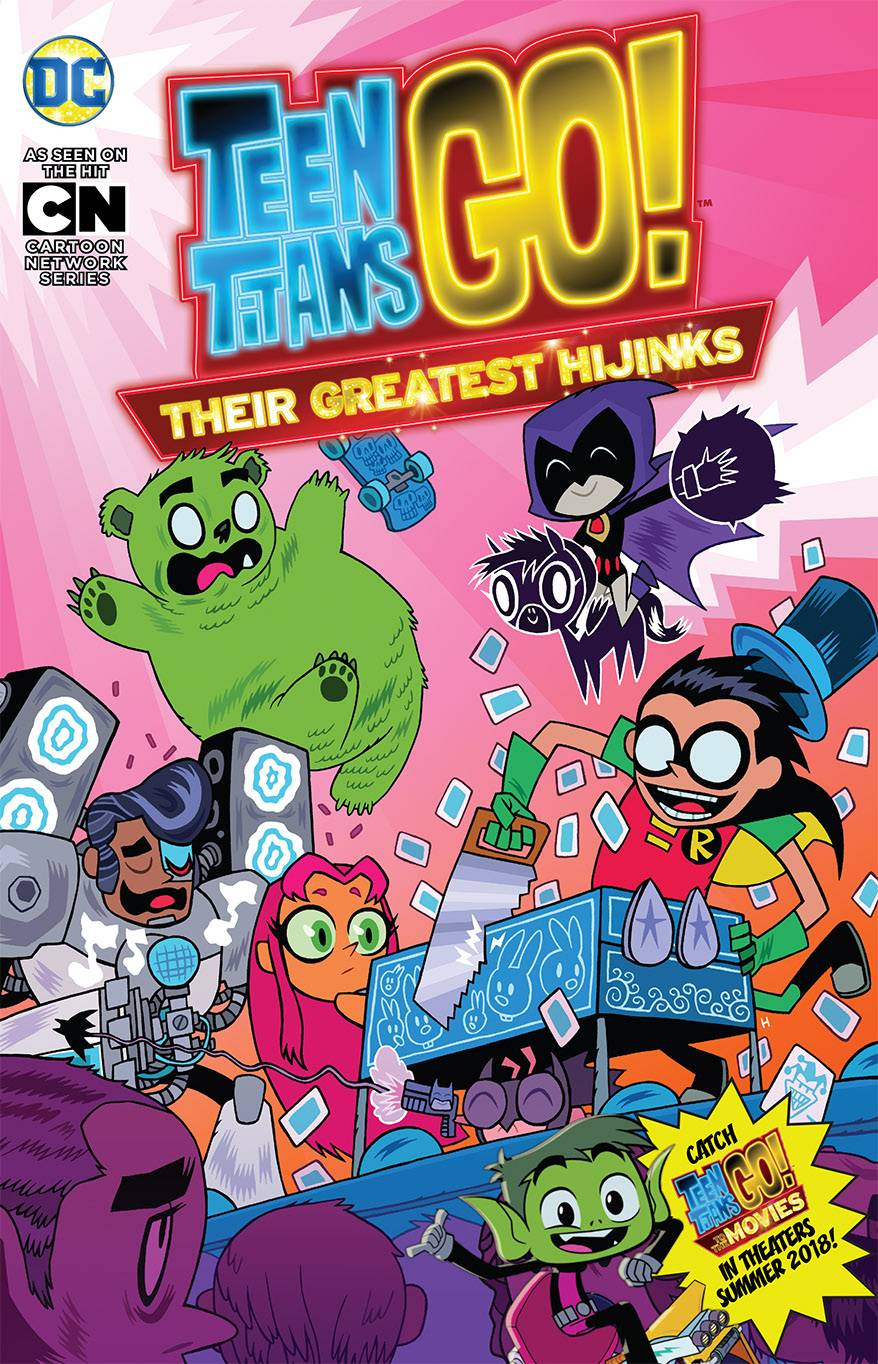 #
MAR180356
(W) Sholly Fisch, Merrill Hagan, Amy Wolfram, Heather Nuhfer (A) Marcelo Di Chiara, Dario Brizuela, Jorge Corona, Ben Bates, Jeremy Lawson (CA) Dan Hipp
Spinning off of the hit Cartoon Network animated series Teen Titans Go!, Robin, Starfire, Beast Boy, Cyborg and Raven take over the big screen in their first-ever movie! But before you catch them in theaters, catch up with the Titans in this new title featuring their greatest comics stories! Whether it's taking down their arch-foes or a few dozen pizzas, the world's best teenage heroes put together some of the funniest adventures on the stands today!
In Shops: Jun 13, 2018
SRP: $9.99
ORDER WISH LIST