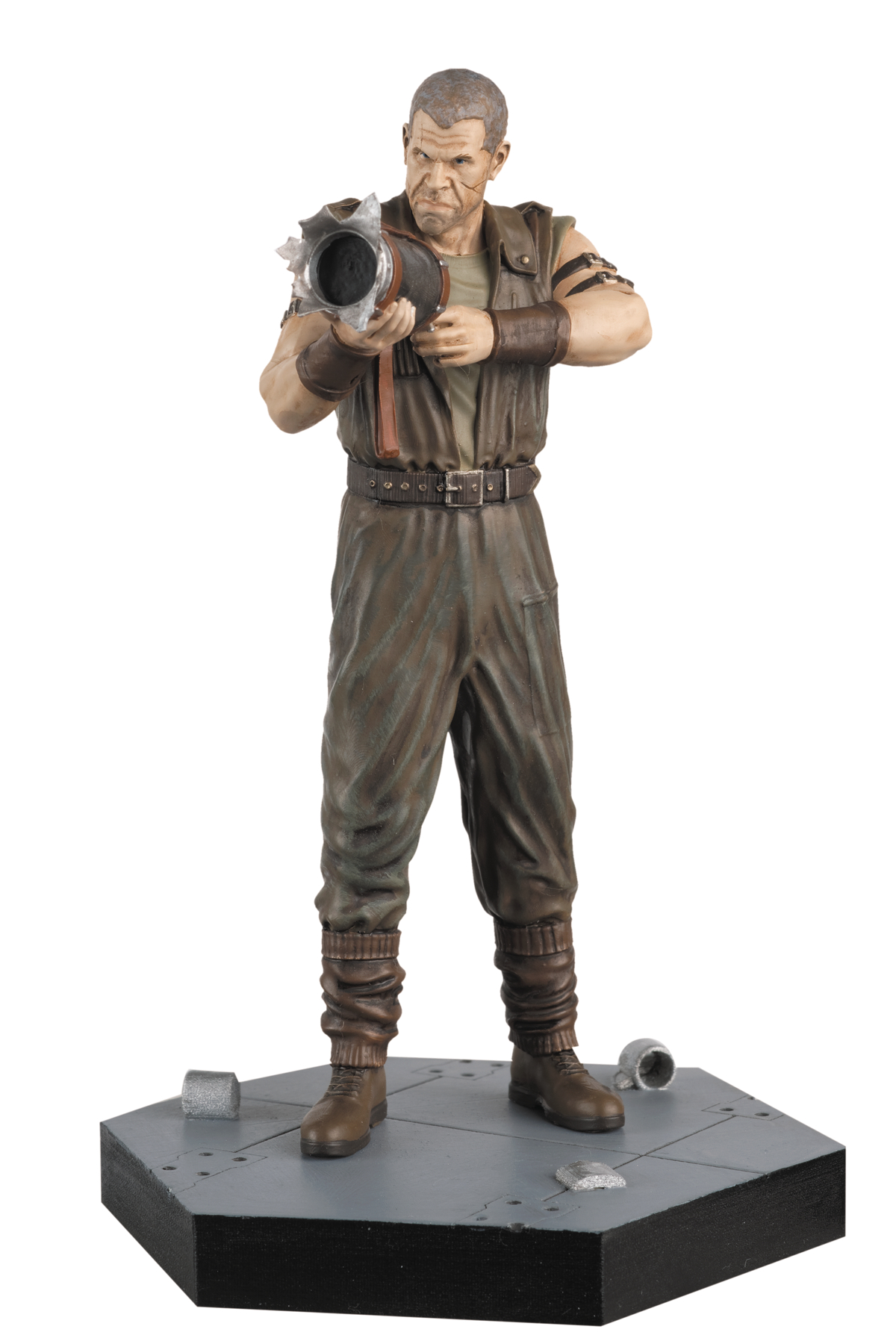 MAR172765
The definitive Alien and Predator figurine collection, presenting characters from the Alien, Predator, AVP and Prometheus movie franchises, in terrifyingly realistic detail at 1:16 scale. These figures are cast in a specially formulated metallic resin and painted by hand.
Ron Johner is an immature and aggressive bully paid to kidnap human subjects for use in lethal experiments. He's also brutally honest, fiercely loyal, and exactly the kind of guy you need during an alien outbreak. Johner, portrayed by Ron Perlman, is one of the few people to escape the xenomorph infestation on-board the USM Auriga in 1997's Alien Resurrection. Your figurine shows the mercenary moments after unleashing his improvised weaponry on some unsuspecting security agents trying to take down him and his crewmates.
In Shops: Aug 02, 2017
SRP: $29.95
View All Items In This Series