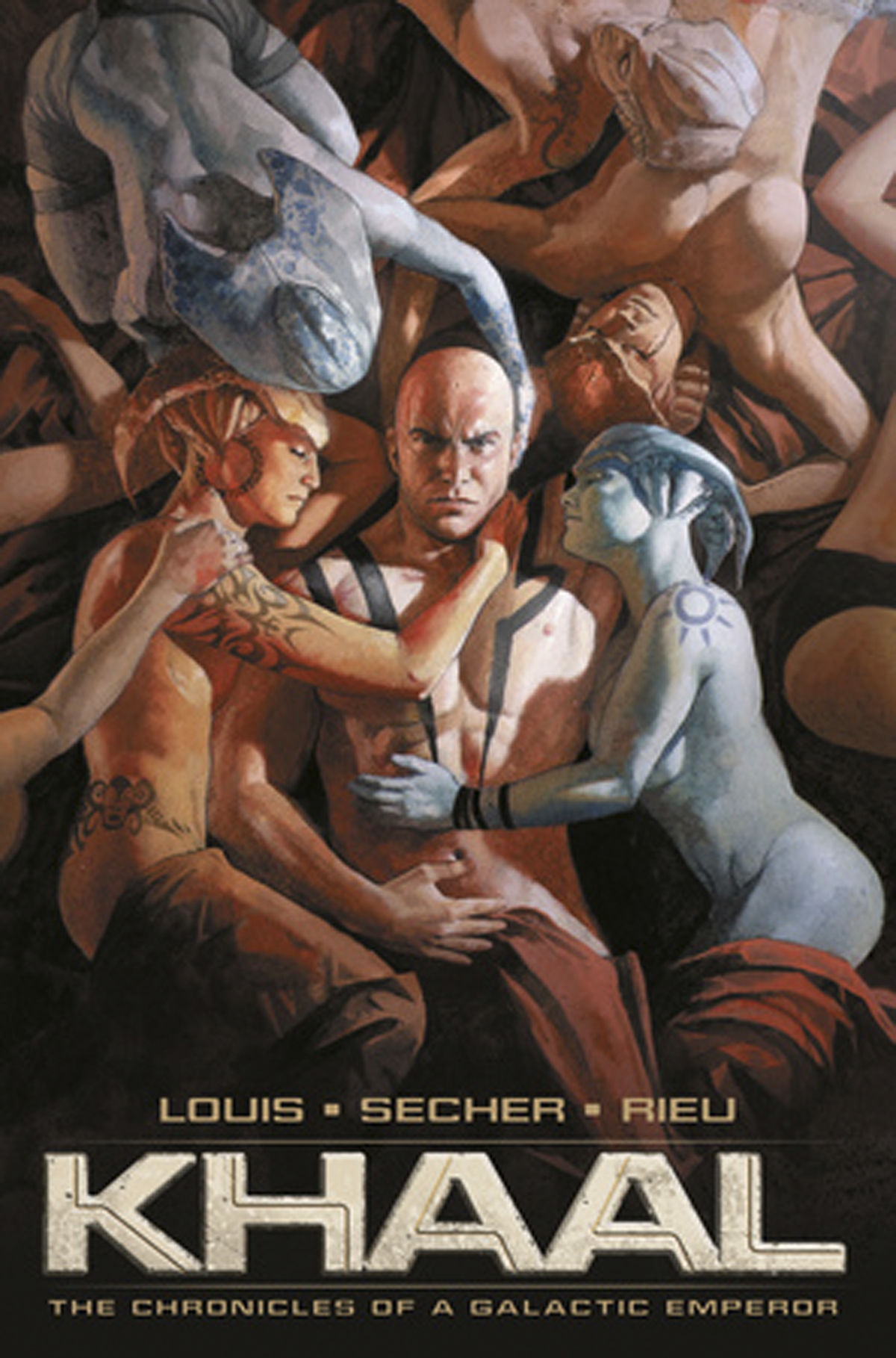 MAR172107
(W) Louis (A) Valentin Secher
Space is harsh. Only the strong survive. In the middle of a high-security secret gigantic galactic prison, the three dominant and ever-warring species must collaborate to operate the machinery that keeps them alive. But one terrifying warrior with unexplainable powers wishes to build himself an empire. The name the universe will never forget? Khaal, the Galactic Emperor!
In Shops: Jul 05, 2017
SRP: $19.99
ORDER WISH LIST