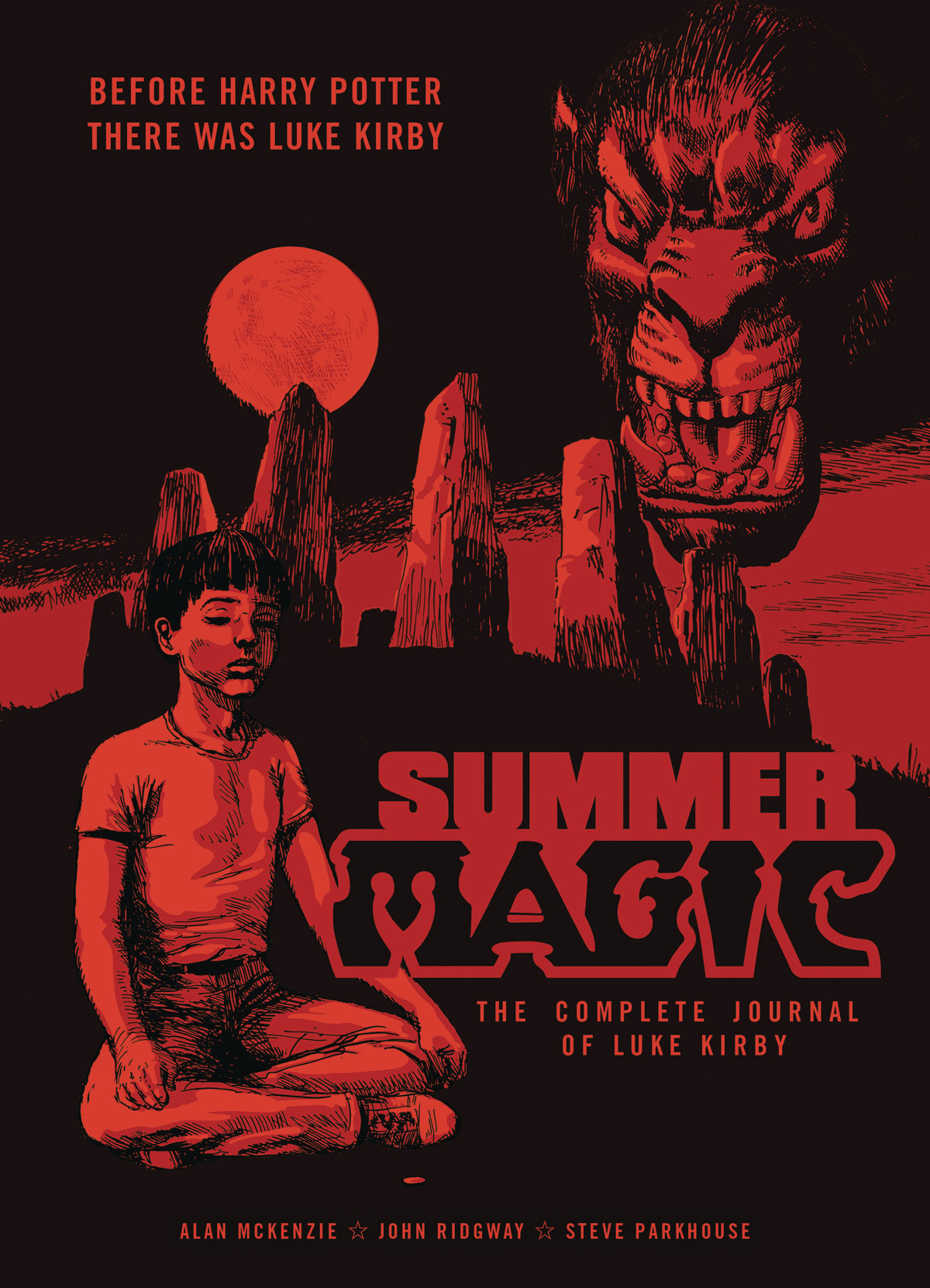 MAR171988
(W) Alan McKenzie (A/CA) John Ridgeway
Before Harry Potter, before Tim Hunter, there was Luke Kirby, the original schoolboy magician.
In the summer of 1962, young Luke Kirby is sent to stay with his Uncle Elias, a man he had never met, in a British village called Lunstead, while his mother recuperates from an illness. Elias reveals himself to be a magician, well versed in the alchemical arts and eager to pass his skills onto his young nephew. But as the apprenticeship begins a new, bestial horror begins to stalk those unfortunate enough to wander alone at night in the woods. Will the burgeoning magician be powerful enough to confront the monster? To enter this world of wonder, childhood innocence must be sacrificed.
In Shops: Jun 14, 2017
SRP: $28.99
ORDER WISH LIST