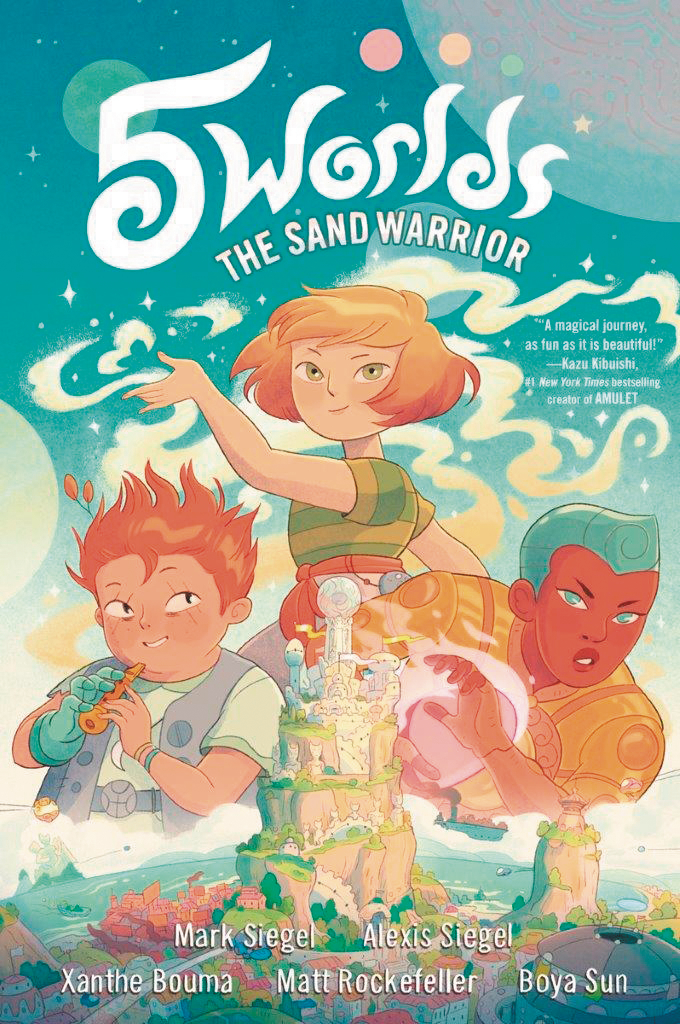 The #1 New York Times bestselling creator of Amulet, Kazu Kibuishi, hails this first book in this groundbreaking sci-fi/fantasy adventure series as "a magical journey, as fun as it is beautiful!" Think Star Wars meets Avatar: The Last Airbender!

The Five Worlds are on the brink of extinction unless five ancient and mysterious beacons are lit. When war erupts, three unlikely heroes will discover there's more to themselves-and more to their worlds-than meets the eye....

•  The clumsiest student at the Sand Dancer Academy, Oona Lee is a fighter with a destiny bigger than she could ever imagine.
•  A boy from the poorest slums, An Tzu has a surprising gift and a knack for getting out of sticky situations.
•  Star athlete Jax Amboy is beloved by an entire galaxy, but what good is that when he has no real friends?

When these three kids are forced to team up on an epic quest, it will take not one, not two, but 5 WORLDS to contain all the magic and adventure!

Series Overview: 5W is the branding for 5 Worlds, a new middle grade graphic novel fantasy series. Each book is set on one of the five planets that orbit near each other in this universe.