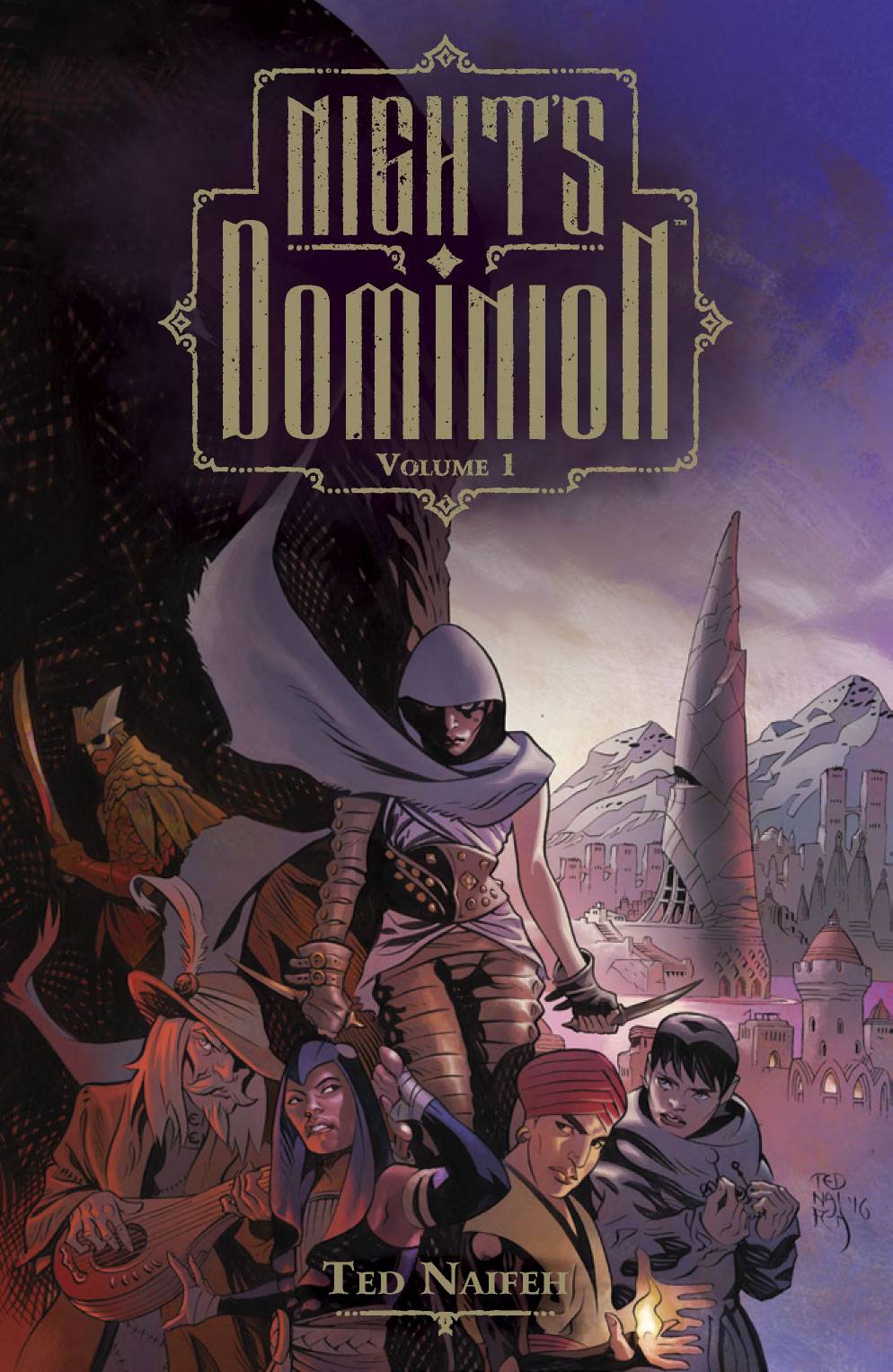 #
MAR171948
(W) Ted Naifeh (A/CA) Ted Naifeh
A thief, an assassin, a mage and a cleric walk into a tavern in the ancient city of Umber. Awaiting them is a mysterious bard with a dangerous scheme: to break into the dungeon of a powerful death cult in search of treasure. For these five desperate criminals, it's the last chance for hope in a city of corruption and despair.  But what they find instead is an undead army preparing to conquer the world. Now, they must fight to protect the city that pushed their backs to the wall, or watch it burn. The acclaimed fantasy epic from New York Times Best-Selling author Ted Naifeh (Courtney Crumrin, Princess Ugg) begins here!
In Shops: Jun 28, 2017
SRP: $9.99
View All Items In This Series