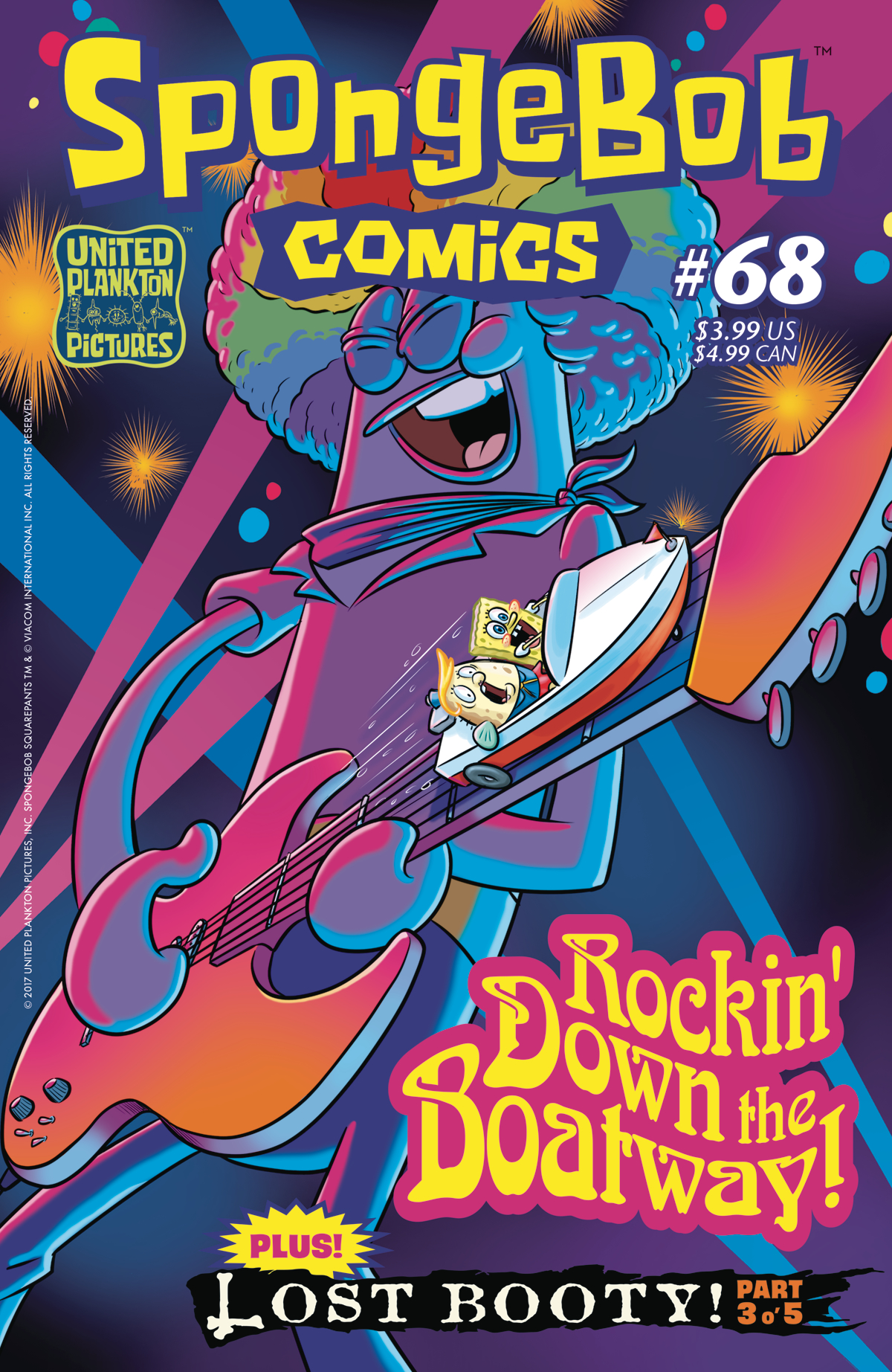 MAR171390
(W) Chuck Dixon, Derek Drymon (A) Jerry Ordway (A/CA) Gregg Schigiel
The irresistibly insipid harmonies of the pop quartet B BÖ have conquered the Seven Seas, and the band is touring every major city under the waves... except Bikini Bottom. To catch the band live, their most spazziest fan, a young fry cook named SpongeBob, must hit the road with his boating instructor, Mrs. Puff. But can Puff - and B BÖ themselves - survive traffic jams, food allergies, and...SpongeBob's driving? Find out in "Take a Boat to B BÖ!" Also, in part 3 of "Lost Booty," Deckhand Dottie and Fanboy Beard break into Pirate Prison for the next chapter of the lost SpongeBob comic! Plus "SpongeFunnies" by Kochalka and ocean facts from Maris Wicks!
In Shops: May 10, 2017
SRP: $3.99
View All Items In This Series