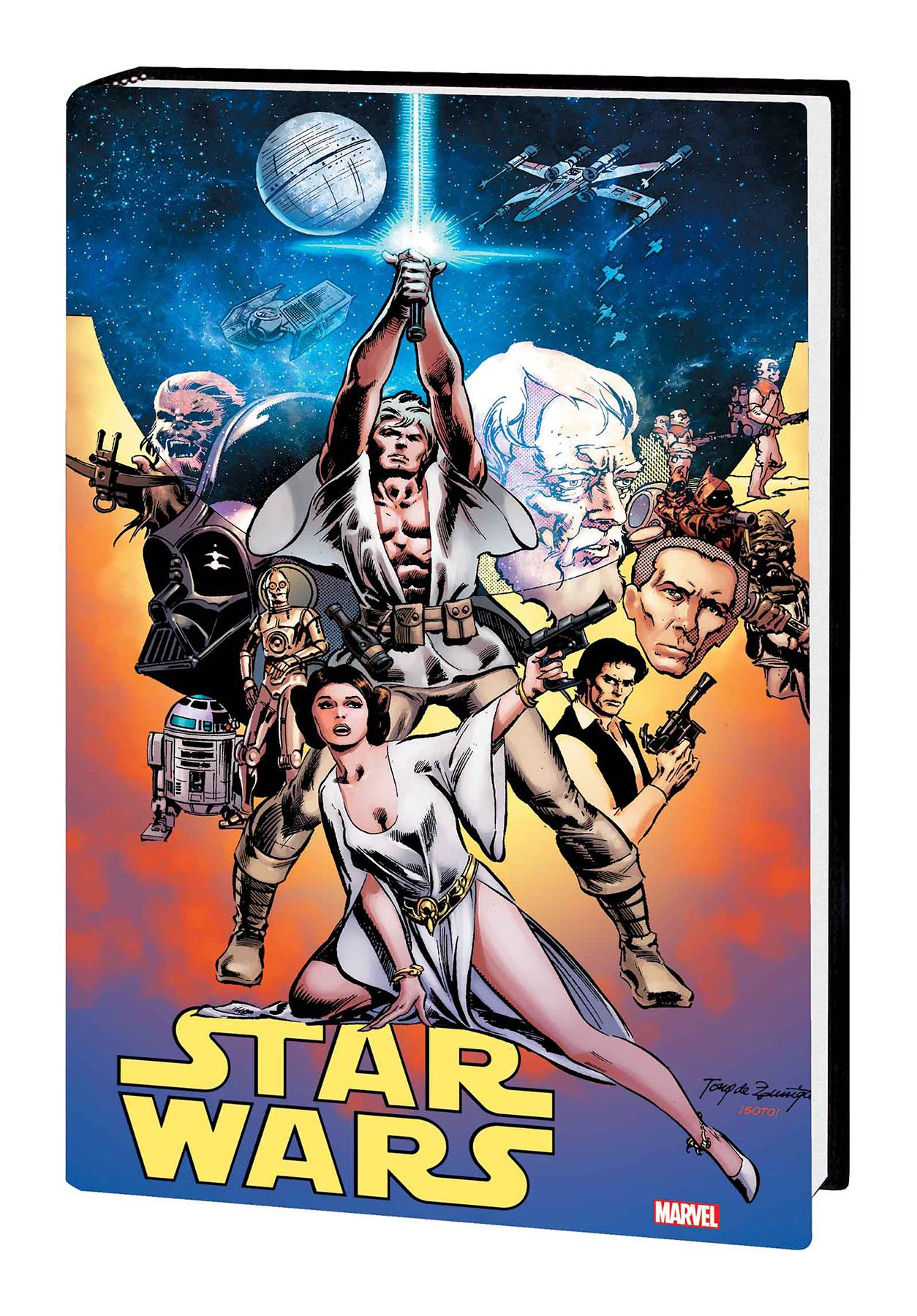 #
MAR171127
(W) Various (A) Various (CA) Tony DeZuniga
All your favorite Star Wars characters, from Luke Skywalker to Darth Vader to the Ewoks, in sensational adventures first published a long time ago and far, far away - in Britain in the '70s and '80s! Now, for the first time, these rarely-seen tales are collected in a single hardcover - along with a veritable treasure trove of UK-exclusive covers, pinups, posters, articles, interviews, star profiles, activities and other goodies never before seen by American eyes! Savor early stories by classic British creators, tales slated for the U.S. series but never published in America, and fascinating Star Wars rarities you didn't know existed! Collecting STAR WARS WEEKLY #60, #94-99 and #104-115; EMPIRE STRIKES BACK MONTHLY #149, #151 and #153-157; STAR WARS MONTHLY #159; EWOKS ANNUAL 1989; STAR WARS: THE OFFICIAL COLLECTORS' EDITION; and material from PIZZAZZ #10-16.
Rated T
In Shops: Sep 06, 2017
SRP: $100.00
ORDER WISH LIST