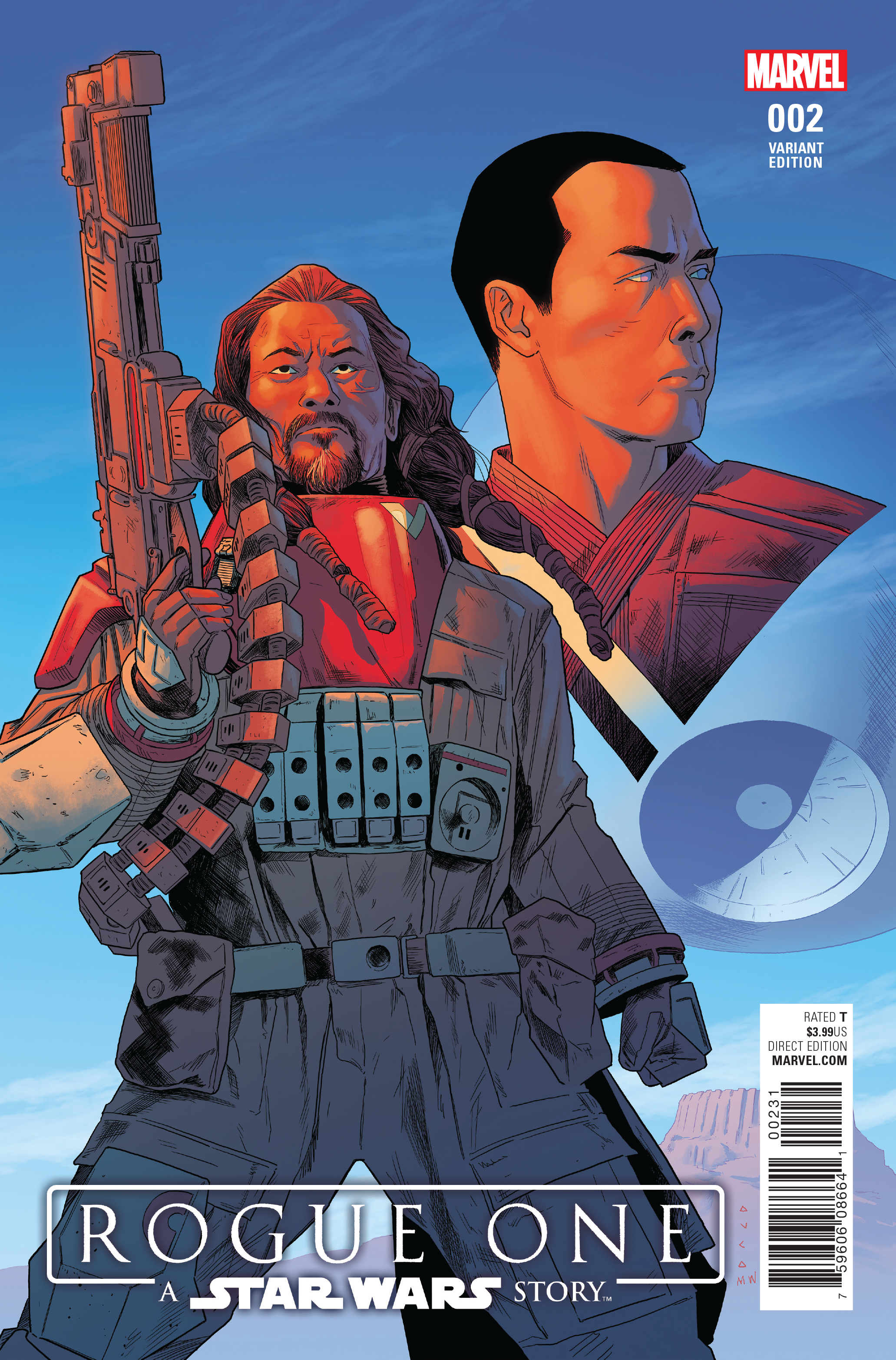 MAR171126
(W) Jody Houser (A) Emilio Laiso (CA) Kris Anka
• Jyn Erso continues her quest with Cassian Andor to help the Rebellion fight the sinister Galactic Empire.
•  Following the trail to the ancient Jedha City to find Rebel extremist Saw Guerra, Jyn and Cassian get caught in a firefight with the Empire...
•  ...only to then be taken prisoner by Saw's followers!
•  The Star Wars story continues!
Rated T
In Shops: May 03, 2017
SRP: $3.99
View All Items In This Series