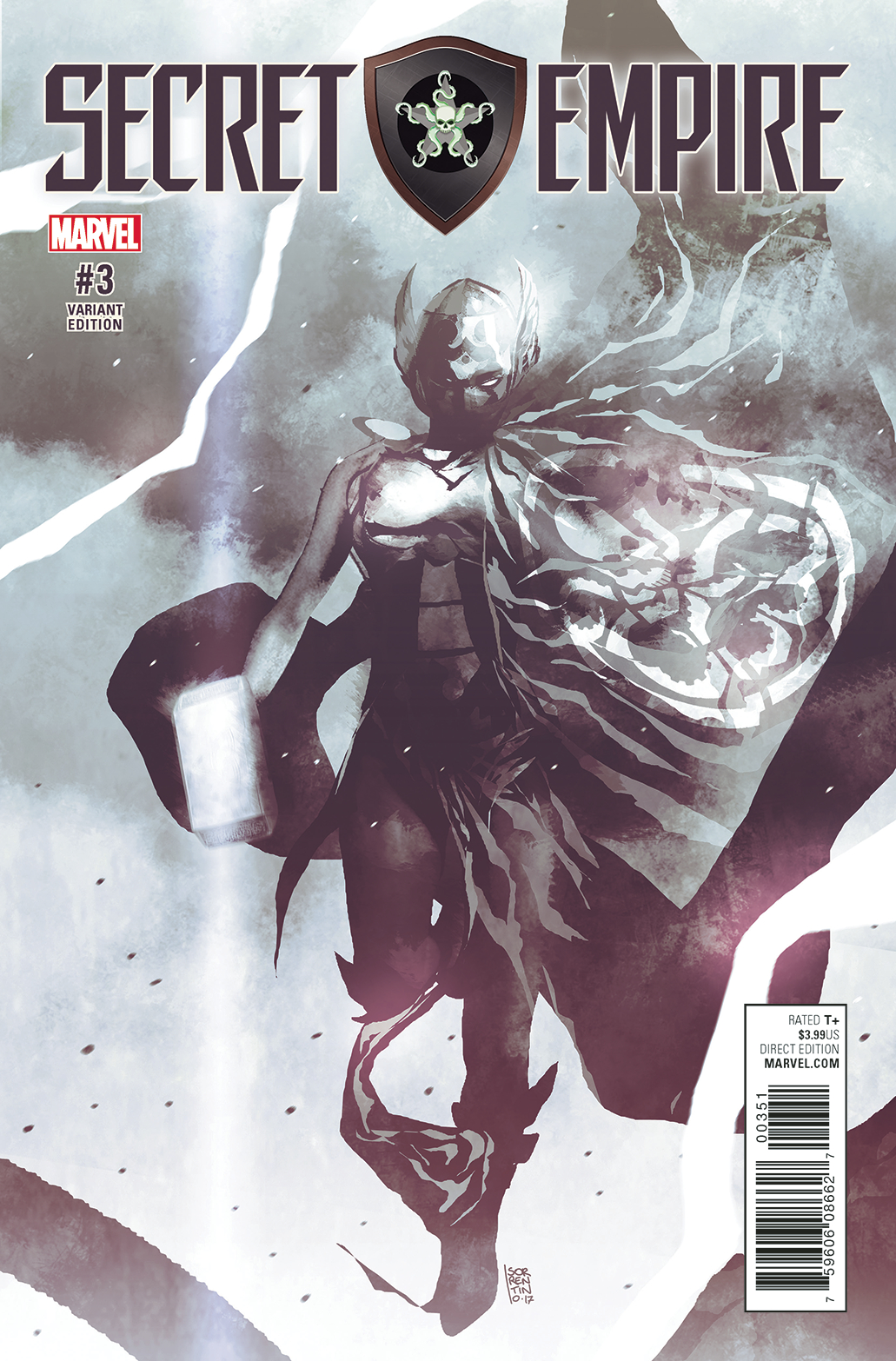 MAR170917
(W) Nick Spencer (A) Rod Reis (A/CA) Andrea Sorrentino
Under constant attack from wave after wave of invading Chitauri aliens, Captain Marvel and the deep space task force under her command is waging a war of attrition - one they may not be able to survive! And back on Earth, things aren't looking too rosy for Hawkeye and his band of renegade heroes, either! But don't worry -THE SECRET EMPIRE WILL AVENGE YOU!
Rated T+
In Shops: May 31, 2017
SRP: $3.99
View All Items In This Series