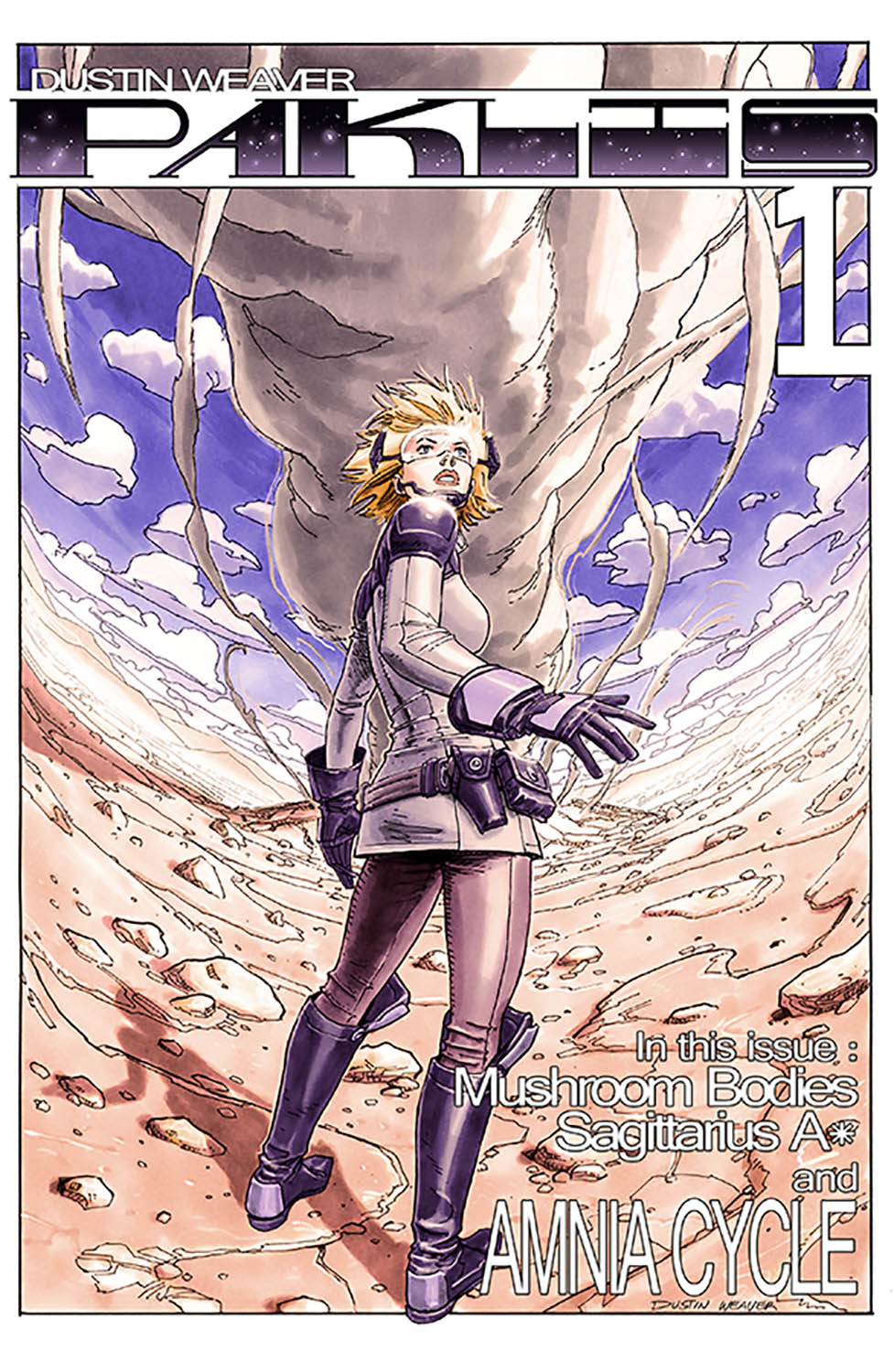 MAR170691
(W) Dustin Weaver (A/CA) Dustin Weaver
Do you accept the life you've been handed, or do you step into the unknown, even as it leads you into the shadows? In this new anthology series from writer/artist DUSTIN WEAVER, the characters in three mind-bending stories find themselves faced with this question.

In "MUSHROOM BODIES," Greg struggles with knowing what's real and fears becoming complacent in a world of human insects.

In the first installment of "SAGITTARIUS A*," war hero Linus Rad is on a mission to the center of the galaxy to learn the dark secrets of his dead father's scientific experiments.

In the first chapter of "AMNIA CYCLE," Tara, a young Jet-Wing pilot, goes AWOL in the war against the Nuriel in order to help Amnia, a mysterious alien with no memory of where she came from and a desperate need to stop a terrible disaster! When Amnia disappears, it sends Tara on an adventure into the Shadow Zone.