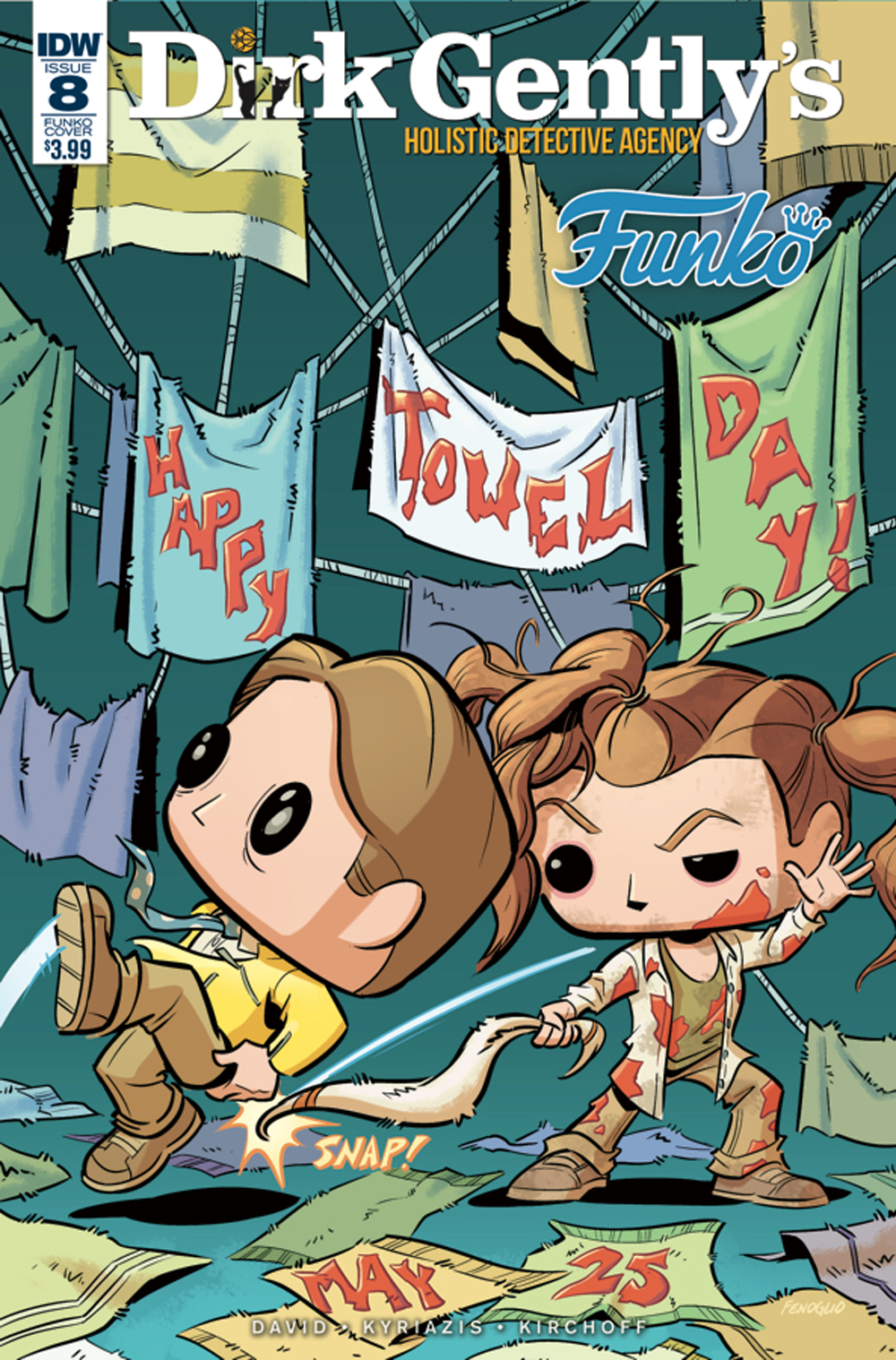 MAR170570
(W) Arvind Ethan David (A) Ilias Kyriazis (CA) Chris Fenoglio
Sally runs afoul of Hugo Friendkin and must rely on Dirk to come to her rescue!  Featuring favorite characters from the original books as well as the cast from the TV series, including Samuel Barnett and Elijah Wood!