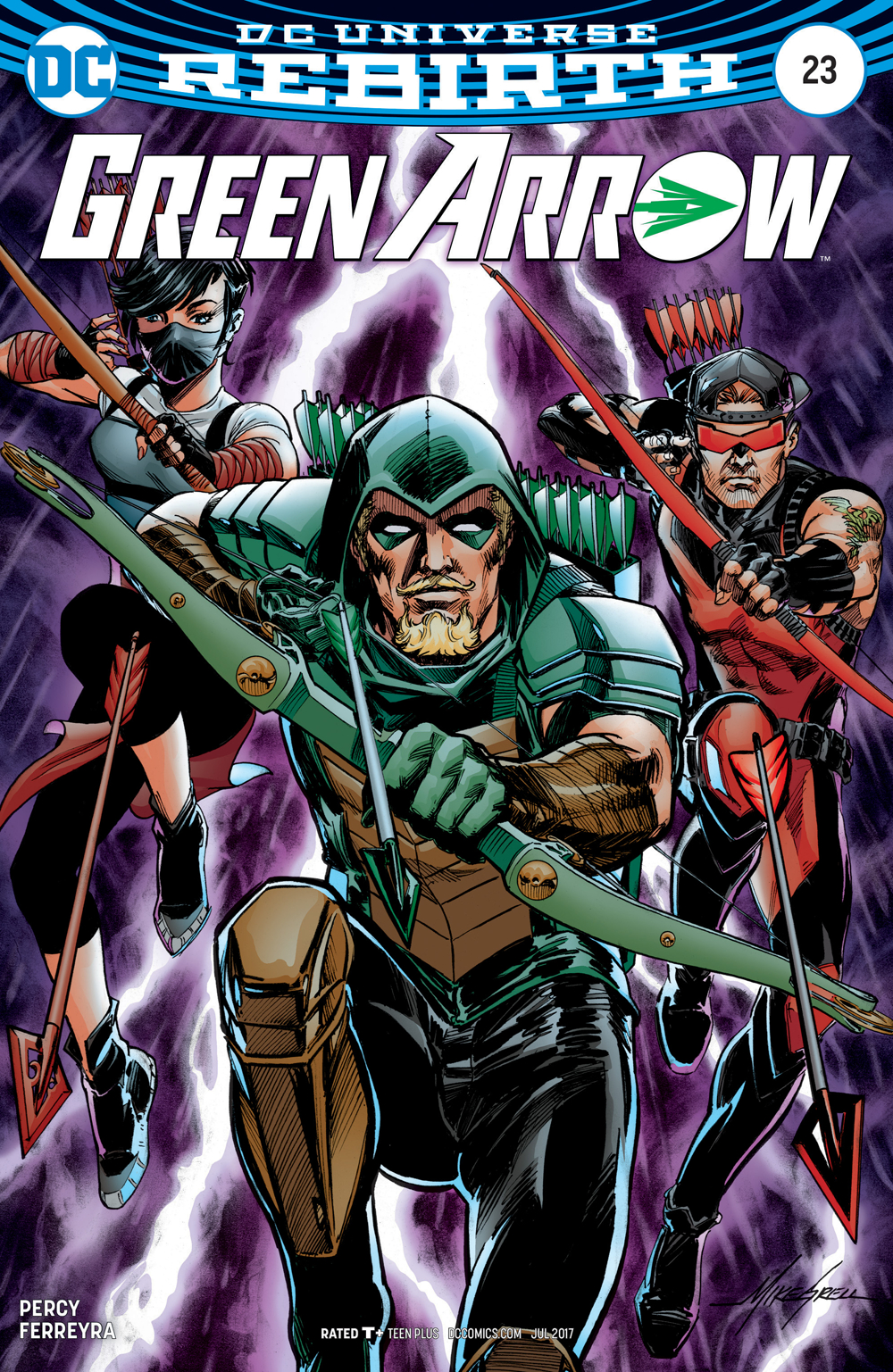 MAR170293
(W) Ben Percy (A) Juan Ferreyra (CA) Mike Grell
"THE RISE OF STAR CITY" part three! As Green Arrow discovers the Ninth's Circle's true plan for Seattle, so too does Oliver Queen learn the truth about his family's ancient role in the city's coming destruction. Shocking secrets are laid bare as the biggest GREEN ARROW story ever drives toward its epic conclusion.
RATED T+
In Shops: May 17, 2017
SRP: $2.99
View All Items In This Series