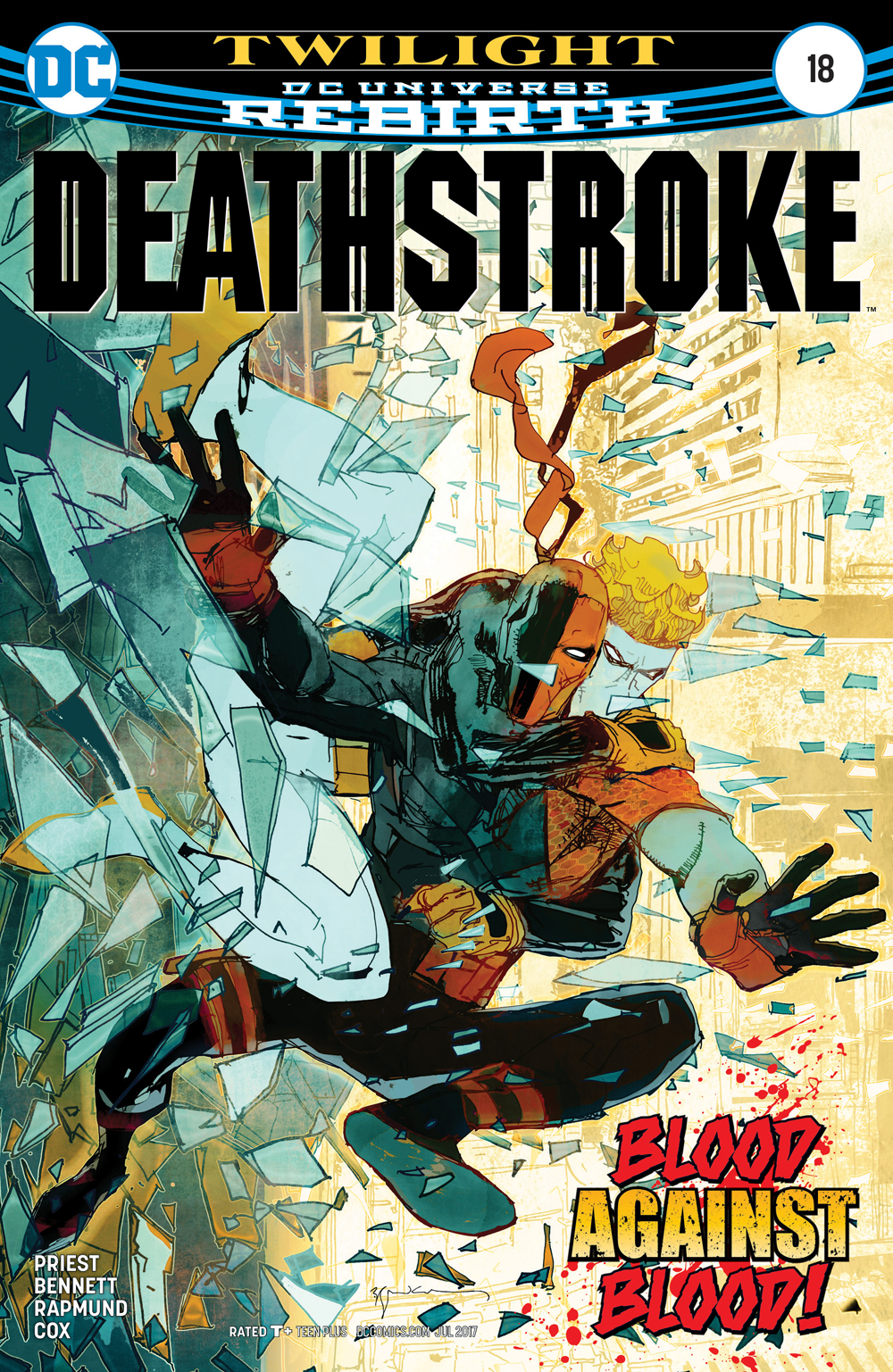 MAR170282
(W) Christopher Priest (A) Joe Bennett, Norm Rapmund (CA) Bill Sienkiewicz
"Twilight" finale! In the wake of his fiancé's death, Jericho seeks revenge against the suspected murderer-his own father! But was Deathstroke truly responsible for Etienne's demise? And if not, who could have committed such a nefarious crime? It's a Wilson family affair as Slade, Joseph and Rose clash in the blood-soaked finale to "Twilight!"
RATED T+
In Shops: May 03, 2017
SRP: $2.99
View All Items In This Series