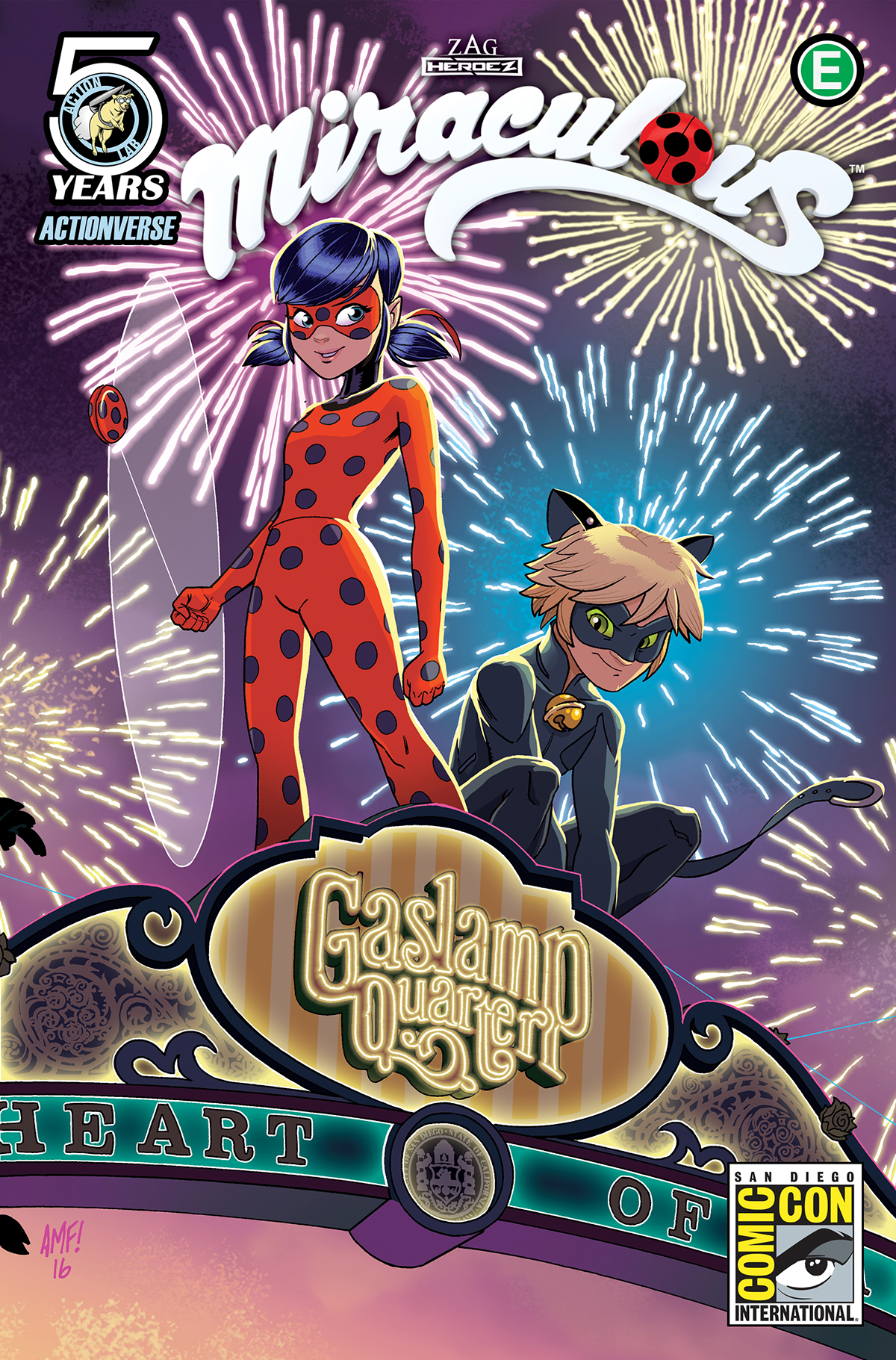 MAR169038
(W) Zag Entertainment (A) Zag Entertainment (CA) Tony Fleecs
Marinette is the sweetest girl in Paris. With a big crush on a boy at school, a big dream of becoming a fashion designer, and a big problem with being totally awkward, she's just your average teenage girl, right? Did we mention she's also the crime fighting superhero, Ladybug? Becoming Ladybug is a complicated process! First, Marinette needs a "Kwami," which is a tiny magical assistant (hers is named Tikki). She also needs a "Miraculous," which is a magical accessory (hers is a pair of earrings). Tikki uses the Miraculous to transform Marinette. But her Ladybug super powers only work for a limited time! When Hawk Moth uses his mind-controlling, moth-like creatures called akuma to turn people into baddies, it's up to Ladybug to capture them and save the day! Well, she gets a little help from her superhero friend, Cat Noir... but she insists she doesn't need him. If only she knew Cat Noir's true identity - her crush, Adrien! Will Ladybug and Cat Noir be able to balance their double lives and keep Paris safe? Will they ever find out each other's true identity, or who's behind Hawk Moth's mask? Until then - there's a whole city of baddies to defeat ... spots on, claws out!
Limited to 500 copies
In Shops: Jun 15, 2016
SRP: $8.99
View All Items In This Series
ORDER SUBSCRIBE WISH LIST